SRPassing Co-translational Targeting: The Role of the Signal Recognition Particle in Protein Targeting and mRNA Protection
Previous Article in Journal

RbfA Is Involved in Two Important Stages of 30S Subunit Assembly: Formation of the Central Pseudoknot and Docking of Helix 44 to the Decoding Center

Ribosome biogenesis is essential for plants to successfully acclimate to low temperature. Without dedicated steps supervising the 60S large subunits (LSUs) maturation in the cytosol, e.g., Rei-like (REIL) factors, plants fail to accumulate dry weight and fail to grow at suboptimal low temperatures. Around REIL, the final 60S cytosolic maturation steps include proofreading and assembly of functional ribosomal centers such as the polypeptide exit tunnel and the P-Stalk, respectively. In consequence, these ribosomal substructures and their assembly, especially during low temperatures, might be changed and provoke the need for dedicated quality controls. To test this, we blocked ribosome maturation during cold acclimation using two independent reil double mutant genotypes and tested changes in their ribosomal proteomes. Additionally, we normalized our mutant datasets using as a blank the cold responsiveness of a wild-type Arabidopsis genotype. This allowed us to neglect any reil-specific effects that may happen due to the presence or absence of the factor during LSU cytosolic maturation, thus allowing us to test for cold-induced changes that happen in the early nucleolar biogenesis. As a result, we report that cold acclimation triggers a reprogramming in the structural ribosomal proteome. The reprogramming alters the abundance of specific RP families and/or paralogs in non-translational LSU and translational polysome fractions, a phenomenon known as substoichiometry. Next, we tested whether the cold-substoichiometry was spatially confined to specific regions of the complex. In terms of RP proteoforms, we report that remodeling of ribosomes after a cold stimulus is significantly constrained to the polypeptide exit tunnel (PET), i.e., REIL factor binding and functional site. In terms of RP transcripts, cold acclimation induces changes in RP families or paralogs that are significantly constrained to the P-Stalk and the ribosomal head. The three modulated substructures represent possible targets of mechanisms that may constrain translation by controlled ribosome heterogeneity. We propose that non-random ribosome heterogeneity controlled by specialized biogenesis mechanisms may contribute to a preferential or ultimately even rigorous selection of transcripts needed for rapid proteome shifts and successful acclimation. View Full-Text
Keywords: functional heterogeneity; paralog subfunctionalization; remodeling; ribosomal code; ribosome-associated proteins; ribosome biogenesis; stress-specialized ribosomes; substoichiometry functional heterogeneity; paralog subfunctionalization; remodeling; ribosomal code; ribosome-associated proteins; ribosome biogenesis; stress-specialized ribosomes; substoichiometry
►▼ Show Figures 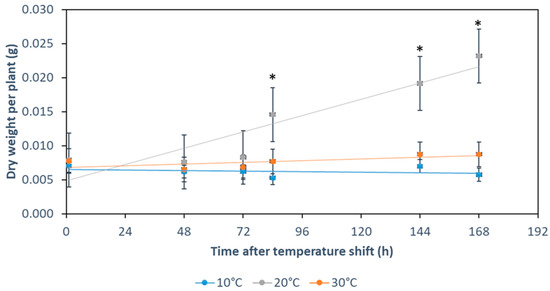