Motivation: Bringing a new drug to the market is expensive and time-consuming. To cut the costs and time, computer-aided drug design (CADD) approaches have been increasingly included in the drug discovery pipeline. However, despite traditional docking tools show a good conformational space sampling ability, they are still unable to produce accurate binding affinity predictions. This work presents a novel scoring function for molecular docking seamlessly integrated into DockingApp, a user-friendly graphical interface for AutoDock Vina. The proposed function is based on a random forest model and a selection of specific features to overcome the existing limits of Vina’s original scoring mechanism. A novel version of DockingApp, named DockingApp RF, has been developed to host the proposed scoring function and to automatize the rescoring procedure of the output of AutoDock Vina, even to nonexpert users. Results: By coupling intermolecular interaction, solvent accessible surface area features and Vina’s energy terms, DockingApp RF’s new scoring function is able to improve the binding affinity prediction of AutoDock Vina. Furthermore, comparison tests carried out on the CASF-2013 and CASF-2016 datasets demonstrate that DockingApp RF’s performance is comparable to other state-of-the-art machine-learning- and deep-learning-based scoring functions. The new scoring function thus represents a significant advancement in terms of the reliability and effectiveness of docking compared to AutoDock Vina’s scoring function. At the same time, the characteristics that made DockingApp appealing to a wide range of users are retained in this new version and have been complemented with additional features. View Full-Text
Keywords: docking; scoring; function; machine learning; random forest docking; scoring; function; machine learning; random forest
►▼ Show Figures 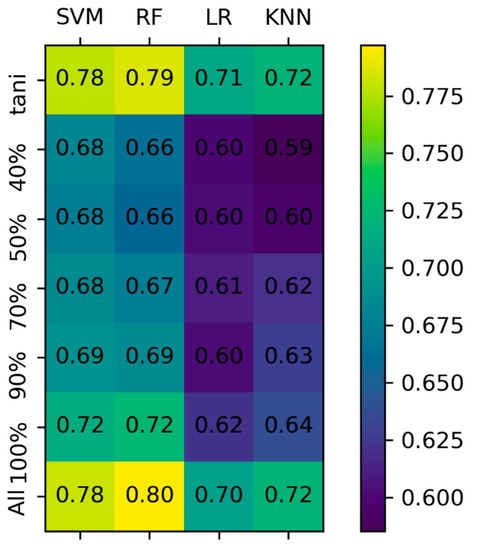