Hepatocellular Carcinoma—The Influence of Immunoanatomy and the Role of Immunotherapy

The Epigenetic Overlap between Obesity and Mood Disorders: A Systematic Review

(1) Background: Obesity and mood disorders are considered as the most prevalent morbidities in many countries. We suppose that epigenetic mechanisms may induce higher rates of obesity in subjects who suffer from mood disorders. In this systematic review, we focused on the potential roles of DNA methylation on mood disorders and obesity development. (2) Methods: This systematic review was conducted in accordance with the PRISMA statement and registered in Prospero. A systematic search was conducted in MEDLINE, Scopus, Web of Science, Cochrane Central database, EMBASE, and CINHAL. We also conducted a Grey literature search, such as Google Scholar. (3) Results: After deduplication, we identified 198 potentially related citations. Finally, ten unique studies met our inclusion criteria. We have found three overlap genes that show significant DNA methylation changes, both in obesity and depression. Pathway analysis interaction for TAPBP, BDNF, and SORBS2 confirmed the relation of these genes in both obesity and mood disorders. (4) Conclusions: While mechanisms linking both obesity and mood disorders to epigenetic response are still unknown, we have already known chronic inflammation induces a novel epigenetic program. As the results of gene enrichment, pathways analysis showed that TAPBP, BDNF, and SORBS2 linked together by inflammatory pathways. Hypermethylation in these genes might play a crucial rule in the co-occurrence of obesity and mood disorders.
Keywords: epigenetics; obesity; mood disorders; depression epigenetics; obesity; mood disorders; depression

Obesity and mood disorders are considered as the most prevalent morbidities in developed and developing countries [1,2,3]. The worldwide prevalence of obesity has nearly tripled since 1975. In 2016, more than 650 million adults were obese and 38 million children under the age of 5 were overweight or obese in 2019 [4]. The prevalence of mood disorders differs based on sex and disease. For example, the prevalence of major depressive disorder (MDD) and anxiety are 17.4% and 18.2% in men, 22.7% and 23.6 in women, respectively [5].
A combination of genetics and environmental factors affect the incidence and development of obesity and mood disorders [6,7]. The type and amount of food consumed during depression appeared to be significantly correlated and could affect the weight in a long time [8]. It has been well-established that 12% of the responsible genes for obesity are shared with depression [9], and changes in the mutual pathways of the shared genes could lead to altering the pathological eating behavior in patients with mood disorders. In addition, antidepressant drugs can alter body mass indexes [10,11,12].
One of the possible biological changes that could be responsible for the co-occurrence of these disorders might be epigenetic changes [13,14]. Epigenetics could legitimize modifications in the chromatin level, which alters the expression of genes involved in obesity and mood disorder [15,16]. Epigenetics could explain complex interactions between the genome and the environment. Epigenetic modifications, such as DNA methylation and histone modification, alter DNA accessibility and chromatin structure, thereby regulating patterns of gene expression [17]. For example, increasing the methylation of DNA reduces the expression of genes, while decreasing methylation is associated with increased gene expression [18]. DNA methylation occurs in the whole genome but could play an important role in repressing gene transcription when affecting the gene promoter (especially in the CpG islands, shore, and shelves) [19]. The relationship between DNA methylation and obesity and mood disorders has been reported previously [20,21,22,23,24].
The critical question is whether epigenetic changes in overlapped genes could cause obesity and mood disorders. In other words, mood disorders, especially depression, may result in obesity through DNA methylation of the shared genes, which could affect the body composition. We hypothesized that epigenetic mechanisms might induce higher rates of obesity in subjects who suffer from mood disorders. Therefore, in this article, we focused on the potential roles of DNA methylation on mood disorders and obesity development. To answer this question, we systematically reviewed the studies investigating the methylation regions in overlap genes in patients with obesity or mood disorders. Then, we discussed possible pathways that are impressed by DNA methylation in overlap genes and possible consequent changes.

This systematic review was conducted following the PRISMA (Preferred Reporting Items for Systematic Reviews and Meta-Analyses) statement and was registered in a prospective international register of systematic reviews [PROSPERO (Prospective Register of Systematic Reviews). To find relevant articles, searches were made in MEDLINE via PubMed (www.pubmed.com; National Library of Medicine), Scopus (www.scopus.com), ISI Web of Science (www.thomsonreuters.com), Cochrane Central database, EMBASE, and CINHAL. We also searched Google Scholar (www.scholar.google.com) as Gray literature. There is no restriction regarding language, publication period, patient age (children or adult), or study design. The study identification also included manual search, based on the screening of the citations of the relevant studies.

We carried out a systematic search of DNA methylation in epigenome-wide association study (EWAS) for obesity. We reviewed EWAS study papers published until November 2019 for obesity or body mass index (BMI). All EWAS significant information such as reported genes, author(s), PubMed ID, date of publication, journal, discovery, and replication sample sizes was searched. An obesity gene was considered as a candidate gene if (1) at least one CpG site within or nearby to the gene was identified; and (2) it was functionally relevant to influence at least one of the genes related to obesity.

2.1.2. Step 2: Exploration of the Role of Differentiated Methylated Obesity Genes in Mood Disorders

In the second systematic search, we conducted a literature search in the above-mentioned data-source for any epigenome-wide association with the candidate gene analysis when the study is published in the fields of mood disorders until January 2020.

Three independent reviewers (MG, NM, MD) initially scanned titles and abstracts to select potential full-text articles for further study. When any reviewer could not exclude the title and abstract, the full text of the article was obtained via Isfahan University of Medical Sciences library. Any differences in opinion were resolved through team discussion. Inclusion or exclusion of each study was determined by discussion and consensus between the two reviews. A reference list of related articles was also checked for any missing related articles. We included cohort and case-control studies.
Data on the author(s), year of publication, sample size, study design, study cohort, experimental methods, type of tissues, candidate genes or genome, DNA purification method, DNA methylation method, DNA methylation validation, genotyping, gene expression, experimental factors, statistical methods, and significant findings were extracted independently by two reviewers. For those studies with multiple reports, a single record denoted one study with the information extracted from multiple reports. All disagreements were resolved through discussions. The reviewers endeavored to contact the original authors of the studies for any missing information in order to gather complete and consistent study information. Open-ended questions were used to prevent misleading answers.

The following inclusion criteria used: (1) Studies using EWAS approach focusing on the global DNA methylation since we aimed to find overlap methylated genes in both obesity and depression; (2) we consider all types of a mood disorders such as depression, bipolar and suicide.

Review articles, randomized clinical trials, or any paper with no quantitative data was omitted.

2.5. The Following Outcome Measures Were Considered

The outcome of interest was obesity, depression, psychological disorder, and suicide. We anticipated that DNA methylation levels would be reported as either categorical (DNA is either hypo-, hyper- or normally methylated) or continuous data (i.e., percentage of methylated DNA). We also searched abstracts from relevant conference papers.

2.6. Types of Tissue Samples Included in the Review

We decided to include methylation data regardless of the source of the sample, e.g., peripheral blood, placenta, umbilical cord blood, or buccal mucosa.

2.7. Format of Data Input for Factors

After deduplication, we identified 198 potentially related citations. Based on the title and abstract, 123 studies were excluded because of inappropriate exposure (gene mutations, gene polymorphism, and microRNA), irrelevant outcomes (autoimmune diseases, cancer, and inflammation-related diseases such as asthma), or both. We also excluded investigations conducted in mice or rats. Finally, ten studies were deliberated for full-text assessment. Figure 1 shows the detailed information of the process of study selection.
Table 1 presents a summary of the study characteristics of these selected studies. Most of the reviewed articles were published between 2014 and 2019, especially in the past four years. The selected studies mainly focused on both adults and adolescence. Most studies in this review were case-control or general population-based cohorts. There was a wide variety in terms of sample size, ranging from 5 to 115. Whole blood was the most commonly used biological sample analyzed by generally accepted DNA methylation methods, such as bisulfite conversion with pyrosequencing. Table 2 indicated the characteristics of the overlap genes. Table 3 displays a summary of biological pathways related to the TAPBP, BDNF, and SORBS2. Table 4 shows pathway analysis interaction for overlapped genes in obesity and mood disorders. Figure 2 demonstrate gene interaction between overlapped genes in obesity and mood disorders by the genemania software.

This study strengthens the novel findings related to the overlap genes in obesity and mood disorders but is limited in accessing row epigenome data to do gene enrichment analysis. None of the authors of the included studies were interested in responding to our inquiry to share their raw data to do a meta-analysis.

While mechanisms linking both obesity and mood disorders to epigenetic response are still unknown, it is well-known that chronic inflammation induces a novel epigenetic program. As the results of gene enrichment pathways analysis exhibited that TAPBP, BDNF, and SRBP2 are related together by inflammatory pathways, we hypothesis that hypermethylation in these genes might play a crucial role in the co-occurrence of obesity and mood disorders due to the inflammation process. Our results shed light on our understanding of such associations. Future studies should focus on the molecular pathophysiology of these disorders in the hope of opening new approaches for target treatment. 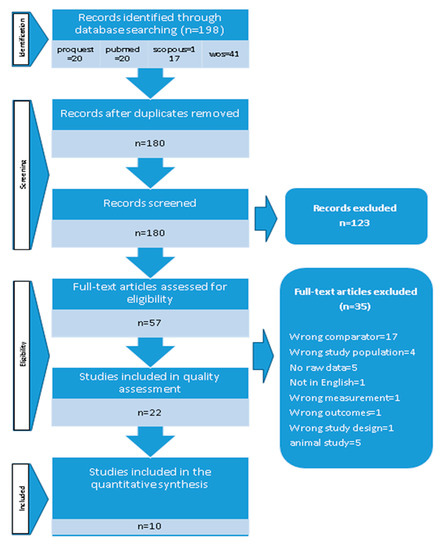 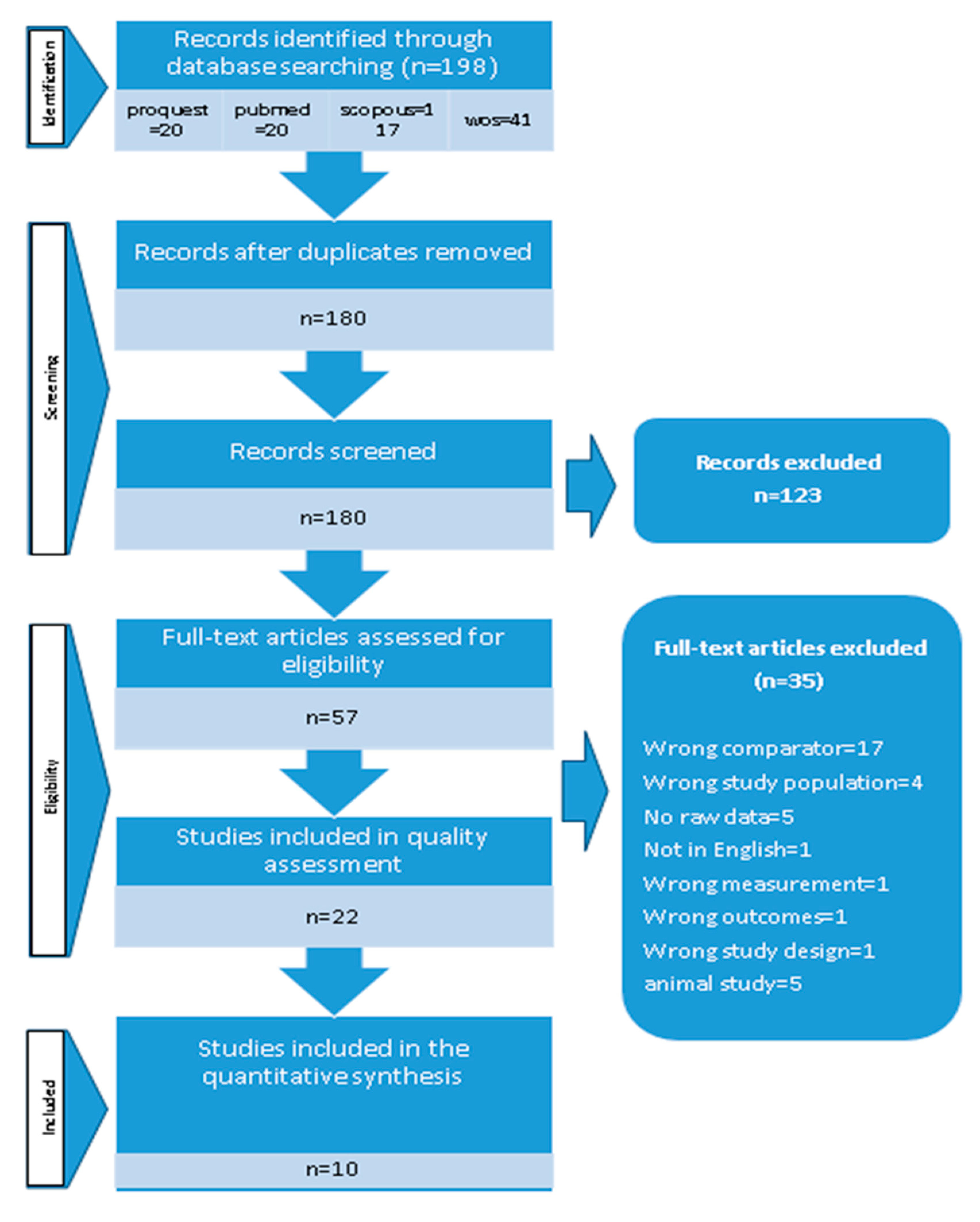 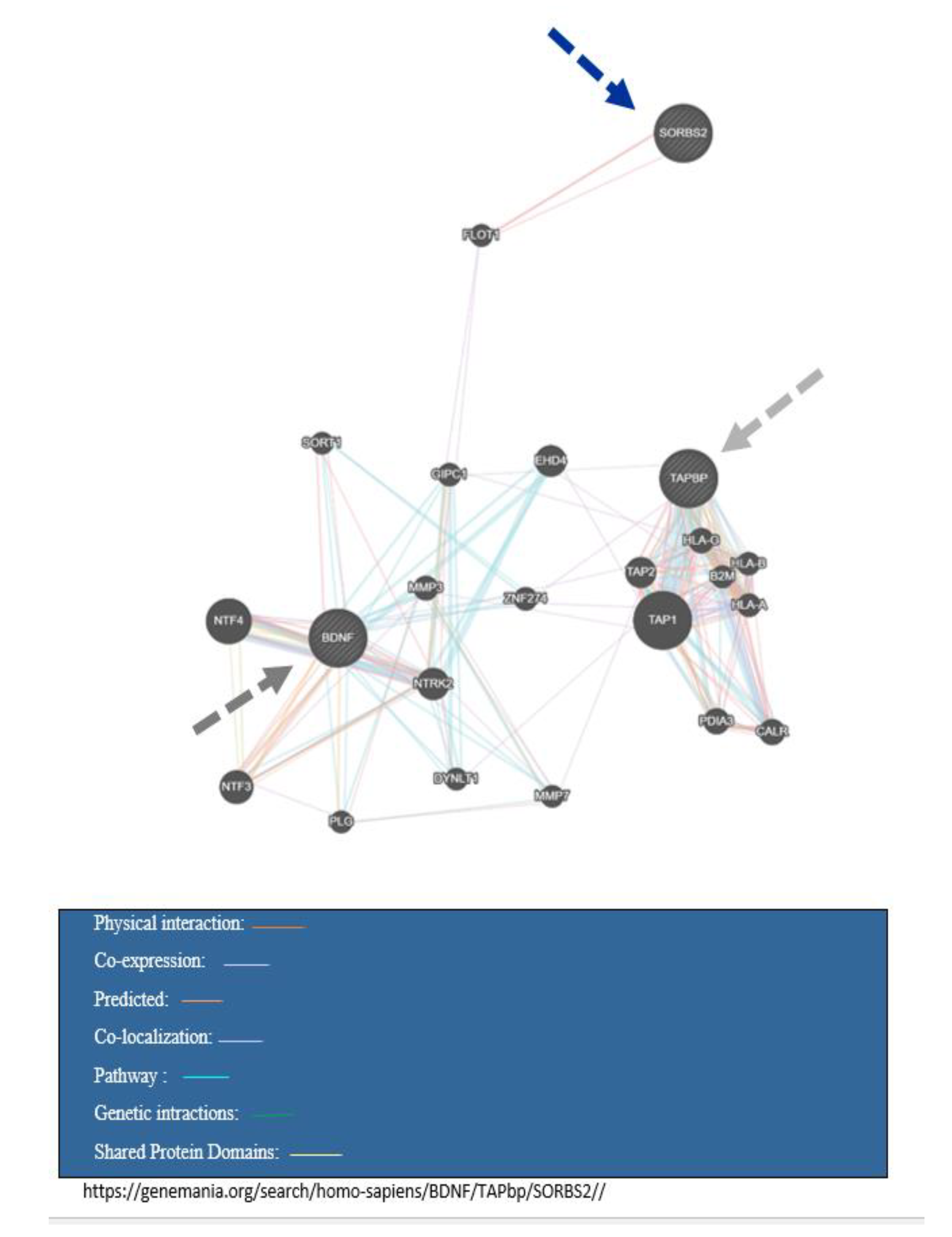 Table 4. Report of Black and down score.
Table 4. Report of Black and down score.
© 2020 by the authors. Licensee MDPI, Basel, Switzerland. This article is an open access article distributed under the terms and conditions of the Creative Commons Attribution (CC BY) license (http://creativecommons.org/licenses/by/4.0/).
We use cookies on our website to ensure you get the best experience. Read more about our cookies here.
Accept
We have just recently launched a new version of our website. Help us to further improve by taking part in this short 5 minute survey here. here.
Never show this again