Cancer Exosomes as Conveyors of Stress-Induced Molecules: New Players in the Modulation of NK Cell Response

Chronic kidney disease (CKD) leads to the loss of kidney function, as well as the dysfunction of several other organs due to the release of uremic toxins into the system. In a murine CKD model, reactive oxygen species (ROS) generation and endoplasmic reticulum (ER) stress are increased in the hippocampus. Mesenchymal stem cells (MSCs) are one of the candidates for cell-based therapy for CKD; however severe pathophysiological conditions can decrease their therapeutic potential. To address these issues, we established tauroursodeoxycholic acid (TUDCA)-treated MSCs using MSCs isolated from patients with CKD (CKD-hMSCs) and assessed the survival and ROS generation of neural cell line SH-SY5Y cells by co-culturing with TUDCA-treated CKD-hMSCs. In the presence of the uremic toxin P-cresol, the death of SH-SY5Y cells was induced by ROS-mediated ER stress. Co-culture with TUDCA-treated CKD-hMSCs increased anti-oxidant enzyme activities in SH-SY5Y cells through the upregulation of the cellular prion protein (PrPC) expression. Upregulated PrPC expression in SH-SY5Y cells protected against CKD-mediated ER stress and apoptosis. In an adenine-induced murine CKD model, injection with TUDCA-treated CKD-hMSCs suppressed ROS generation and ER stress in the hippocampus. These results indicate that TUDCA-treated CKD-hMSCs prevent the CKD-mediated cell death of SH-SY5Y cells by inhibiting ER stress. Our study suggests that treatment with TUDCA could be a powerful strategy for developing autologous MSC-based therapeutics for patients with CKD, and that PrPC might be a pivotal target for protecting neural cells from CKD-mediated ER stress.
Keywords: chronic kidney disease; mesenchymal stem cells; endoplasmic reticulum stress; tauroursodeoxycholic acid; anti-oxidant chronic kidney disease; mesenchymal stem cells; endoplasmic reticulum stress; tauroursodeoxycholic acid; anti-oxidant

Chronic kidney disease (CKD) is a major global public health issue, causing several complications such as hypertension, atherosclerosis, aging, and diabetes [1]. In particular, kidney dysfunction leads to the excretion of uremic toxins, which accumulate in the blood and have toxic effects on several types of tissue [2]. Studies using murine CKD models have shown that CKD-mediated oxidative stress is induced in certain regions of the brain, including the cerebral cortex and hippocampus, resulting in cognitive dysfunction [3,4]. P-cresol, one of the major uremic toxins, is a protein-bound solute that induces cell apoptosis and senescence [5]. Recent studies have revealed that P-cresol induces cellular senescence, inhibition of proliferation, and dysfunction of mitochondria in mesenchymal stem cells (MSCs) [6,7,8]. Therefore, uremic toxins such as P-cresol are a major hurdle for stem cell-based therapies, and the development of uremic toxin-resistant stem cells to treat CKD patients is urgently needed.
MSCs are a major source of stem cells for regenerative medicine due to their capacity for self-renewal and multipotency [9]. Although several studies have revealed that the main mechanism of MSC-mediated tissue repair is via their potential for self-renewal and multi-differentiation, their paracrine effect has also been proposed to be an important mechanism of regeneration [10]. In response to injury, MSCs secrete several types of cytokine and chemokine (immunomodulatory, cytoprotective, angiogenic, arteriogenic, antiapoptotic, antioxidant, cell migratory, and homing factors), as well as microvesicles and exosomes [10]. Despite their unique characteristics, the severe pathophysiological conditions of several diseases restrict the beneficial effects of MSCs in regenerative medicine.
Cellular prion protein (PrPC) is a glycosylphosphatidylinositol-anchored glycoprotein whose expression is related to PrPSC, the protease resistant misfolded prion isoform of PrPC [11]. Previous reports suggest that PrPC is involved in cell survival, proliferation, and signal transduction [7,12,13,14]. In addition, PrPC increases antioxidant activity under conditions of oxidative stress, leading to inhibition of reactive oxygen species (ROS) generation [7,15,16]. Therefore, PrPC is an interesting molecular target for treating CKD-related cognitive dysfunction induced by oxidative stress. Our previous studies have shown that tauroursodeoxycholic acid (TUDCA), a bile acid, protects against oxidative stress-induced apoptosis in MSCs through the upregulation of PrPC [7,17]. In addition, TUDCA-treated stem cells and progenitor cells have a therapeutic effect in ischemic diseases under conditions of oxidative stress [7,17,18]. These findings suggest that TUDCA-treated stem/progenitor cell-based therapeutics may be one candidate for regenerative medicine for several diseases associated with oxidative stress. This study and other recent studies have found that CKD induces ROS generation and endoplasmic reticulum (ER) stress in the hippocampus [19,20,21]. To reveal the effect of TUDCA-treated CKD-MSCs against P-cresol-induced ROS stress in neural cell line SH-SY5Y cells, we co-cultured SH-SY5Y cells with TUDCA-treated CKD-MSCs. We showed that TUDCA-treated MSCs prevent neural cell death induced by CKD-associated ER stress through the upregulation of PrPC, highlighting the potential of this pathway for CKD cell-based therapy.

The SH-SY5Y cell line was purchased from Seoul University Hospital (Seoul, Korea) and cultured in DMEM (Gibco BRL) supplemented with 10% (v/v) FBS (Gibco BRL) in a humidified 5% CO2 incubator at 37 °C. To establish CKD conditions, SH-SY5Y cells were washed twice with PBS and placed in fresh DMEM with P-cresol (500 μM) for 48 h.

SH-SY5Y cells and hMSCs were co-cultured in Millicell Cell Culture Plates (Millipore, Billerica, MA, USA) in a humidified 5% CO2 incubator at 37 °C. SH-SY5Y cells were seeded in the lower compartments, followed by exposure to P-cresol for 24 h. MSCs were then seeded onto the transwell membrane inserts and the plates were incubated for a further 24 h, following which the SH-SY5Y cells were assessed by several assays.

CKD-hMSCs (2 × 105) seeded in 60-mm dishes were transfected with siRNA in serum-free Opti-MEM (Gibco BRL) using Lipofectamine 2000 (Thermo Fisher Scientific, Waltham, MA, USA) according to the manufacturer’s instructions. At 48 h post-transfection, total protein was extracted, and gene expression was determined through western blot analysis. The siRNA used to target PRNP and a scrambled sequence were synthesized by Bioneer (Daejeon, Korea).

DHE (Sigma-Aldrich) was used to measure superoxide anions in CKD mouse brain sections. Each group of sections was exposed to DHE (10 μM) for 30 min at 37 °C. After washing with PBS three times, samples were visualized by confocal microscopy (Olympus) at 488 nm excitation and 590 nm emission.

Cells were seeded in 100-mm tissue culture plates and grown to 70% to 75% confluence. After washing twice in PBS, cells were resuspended in lysis buffer (1% Triton X-100 in 50 mM Tris-HCl [pH 7.4] containing 150 mM NaCl, 5 mM EDTA, 2 mM Na3VO4, 2.5 mM Na4PO7, 100 mM NaF, and protease inhibitors). Samples were incubated for 30 min on ice and were centrifuged at 14000 rpm for 30 min at 4 °C. After measuring the protein concentration of the supernatant fraction, catalase activity was measured using a Catalase Assay Kit (Sigma-Aldrich) according to the manufacturer’s instructions.

Cells were harvested, and protein was isolated using extraction buffer. Cell lysates (50 µg) were treated with SOD, and the signal was immediately measured each minute for 15 min using an ELISA reader (BMG labtech, Ortenberg, Germany) at 450 nm.

All animal care procedures and experiments were approved by the Institutional Animal Care and Use Committee of Soonchunhyang University Seoul Hospital (IACUC2013-5, 16 February 2014) and were performed in accordance with the National Research Council (NRC) Guidelines for the Care and Use of Laboratory Animals. The experiments were performed on 8-week-old male BALB/c nude mice (Biogenomics, Seoul, Korea) maintained on a 12 h light/dark cycle at 25 °C in accordance with the regulations of Soonchunhyang University Seoul Hospital.

Results are expressed as the mean ± SEM. All of the experiments were analyzed by one-way analysis of variance (ANOVA). Some comparisons of ≥3 groups were made using the Bonferroni-Dunn test. A p value < 0.05 was considered statistically significant.

This work was supported by the Soonchunhyang University Research Fund, a National Research Foundation grant funded by the Korean government (NRF-2017M3A9B4032528). The funders had no role in the study design, data collection, analysis, or interpretation, the decision to publish, or preparation of the manuscript. 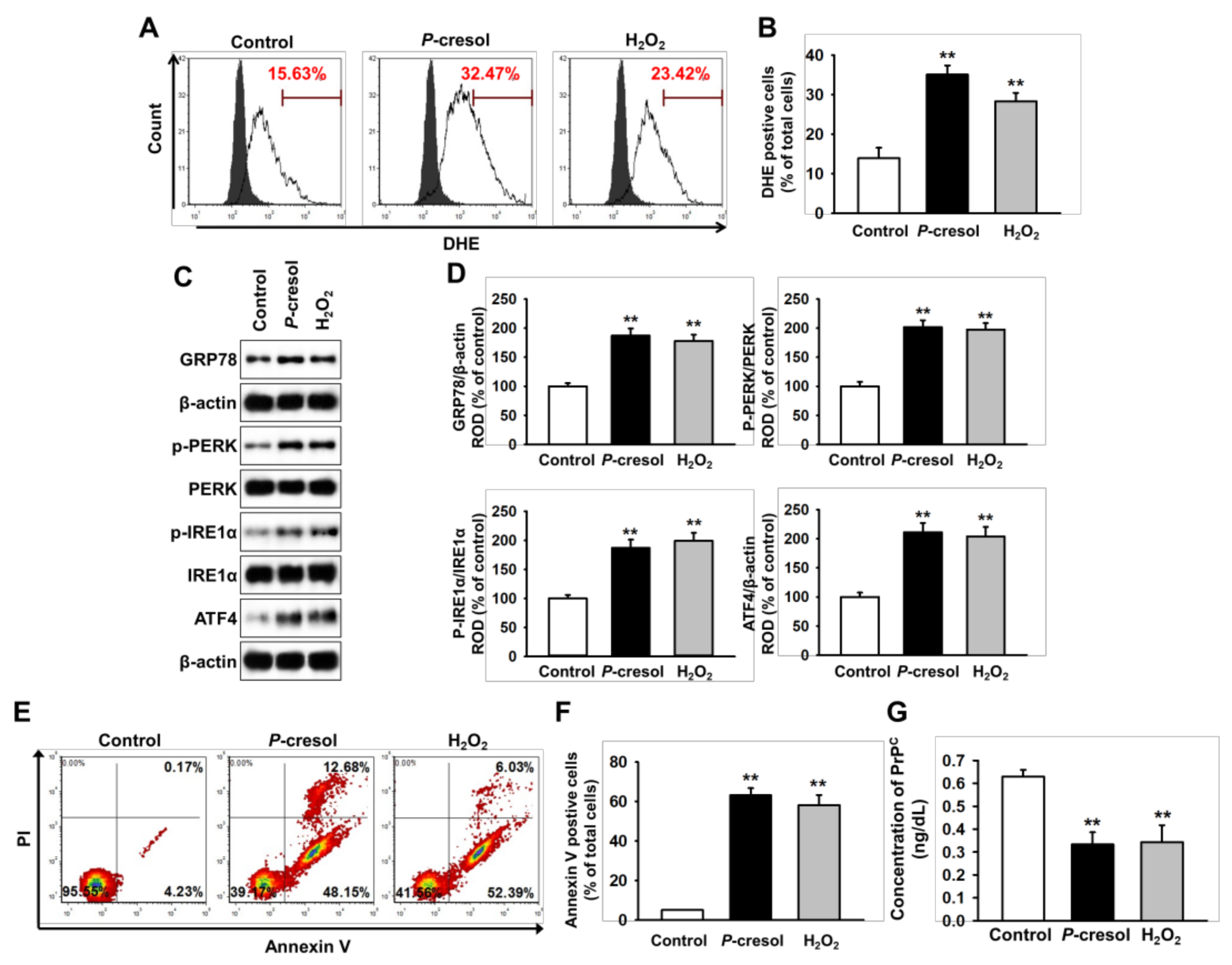 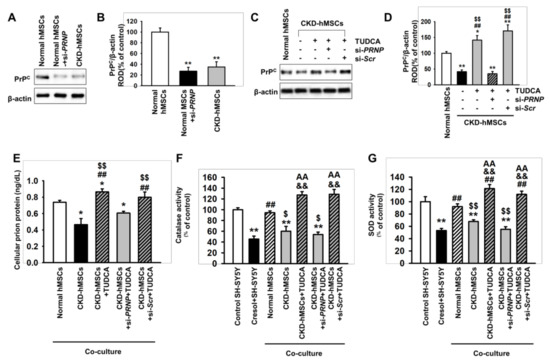 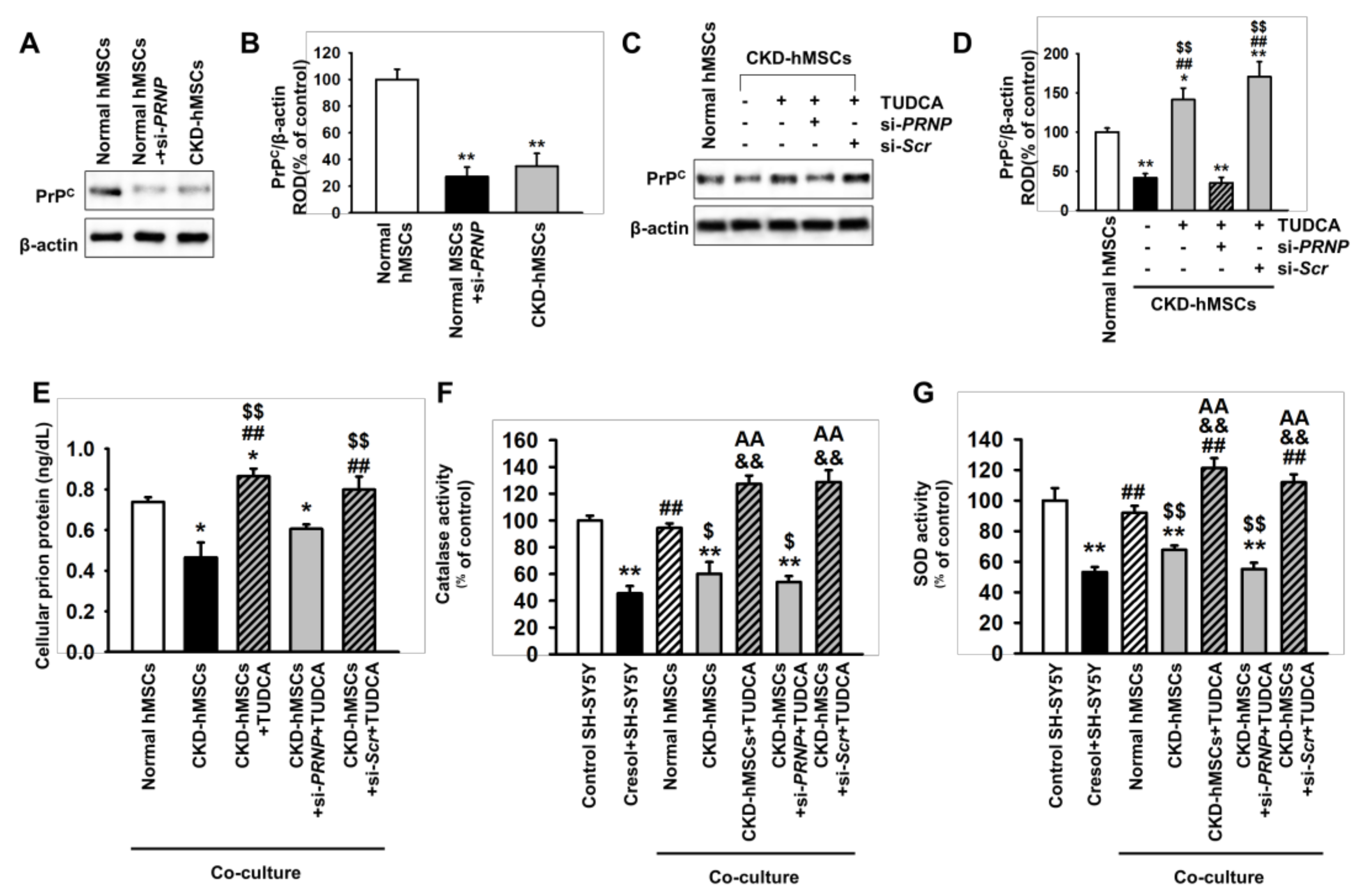 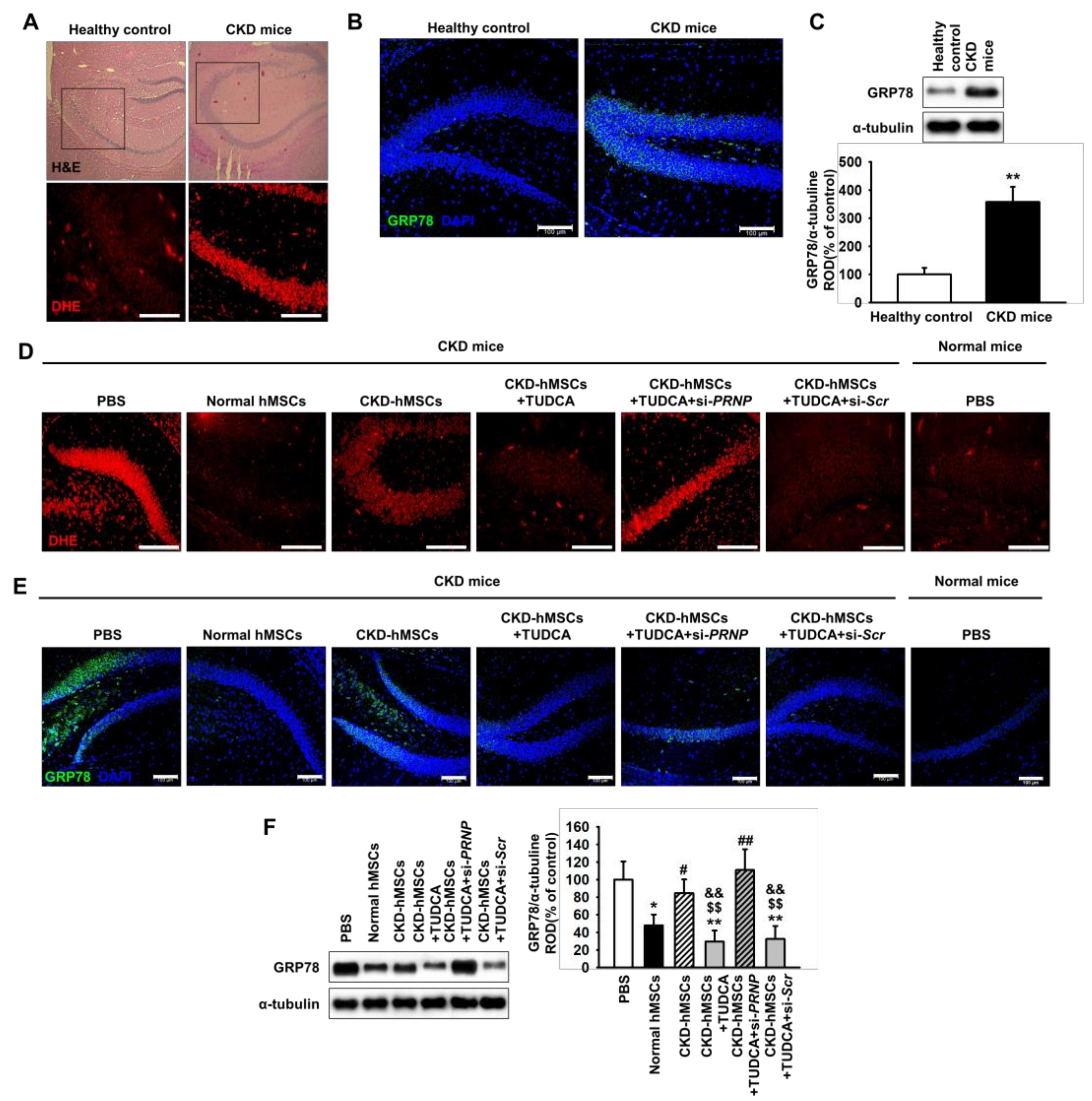