Review
Androgen-Regulated microRNAs (AndroMiRs) as Novel Players in Adipogenesis
by

:
The development, homeostasis, or increase of the adipose tissue is driven by the induction of the adipogenic differentiation (adipogenesis) of undifferentiated mesenchymal stem cells (MSCs). Adipogenesis can be inhibited by androgen stimulation of these MSCs resulting in the transcription initiation or repression of androgen receptor (AR) regulated genes. AR not only regulates the transcription of protein-coding genes but also the transcription of several non-coding microRNAs involved in the posttranscriptional gene regulation (herein designated as AndroMiRs). As microRNAs are largely involved in differentiation processes such as adipogenesis, the involvement of AndroMiRs in the androgen-mediated inhibition of adipogenesis is likely, however, not yet intensively studied. In this review, existing knowledge about adipogenesis-related microRNAs and AndroMiRs is summarized, and putative cross-links are drawn, which are still prone to experimental validation.
Keywords:
androgens; adipogenesis; microRNA

Androgen regulation of gene transcription is mediated through testosterone, or the more bioactive derivate dihydrotestosterone (DHT), or any other androgenic hormone binding to the androgen receptor (AR), followed by intra-nuclear binding of the ligand-activated AR to androgen-responsive elements (ARE) in the promoter region of the respective gene and subsequent transcription initiation or repression by AR-recruited cofactors [1,2]. These genes do not necessarily have to be protein-coding, as the transcription of several non-coding genes has been shown to be regulated by the AR [3,4,5]. On a somatic level, several tissues including prostate, muscle, liver, breast, ovaries or fat are prone to androgen action [6,7,8,9]. With respect to adipose tissue, testosterone and DHT were demonstrated to inhibit the adipogenic differentiation (adipogenesis) of mouse and human mesenchymal stem cells [10,11,12,13,14].
Adipogenesis designates the differentiation process of a mesenchymal progenitor cell to a mature adipocyte. In the times of increasing obesity prevalence, it is of utmost importance to understand the process of adipogenic differentiation, as the excessive proliferation of the body’s fat mass is strongly associated with serious adverse conditions such as type 2 diabetes, mellitus, and cardiovascular diseases. The general developmental process of adipose tissue is composed of two components: (1) the increase of adipocyte numbers by differentiation (hyperplasia), and (2) the swelling of the single-cell by accumulation of triglycerides (hypertrophy). On the cellular level, at first mesenchymal stem cells (MSCs) are recruited through abrogation of the differentiation block (commitment phase), and subsequently differentiate to the mature adipocyte (terminal differentiation phase, see Figure 1).
On the molecular level, especially two master regulators of adipogenesis are essential for differentiation: the transcription factors peroxisome proliferator-activated receptor gamma (PPARγ) and CCAAT/enhancer-binding protein alpha (CEBPα), which both induce a plethora of different adipocyte-specific genes during the commitment phase of differentiation [15]. Furthermore, an essential signaling pathway for the induction of adipogenesis by PPARγ is the Wnt pathway [16]. Mesenchymal progenitor cells are kept in an undifferentiated state by the canonical Wnt pathway through the induction of cyclin-D1 and c-myc. This differentiation block is mediated through the direct binding of c-myc on the DNA sequence of PPARγ and C/EBPα following inhibition of transcription. By such mechanisms, canonical Wnt10b and Wnt1 are capable of inhibiting the expression of PPARγ and blocking adipocytic differentiation [17,18].
On the other hand, several signaling pathways like the MAPK pathway, the PI3K/Akt pathway, the cAMP/PKA/CREB pathway, and the TGF-β pathway play an adipogenesis-promoting role after induction of the differentiation program within the commitment phase [19]. In recent years, by the identification and analysis of microRNAs, an additional player for the regulation of these different signaling pathways on the post-transcription level has been unraveled. MicroRNAs are small (18–25 nt long), endogenous RNAs, that are non-coding but involved in the post-transcriptional silencing of gene expression by translation inhibition [20]. Also during adipocytic differentiation, a subset of microRNAs are differentially expressed and subsequently regulate the differentiation course by inducing a massive shift in the cellular phenotype by changes in the expression patterns of their downstream target genes.
Actually, adipogenesis-regulating microRNAs and androgen-regulated microRNAs (AndroMiRs) could still be seen as “two separated kingdoms”. However, by connecting adipogenesis-related microRNAs to those prone to androgen-regulation, interesting candidates for the molecular mechanisms of the well-known hypogonadism-induced fat tissue accumulation as well as potential therapeutic targets against this detrimental process might be identified. In this review, we aim to summarize the existing literature on both microRNA kingdoms and show potential connections between both of them.

Comparing the androgen-regulated microRNAs (AndroMiRs) to the adipogenesis-related microRNAs (AdipoMiRs), several overlapping candidates can be extracted from the existing literature. In Figure 2, putative candidates for microRNAs involved in the androgen-mediated inhibition of the adipogenesis are given.
MiR-17-5p/miR-106a was shown to determine lineage commitment in early hMSC differentiation, wherein the upregulation was of both microRNAs suppressed BMP2 expression and therefore shifting the MSC fate towards adipogenesis [22]. However, in PCa cell lines androgens triggered the upregulation of the miR-17-92 cluster [106,107], therefore, analysis of the regulation in somatic tissues remains crucial for the determination of the role of this cluster in differentiation processes. MiR-21 upregulation increased the potential of adipogenic and osteogenic differentiation of hMSCs via modulation of the ERK-MAPK4 pathway [23], therefore, being no adipogenesis-specific modulator. In line with this fact, the androgen-induced upregulation of miR-21 observed in several studies [69,70,71,72] may point towards a general role of this microRNA in differentiation initiation, rather than driving a special lineage commitment. Regarding the miR-27a/b family, there is still a discrepancy in the role and regulation of the individual family members. In androgen-responsive PCa cell lines, mainly the induction of miR-27a (located on chromosome 19) is described [84,85,86]. Only in one study an androgen-responsiveness of miR-27b (located on chromosome 9) in endothelial cells was observed [87]. Nonetheless, in hMSCs, it is mainly miR-27b regulating adipogenesis by targeting the key adipogenic transcription factor PPARγ [26,27]. However, there are several reports from mouse pre-adipocytes verifying the assumption that miR-27a exhibits the same role as miR-27b by repressing adipogenic differentiation of mouse 3T3-L1 cells [61,130,131].
A similar situation is given for the miR-29 family, where miR-29b is involved in adipogenesis of human mesenchymal stem cells [28,29], while both miR-29a and miR-29b are androgen-regulated in PCa cell lines, but also in epididymal cells [106,110,111]. When comparing in vitro differentiated osteoblasts, adipocytes, and chondroblasts to their originating mesenchymal stem cells, Laine et al. found miR-124 to be exclusively expressed in adipocytes and to suppress proliferation of hMSCs [35]. Qadir and colleagues concordantly detected that miR-124 exerts a pro-adipogenic effect on 3T3-L1 mouse preadipocytes [132]. In PCa cell lines, the tumor-suppressive miR-124 and the AR formed a positive feedback loop [114]. As one of the most prominent androgen-regulated microRNAs [63,64,65,66,67], miR-125b is still scarcely studied in terms of adipogenesis. However, it was shown that miR-125b is overexpressed during human SGBS preadipocyte differentiation, though experimental overexpression of miR-125b by mimics inhibited the adipogenic differentiation [37].
These observations point towards a strictly balanced regulatory network including miR-125b, which can be shaped via androgen-induced upregulation of this microRNA towards the inhibition of adipogenesis. MiR-137 is induced via androgen stimulation in PCa cell lines, though progressive promoter methylation is detected from normal prostate tissue to androgen-insensitive PCa cell lines [115]. In line with this finding, the overexpression of miR-137 inhibits hADSC proliferation and differentiation [39]. MiR-148a was found to be CREB-induced upon the adipogenic differentiation of hMSCs and promoting hMSC adipogenesis commitment by targeting the Wnt pathway effector Wnt-1 [41]. In the androgen-responsive PCa cell line LNCaP, miR-148a expression is also induced by androgens, resulting in increased cell proliferation [89,118]. The tumor-suppressive miR-204 is downregulated upon androgen stimulation in PCa cell lines [123]. In line with the androgen-mediated inhibition of the adipogenesis, miR-204 is upregulated in differentiating hADSCs and inhibits the activation of the Wnt pathway, therefore, supporting the initiation of differentiation [48]. Lastly, miR-375 was in several studies shown to be sensitive to androgen regulation [54,98,99,100], although in PCa cell lines the AR triggers upregulation of miR-375, while in differentiating hMSCs and SGBS preadipocytes miR-375 is downregulated upon androgen stimulation. However, Chu and colleagues demonstrated the hypermethylation of the miR-375 promoter region in androgen-insensitive cell lines, therefore, giving a possible explanation for this different reaction of miR-375 to androgen stimulation [100]. Furthermore, the upregulation of miR-375 was demonstrated during adipogenesis [54], therefore making this the first AndroMiR to be experimentally revealed in the androgen-mediated inhibition of adipogenesis.
Finally, one has to bear in mind, that in most cases the androgen-regulation of a given microRNA was analyzed and verified in tissues or cell lines completely different from the tissues or cell lines used for the studies on the involvement of this microRNA in adipogenesis. Therefore, the connections drawn in this chapter are literature-based, but in most cases still speculative, and should be experimentally verified for a realistic assessment of the androgen-regulated miRNome in the inhibition of adipogenesis.

While over 30 microRNAs/microRNA families have been described to be involved in the regulation of adipogenesis of human mesenchymal stem cells and pre-adipocytes, and over 30 microRNAs/microRNA families are known to be regulated in their expression by the androgen receptor, knowledge about the AndroMiRs involved in the regulation of the adipogenesis is still scarce. Therefore, based on this review, further experimental studies on the interplay between the AR-mediated miRNome regulation and the inhibition of adipogenesis are needed and also promising, especially in the light of the growing obesity epidemics and the well-known clinical effects of testosterone treatment on reducing adipose tissue in hypogonadal men [133,134].

This study was in part-financed by a DFG (German research foundation) grant (GR-4469/1) to Thomas Greither and Hermann M. Behre. Furthermore, we acknowledge the financial support within the funding program Open Access Publishing by the German Research Foundation (DFG). 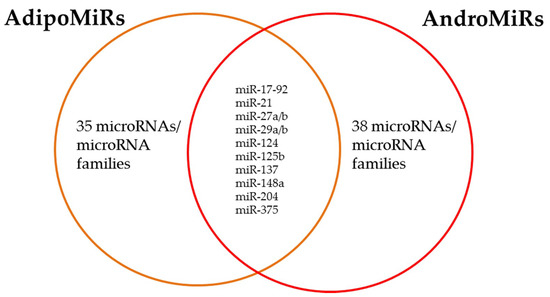 Table 2. Androgen-regulated microRNAs (AndroMiRs).
Table 2. Androgen-regulated microRNAs (AndroMiRs).
Abbreviations: d—downregulated; u—upregulated; PCA—prostate carcinoma; BCA—breast cancer; HCC—hepatocellular carcinoma; RCC—renal cell carcinoma.
© 2019 by the authors. Licensee MDPI, Basel, Switzerland. This article is an open access article distributed under the terms and conditions of the Creative Commons Attribution (CC BY) license (http://creativecommons.org/licenses/by/4.0/).
We use cookies on our website to ensure you get the best experience. Read more about our cookies here.
Accept
We have just recently launched a new version of our website. Help us to further improve by taking part in this short 5 minute survey here. here.
Never show this again