Phylogenetic framework for the closely related Ancylodiscoidinae and Ancyrocephalinae subfamilies remains contentious. As this issue was never studied using a large molecular marker, we sequenced the first two Ancylodiscoidinae mitogenomes: Thaparocleidus asoti and Thaparocleidus varicus. Both mitogenomes had two non-coding regions (NCRs) that contained a number of repetitive hairpin-forming elements (RHE). Due to these, the mitogenome of T. asoti (16,074 bp) is the longest among the Monogenea; especially large is its major NCR, with 3500 bp, approximately 1500 bp of which could not be sequenced (thus, the total mitogenome size is ≈ 17,600 bp). Although RHEs have been identified in other monopisthocotyleans, they appear to be independently derived in different taxa. The presence of RHEs may have contributed to the high gene order rearrangement rate observed in the two mitogenomes, including the first report of a transposition of rRNA genes within the Neodermata. Phylogenetic analyses using mitogenomic dataset produced Dactylogyrinae embedded within the Ancyrocephalinae (paraphyly), whereas Ancylodiscoidinae formed a sister-group with them. This was also supported by the gene order analysis. 28S rDNA dataset produced polyphyletic Dactylogyridae and Ancyrocephalinae. The phylogeny of the two subfamilies shall have to be further evaluated with more data.
Keywords: dactylogyridae; ancyrocephalinae; phylogenetics; paraphyly; ancylodiscoididae; large non-coding region dactylogyridae; ancyrocephalinae; phylogenetics; paraphyly; ancylodiscoididae; large non-coding region

2.1. Genome Organization and Base Composition

The complete mitogenome of Thaparocleidus varicus (MN151339) was 14,088 bp in size, and the nearly complete mitogenome of Thaparocleidus asoti (MN151340) was 16,074 bp in size (Figure 1). Both mitogenomes contain the standard [22] 36 flatworm mitochondrial genes, including 12 protein-encoding genes (PCGs; atp8 is absent), 22 tRNA genes and two rRNA genes (Table 1 and Figure 1). Majority of PCGs of the two studied mitogenomes used standard initial codons for the genetic code 9 (echinoderm and flatworm mitochondrion): ATG or GTG. However, it proved difficult to determine the initial codons of the nad4 and cox1 genes in T. varicus. Canonical stop codons for the genetic code 9 (echinoderm and flatworm mitochondrion), TAA and TAG, were found in all 12 PCGs, except for cox2 in T. asoti, which used the abbreviated T-- codon (Table 1). The architecture and similarity of orthologous sequences for the two studied mitogenomes are summarized in Table 1. Average sequence similarity of PCGs between the two studied Thaparocleidus mitogenomes ranged from 68.89% (nad4L) to 84.22% (cytb) (Table 1). We also investigated the codon usage, RSCU, and codon family (corresponding to the amino acids) proportions between the two Thaparocleidus species (Supplementary Figure S1). Leu2, Phe, Ile and Val were the most common codon families, predominantly encoded by adenosine and thymine-rich codons, such as TTA in Leu2, TTT in Phe, ATT and ATA in Ile (Supplementary Figure S1).

The gene orders (GO) of the two studied Thaparocleidus species are identical, but notably different from other monogeneans, exhibiting many tRNA and rRNA genes’ rearrangements (Figure 3). However, the GO between trnG to trnI is conserved. The high rate of GO rearrangements in the two Thaparocleidus species was further corroborated by the low similarity values produced by pairwise comparisons with other monogeneans: values ranged from 102 (compared with Paratetraonchoides inermis) to 326 (compared with Cichlidogyrus sclerosus), where the value of 1254 indicates identical GOs (Table 2).

Thaparocleidus asoti and T. varicus were obtained from the gills of a single Silurus meridionalis (Chen, 1977) (Siluriformes: Siluridae) specimen, bought at a local market in the Wuhan city, Hubei Province on 6 May, 2017. They were morphologically identified by the hard parts of the haptor and reproductive organs as described in Wu, et al. [39]. Additionally, to confirm the taxonomic identity from the molecular perspective, their 28S rRNA genes were amplified using the C1 (5′-ACCCGCTGAATTTAAGCAT-3′) and D2 (5′-TGGTCCGTGTTTCAAGAC-3′) primer pair [40]. Both species share a very high identity with corresponding conspecific homologs available in the GenBank: 99.35% (762/767 bp) for T. varicus (DQ157668), and 100% (800/800 bp) for T. asoti (MG601546). All sampled and identified parasites were first washed in 0.6% saline and then stored in 100% ethanol at 4 °C.

To ensure a sufficient amount of DNA for amplification and sequencing of these small parasites, we used two types of DNA for amplification and sequencing: mixture DNA (extracted from 20 specimens) and individual DNA (a single specimen). Both were extracted using TIANamp MicroDNA Kit (Tiangen Biotech, Beijing, China). First, we selected 14 monogenean mitogenomes from GenBank, aligned them using ClustalX [41], designed degenerate primer pairs (Supplementary Table S4) matching the generally conserved regions of mitochondrial genes, and amplified the whole mitogenome using the mixture DNA. Specific primers, based on these obtained fragments, were then designed using Primer Premier 5 [42], and the remaining mitogenome was amplified and sequenced in several PCR steps. PCR products were sequenced bi-directionally using both degenerate and specific primers mentioned above on an ABI 3730 automatic sequencer (Sanger sequencing). All obtained fragments were BLASTed [43] to confirm that the amplicon is the actual target sequence. We carefully examined the chromatograms, paying close attention to double peaks or any other sign of the existence of two different sequences. To address the possibility of intraspecific sequence variation present in the mixture DNA, we then used individual DNA and long-range PCR to re-sequence the mitogneomes. If the two sequences differed, we used the DNA extracted from a single specimen to assemble the final mitogenome, thereby ensuring that each sequence belongs to a single specimen.

Both mitogenomes were assembled and annotated following the procedure described before [11,25,35,44] using DNAstar v7.1 software [45], MITOS [46] and ARWEN [47] web tools: after assembling with the help of DNAstar, MITOS was used to annotate the mitogenome, Protein-coding genes (PCGs) were determined by searching for ORFs using genetic code 9 (echinoderm and flatworm mitochondrion) and aligning with homologs, two rRNA genes were also confirmed by the alignment with homologs, and tRNAs were identified by combining the results of ARWEN and MITOS. An in-house PhyloSuite software [48] was used to parse and extract the annotations recorded in Word documents, as well as create GenBank submission files and organization tables for mitogenomes. The same software was used to make genomic statistics of the mitogenome of monogeneans. Codon usage, amino acid proportion and relative synonymous codon usage (RSCU) for 12 protein-encoding genes (PCGs) of the two studied Thaparocleidus species were calculated and sorted using PhyloSuite, and finally the RSCU figure drawn using ggplot2 [49] plugin. Hierarchical clustering and heatmap analyses were drawn using the ComplexHeatmap package [50] implemented in R, with the help of the statistics file generated by PhyloSuite. Tandem Repeats Finder [51] was invoked to find tandem repeats in the non-coding regions, and their secondary structures were predicted by Mfold software [52]. Genetic distances (identity) among mitogenomic sequences were computed with the “DistanceCalculator” function in Biopython [53] using “identity” model.

Phylogenetic analyses were conducted using the two newly sequenced Thaparocleidus mitogenomes and 31 monogenean mitogenomes available in the GenBank (5/7/2019). Six polyopisthocotylid monogeneans were used as outgroups (Supplementary Table S2). We used a dataset comprised of concatenated amino acid sequences of all 12 protein-coding genes for the phylogenetic analysis. Additionally, to get a nuclear perspective on the topic, a 28S gene dataset that closely matched the taxonomic composition of the mitogenomic dataset was also used to conduct phylogenetic analyses (Supplementary Table S5). ModelFinder [54] plugin integrated into PhyloSuite was used to calculate the Best-fit model. mtZOA+F+I+G4 was selected as the optimal model for the mitogenomic dataset, whereas GTR+F+G4 was chosen for the 28S dataset. Phylogenetic analyses were performed using two different algorithms: ML and BI. ML analysis for both datasets was carried out in RAxML [55] using a ML+rapid bootstrap (BS) algorithm with 1000 replicates. Bayesian inference with GTR+F+G4 model for 28S dataset was conducted in MrBayes 3.2.6 [56] plugin in PhyloSuite. MrBayes was run with default settings, and 5 × 106 metropolis-coupled MCMC generations. Stationarity was considered to be reached when the average standard deviation of split frequencies was < 0.01, ESS (estimated sample size) value > 200, and PSRF (potential scale reduction factor) approached 1. Bayesian inference analyses for amino acid dataset were conducted using the empirical MTZOA model and PhyloBayes (PB) MPI 1.5a [57]. For each analysis, two MCMC chains were run after the removal of invariable sites from the alignment, and the analysis was stopped when the conditions considered to indicate a good run (PhyloBayes manual) were reached: maxdiff < 0.1 and minimum effective size > 300. Non-coding regions of the selected monopisthocotyleans were identified and extracted from GenBank files using PhyloSuite, with the threshold set at 200 bp. iTOL dataset files produced by PhyloSuite were then used to visualize and annotate the phylograms and gene orders in iTOL [58].

Mitogenomes of both T. asoti and T. varicus contain two large non-coding regions, which were comprised of a number of repetitive hairpin-forming elements (RHE). The number of repeats varied between the two species, resulting in the exceptionally large genome of T. asoti (although incomplete), the largest among all available monogeneans. The gene order exhibited by both species was notably different from other monogeneans, with the first rearrangement of rRNA genes reported among the subphylum Neodermata thus far. Ancyrocephalinae and Dactylogyrinae were closely related in the phylogenetic results using mitogenome dataset, whereas Ancylodiscoidinae formed a sister-group with them. This relationship was also supported by the gene order. 28S rDNA-based analyses failed to produce monophyletic Ancyrocephalinae and Dactylogyridae. Our phylogenetic results inferred using mitogenomic dataset contradict previous phylogenetic studies (morphology and molecular marker-based). Limited availability of mitogenomes (only three of nine subfamilies of Dactylogyridae were available, and some with too few representatives) and weakly supported topology prevent us from making conclusions with confidence. Sequencing of additional molecular data, such as mitogenomes, transcriptomes or multiple nuclear genes, will be needed to resolve the interrelationships of Dactylogyridae.

G.T.W., W.X.L. and D.Z. have designed the study. D.Z., H.Z., J.Z. and R.C. have conducted the experiments. D.Z. has conducted the data analysis. D.Z., W.X.L., I.J., S.G.W. and M.L. have written the paper. All authors have revised the manuscript critically for important intellectual content and approved the final version of the manuscript.

This work was funded by the National Natural Science Foundation of China (31872604) and the Earmarked Fund for China Agriculture Research System (CARS-45-15).

The authors would like to thank Pei-pei Fu and Cong-jie Hua for their assistance in sampling the monogeneans. We would also like to thank the editor and the two anonymous reviewers for the time they invested in reviewing our manuscript. 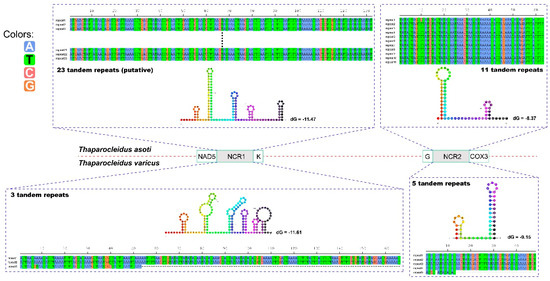 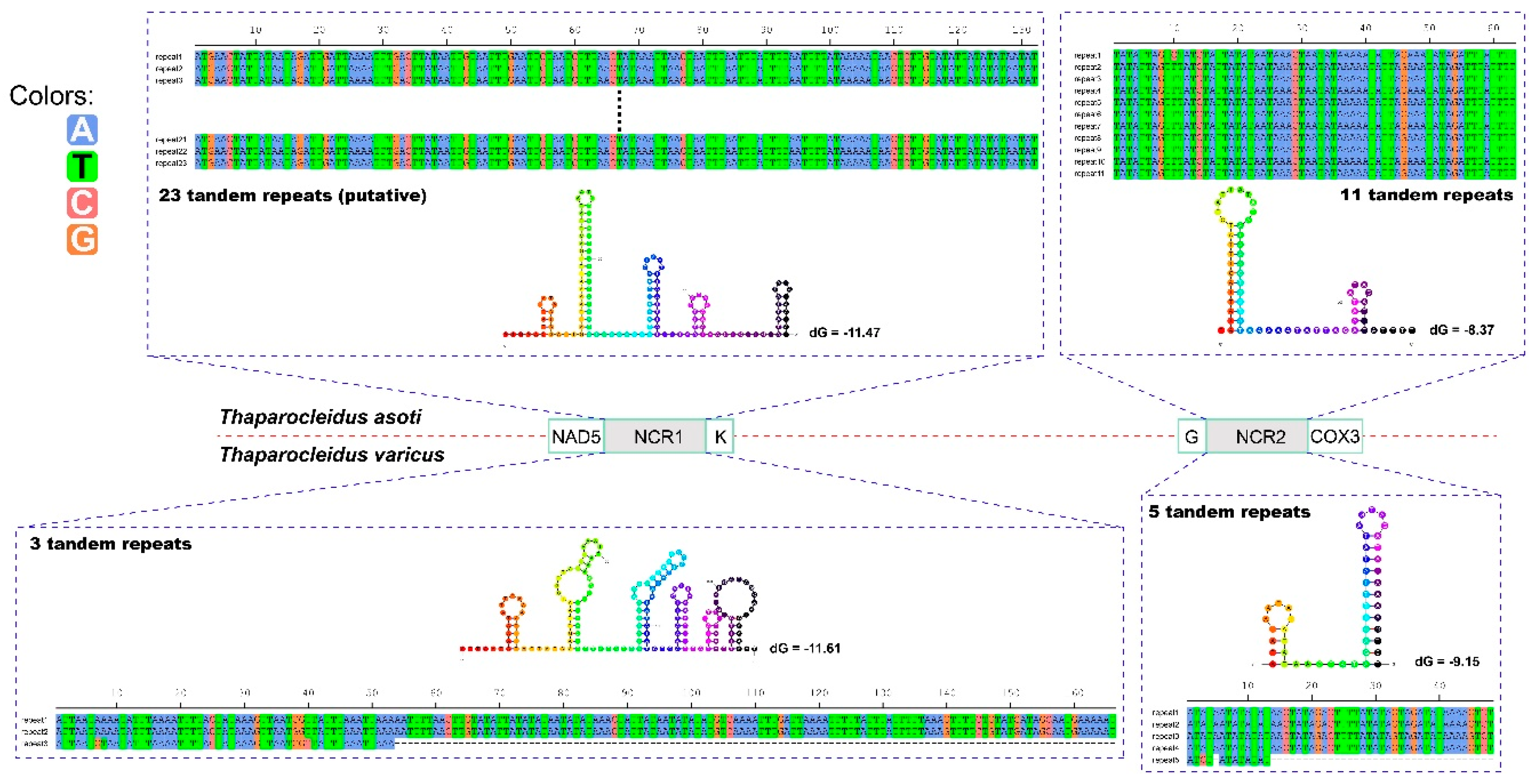