Parkinson’s disease (PD) is a complex neurological disorder classically characterized by impairments in motor system function associated with loss of dopaminergic neurons in the substantia nigra. After almost 200 years since the first description of PD by James Parkinson, unraveling the complexity of PD continues to evolve. It is now recognized that an interplay between genetic and environmental factors influences a diverse range of cellular processes, reflecting on other clinical features including non-motor symptoms. This has consequently highlighted the extensive value of early clinical diagnosis to reduce difficulties of later stage management of PD. Advancement in understanding of PD has made remarkable progress in introducing new tools and strategies such as stem cell therapy and deep brain stimulation. A link between alterations in gut microbiota and PD has also opened a new line. Evidence exists of a bidirectional pathway between the gastrointestinal tract and the central nervous system. Probiotics, prebiotics and synbiotics are being examined that might influence gut-brain axis by altering gut microbiota composition, enteric nervous system, and CNS. This review provides status on use of probiotics for PD. Limitations and future directions will also be addressed to promote further research considering use of probiotics for PD. View Full-Text
Keywords: Parkinson’s disease; probiotics; prebiotics; synbiotics; gastrointestinal; gut; microbiota; dysbiosis Parkinson’s disease; probiotics; prebiotics; synbiotics; gastrointestinal; gut; microbiota; dysbiosis
►▼ Show Figures 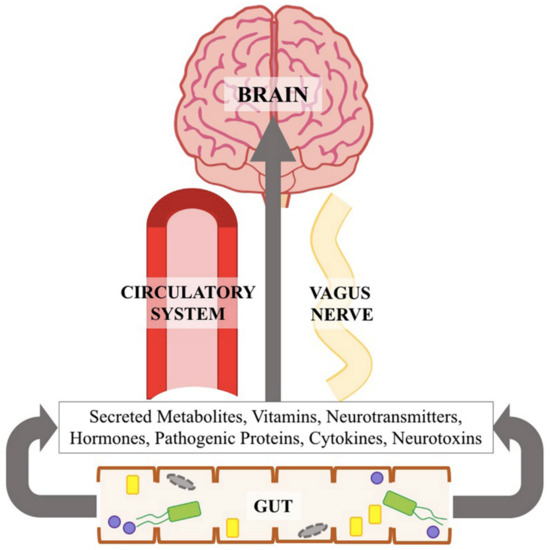