The pharaoh ant is a notorious and hard to eradicate pest, which poses a threat in hospitals, spreading pathogens and contaminating sterile equipment. When applied on ants, zeolites adsorb part of their epicuticular wax layer. The ants are then vulnerable to desiccation, since this layer regulates water exchange. We analyzed the chemical composition of this wax layer using GC-MS (Gas Chromatography-Mass Spectrometry). A hexane wash of M. pharaonis foragers resulted in the identification of 53 components, four of which were not previously defined in Monomorium species. Selective adsorption of specific compounds on zeolites assisted in the identification of compounds which could not be separated on the GC column and allowed for the identification of three additional compounds. Zeolites show different affinities for the wax compounds depending on pore structure and chemical composition. Selective adsorption of alkanes on zeolites is also investigated in the fields of refinery processes and catalysis. Pore mouth and key lock adsorption mechanisms and selectivity according to molecular weight and branching, investigated in these fields, are also involved in adsorption processes of epicuticular waxes. The insecticidal activity of a zeolite is related to adsorption selectivity rather than capacity. One of the best adsorbing zeolites showed limited insecticidal activity and can be considered as a non-lethal alternative for epicuticular wax sampling. View Full-Text
Keywords: pest management; zeolites; wax adsorbents; pharaoh ants pest management; zeolites; wax adsorbents; pharaoh ants
►▼ Show Figures 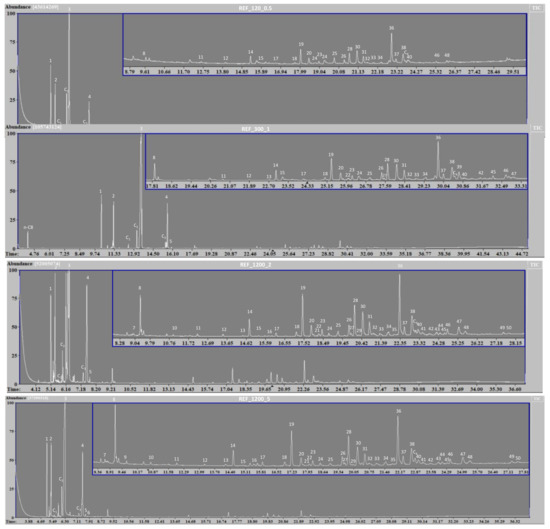