Terpenoids from Platostoma rotundifolium (Briq.) A. J. Paton Alter the Expression of Quorum Sensing-Related Virulence Factors and the Formation of Biofilm in Pseudomonas aeruginosa PAO1

Fanconi anemia (FA) is an inherited genetic disorder characterized by chromosomal instability, bone marrow failure (BMF), congenital malformations, and early cancer onset [1,2,3]. FA is caused by perturbations to one of the ~21 described genes that participate in interstrand cross link DNA lesion repair [2]. As a monogenic disorder FA represents an ideal candidate for phenotypic rescue by gene therapy or gene editing. A key consideration, in the pre-malignant FA phenotype, is safety of the intervention. Random or semi-random integration of gene therapy vehicles [4,5,6,7,8] with unregulated gene expression may be contraindicated in FA. The ability to modify genomic sequences in a precise and targeted manner represents a powerful approach for individualized translational medicine. Programmable nucleases (zinc-finger nucleases (ZFN) [9], transcription activator-like effector nucleases (TALENs) [10,11] or clustered regularly interspaced short palindromic repeats (CRISPR)/Cas9 [12,13]) have proven to be extremely useful for disrupting clinically relevant genes or correcting disease-causing mutations. Previous efforts for precision genome engineering in FA have been described for the Fanconi anemia A, C, and I gene mutations, respectively [14,15,16]. Common to each of these studies was the requirement of transformative factors such as telomerase reverse transcriptase expression [14] or pluripotency reprogramming genes [16]. To determine whether the FA phenotype could be corrected in true primary cells we undertook efforts to target the FANCD1 gene in fibroblasts derived from an FA patient. FANCD1, also known as the breast cancer 2 gene (BRCA2), functions as a downstream effector of the DNA repair pathway where it binds and stabilizes RAD51-nucleoprotein filaments at the site(s) of DNA breaks [17]. This is a crucial prerequisite for DNA damage repair by homologous recombination [18,19]. Compromisation of this pathway results in a severe form of FA with significantly earlier onset of the disease manifestations and heightened incidence of brain tumors, nephroblastoma, and leukemia [20,21]. The disease phenotype, with extension to other tumors with impaired BRCA activity, shows a sensitivity to poly(ADP-ribose) polymerase (PARP) inhibitors [22]. We hypothesized that genome editing along with PARP inhibition (PARPi) would allow us to selectively recover gene modified cells. To accomplish this we delivered CRISPR/Cas9 reagents and an oligonucleotide donor molecule to primary FANCD1 fibroblasts and, following PARPi treatment, obtained six genotypically and functionally corrected clones. To our knowledge, this is the first report of a causal gene correction by gene editing in FA patient primary fibroblasts.

We derived primary fibroblasts from a minimally invasive punch biopsy from the extremity of a pediatric patient who has compound heterozygous mutations (886delGT and 6162insT) in the FANCD1 gene. Because carrier patients are unaffected, heterozygous modification can be employed for phenotypic rescue. The 886delGT was favorable for designing reagents derived from the Streptococcus pyogenes CRISPR/Cas9 system due to the proximity of the guide RNA (gRNA) to the mutation site in exon 8 (Figure 1A). We assembled the exon 8 targeting gRNA and delivered it in cis on a DNA plasmid with Cas9 and tested it using the Surveyor method [23] (Figure 1B). Fragmentation products consistent with genome modification were observed following polyacrylamide gel electrophoresis (Figure 1C).

In order to facilitate gene repair, we considered both double and single stranded repair templates. The advantage of double stranded DNA (dsDNA) donors is their stability; however they have an associated risk of random insertion. Single stranded oligonucoleotide donors (ODN) can be delivered at a higher molar concentration; however, their linear configuration may make them more labile. To determine the rates of HDR mediated by each template we employed the traffic light reporter assay [24] and observed 1.5% and 4.5% HDR rates for ODN and dsDNA donors, respectively (Figure S1). Given the genomic instability associated with FA and the concern for ectopic integration of dsDNA we focused on ssODN donor optimization for gene correction. First, we tested whether a strand preference was evident when using positive or negative strand ODN donors. By using FANCD1 locus flanking sequences encompassing a unique sequence that allowed for PCR primer design we observed higher rates of ODN donor incorporation when using a plus strand donor in 293T cells (Figure S2). To determine if a strand bias was operative in FA we targeted the 886delGT mutation with either sense or anti-sense donors (Figure 2A). The ODNs possessed approximately 60 bp of homology to the FANCD1 locus on either side of the CRISPR/Cas9 protospacer adjacent motif. The donor’s also included six silent single-nucleotide polymorphisms (SNPs), one of them creating a HindIII restriction enzyme site (Figure S3). To increase the stability of the corrective ODNs, two phosphorothioate bonds were added at the 5′ and 3′ termini [25]. After sense or anti-sense ODN and Cas9: gRNA plasmid delivery we applied selective pressure to the bulk population of cells using puromycin, olaparib, or KU0058948 an olaparib analog (Figure 2B). Because the pX459 Cas9 plasmid contains a puromycin resistance gene we employed puromycin to enrich for cells that received the targeting molecules. The PARP inhibitor olaparib or KU0058948 were added in order to select for phenotypically rescued cells. These bulk populations of cells were analyzed for ODN mediated HDR using a primer specific for the donor SNPs. Each of the treatment groups showed donor incorporation using this sensitive assay (Figure 2B).
Following this, we utilized locus specific primers that did not bind donor sequence and subjected the amplicons to HindIII digest. Using this approach, we observed that the sense strand donor showed the highest modification rates (Figure 3A). Based on these initial screening results, subsequent limiting dilution clonal derivation was undertaken. Forty-five total clones were obtained (15 clones per cell population of puromycin, KU0058948, or olaparib selection) and analyzed by PCR. HDR with correction of the 886delGT sequence was observed in 3/15 clones selected by KU0058948 and 4/15 clones treated with olaparib (Figure 3B,C). These data show the ability of primary FANCD1 deficient cells to undergo HDR using ODNs as a template.

We next analyzed the viability of the corrected and uncorrected cell populations by performing an MTS assay over multiple concentrations of olaparib or KU0058948. These data showed that the gene corrected cells maintained long-term viability comparable to wild type cells while uncorrected, parental fibroblasts showed toxicity upon exposure to PARPi (Figure 4A). Previous reports show that functional FANCD1 is required for nuclear localization of RAD51 [26,27]; therefore we assessed the subcellular localization of RAD51 following mitomycin-C (MMC) induced DNA damage. Western blot analysis of cytosolic and nuclear fractions showed a failure of RAD51 nuclear localization in FANCD1 null parental cells (Figure 4B.) One corrected clone was unavilable for further analysis due to spontaneous senescence; however, the remaining six CRISPR/Cas9 corrected clones showed retsored nuclear translocation of RAD51 (Figure 4B). These data show that HDR gene correction also resulted in functional rescue of the FA phenotype.

The promiscuous activity of programmable nucleases at sites of overlapping sequence homology is an important consideration for their safe application. To assess this we performed an in silico screen to identify putative sites within coding regions of the human genome (Table 1).
To determine whether the FANCD1 reagent exhibited off target activity we performed Surveyor analysis for the eight predicted intragenic sites in FA cells (uncorrected parental line and three corrected clones). No apparent off target activity was observed at the resolution (~1%) of the Surveyor methodology (Figure 5). To further analyze whether off target events occurred, we utilized 293T cells operating under the hypothesis that the chromosomal rearrangements and aneuploidy observed in this population may present greater opportunity for off target nuclease effects to manifest. Similar to the primary cell data, we did not observe promiscuous nuclease activity (Figure S4). These data show that the safety profile of the designed reagent is favorable with an apparent absence of off target double stranded break induction in the analyzed sites.

The Declaration of Helsinki requirements for research on human subjects was followed and approval of the University of Minnesota Institutional Review Board Human Subjects Committee was granted (authorization designator: 1301M26601). Following this, and with informed consent, a skin punch biopsy from a patient with FANCD1 gene mutations was obtained (Figure 1A). Fibroblasts from human healthy dermal neonatal fibroblasts and embryonic kidney 293T cell line were purchased from American Type Culture Collection (ATCC; Manassas, VA, USA).

CRISPR/Cas9 of target cutting sites were identified using the MIT CRISPR Design tool and the CRISPOR tool [57]. Lipofectamine-based gene transfer of the FANCD1 gRNA and Cas9 in FANCD1 corrected clones and 293 cells were utilized for analysis for on and off target activity using the primers below and amplification with AccuPrime DNA polymerase (ThermoFisher) at: 95 °C × 2 min and 35 cycles of 95 °C × 40 min, 58.5 °C × 40 s, 68 °C × 1 min. Surveyor assay was then performed using amplicons generated with the below primers (shown 5′–3′) followed by PAGE electrophoresis.

We demonstrate primary Fanconi anemia cell gene correction by gene editing for the first time. The experimental parameters described herein are highly relevant to translational FA cellular engineering and are additive to the fields of FA and gene editing.

We are grateful to Nancy Griggs Morgan for help with manuscript preparation. Karolina Skvarova Kramarzova was supported by 17-04941Y from the Czech Science Foundation. Beau R. Webber is supported by NIH T32-HL007062. We appreciate the generosity of the Kidz 1st Fund, the Fanconi Anemia Research Fund, the Children’s Cancer Research Fund, the Lindahl Family & the Corrigan Family. Mark J. Osborn is also supported by 8UL1TR000114-02 and Regenerative Medicine of Minnesota. Jakub Tolar is supported in part by R01 AR063070 and P01 CA065493. Chong Jai Kim is supported by research funds from the National Research Foundation of Korea (NRF-2015K1A4A3046807). Research reported in this publication was supported by the National Center for Advancing Translational Sciences of the National Institutes of Health Award Number UL1TR000114 (Mark J. Osborn). The content is solely the responsibility of the authors and does not necessarily represent the official views of the National Institutes of Health. 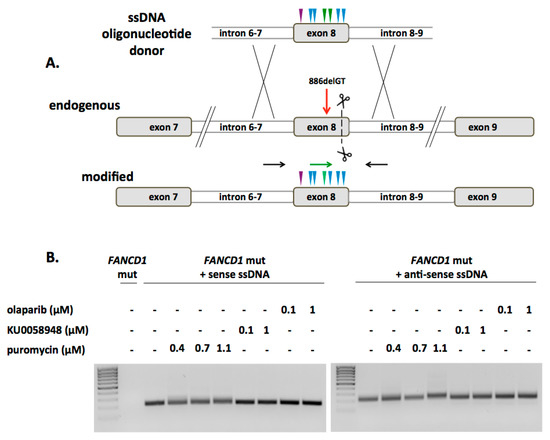 Table 1. Off target sites present in coding regions.
Table 1. Off target sites present in coding regions.
The target sites are shown at left with mismatches between the on and off target sites shown in red. Center panel indicates the gene the off target site is located and the total number of mismatches between FANCD1 and the off target sites are shown at right.
© 2017 by the authors. Licensee MDPI, Basel, Switzerland. This article is an open access article distributed under the terms and conditions of the Creative Commons Attribution (CC BY) license (http://creativecommons.org/licenses/by/4.0/).
We use cookies on our website to ensure you get the best experience. Read more about our cookies here.
Accept
We have just recently launched a new version of our website. Help us to further improve by taking part in this short 5 minute survey here. here.
Never show this again