Postmenopausal status increases cardiovascular risk due to accelerated atherosclerosis progression. Cardiovascular diseases remain the leading cause of mortality and morbidity among postmenopausal women. The cardiovascular risk related to postmenopausal status is predominately due to the rapid decrease of estrogen levels, which are attributed to the indirect protective effect on lipid and glycemic control, and to the direct effect on endothelial function [1,2]. The use of hormone replacement therapy (HRT) in cardiovascular prevention failed to meet expectations and it has been recognized that long-term use of hormone therapy may actually increase the risk of cardiovascular disease (CVD) in postmenopausal women, as shown in the Heart and Estrogen/progestin Replacement Study (HERS) trial, which was conducted in older postmenopausal women with established coronary heart disease (CHD) [3,4]. The known side effect of HRT—that is, an increased risk of malignant hormone-dependent tumors—also produced a negative impact on the perspectives of such therapy [5,6]. The general outcome of several large-scale trials was that neither estrogen nor estrogen/progestin decreased cardiovascular disease [7]. However, later analysis has shown that HRT started in early postmenopause provides cardiovascular benefit and no harm [8,9]. In spite of these findings, the expert opinion says that HRT should not be used for the primary or secondary prevention of CHD; it should be limited to the treatment of menopausal symptoms at the lowest effective dosage over the shortest duration possible, and continued use should be re-evaluated on a periodic basis [10,11].
Phytoestrogens, mainly isoflavonoids, are believed to be an alternative to HRT in postmenopausal women. Phytoestrogens comprise a rather heterogeneous group of natural compounds of plant origin with structures similar to estrogen E2. Three of the most active compounds are coumestans, prenylflavonoids, and isoflavones. The hypothetical effects of phytoestrogens are mediated via estrogen receptors (ERα and ERβ), and the G protein-coupled estrogen receptor (GPER). It is also known that phytoestrogens have high affinity for ERβ, which explains their different action from endogenous estrogens [12]. Similar to endogenous estrogens, phytoestrogens may provide beneficial effects on cardiovascular system through the effects on the vascular endothelium [13], vascular smooth muscle cells [14,15], intracellular cholesterol metabolism [16,17,18], extracellular matrix synthesis [19], and vascular inflammation [20].
Dietary supplementation with phytoestrogens may inhibit the development of atherosclerotic lesions. It has been demonstrated that phytoestrogens from grapes prevent cholesterol accumulation in blood-derived cultured monocytes from postmenopausal women [17]. Animal studies support the anti-atherogenic properties of phytoestrogens; for example, genistein inhibited atherogenesis in hypercholesterolemic rabbits mostly via its beneficial effects on endothelial dysfunction [21]. Resveratrol (stilbene with known estrogen-like activity) exhibited multiple anti-atherogenic effects [22], including inhibition of intimal hyperplasia [23] and inhibition of low density lipoprotein (LDL) oxidation [24]. The results of experimental studies demonstrate that phytoestrogens have a potential in anti-atherosclerotic therapy, because they are able to modulate several mechanisms of atherosclerosis progression.
Previously, in an ex vivo model, we evaluated the anti-atherosclerotic effect of phytoestrogen-rich plants and their combinations [17]. Based on the results of dose titration studies, qualitative compositions of isoflavonoid-rich anti-atherosclerotic herbal preparation—active ingredients: tannins from grape seeds, green tea leaves, hop cone powder, and garlic powder—was developed. The aim of the present study was to investigate the effect of this isoflavonoid-rich herbal preparation on the progression of subclinical carotid atherosclerosis in healthy postmenopausal women.
The intima-media thickness of common carotid arteries (cIMT) measured by B-mode ultrasound is a widely accepted marker of subclinical atherosclerosis; it is well correlated with the degree of coronary atherosclerosis and is a significant predictor of clinical manifestations of atherosclerosis. This instrumental marker is used in clinical and epidemiological studies to assess the impact of conventional and novel cardiovascular risk factors and treatment regimens on atherosclerosis progression [25,26,27]. Several clinical trials were aimed at the assessment of the effects of HRT or phytoestrogens on cIMT progression in postmenopausal women [28,29,30,31]. Thus, in this study we have used ultrasound examination of common carotid arteries and cIMT measurement as a tool for quantitative assessment of atherosclerosis, with annual cIMT progression as the endpoint.

In total, 157 asymptomatic postmenopausal women were included in the study, 77 in the isoflavonoid-rich herbal preparation group, and 80 in the placebo group. The groups did not differ in age, body mass index, smoking status, family history of coronary artery disease, blood level of triglycerides, and high density lipoprotein (HDL) cholesterol (HDL-C), the prognostic risk of myocardial infarction, and sudden death. No difference was found between groups in mean and maximum cIMT, and in the size of asymptomatic carotid atherosclerotic plaques. However, systolic and diastolic blood pressure levels were significantly higher in placebo group, whereas total cholesterol and low density lipoprotein (LDL) cholesterol (LDL-C) levels were significantly higher in isoflavonoid-rich herbal preparation recipients at the baseline. The proportion of patients with diabetes was also higher in isoflavonoid-rich herbal preparation recipients. Baseline characteristics of study participants are given in Table 1.

The study was performed in the Outpatient Clinic Nº 202 at Moscow State University. In total, 157 asymptomatic postmenopausal women were included in double-blind, placebo-controlled clinical study (ClinicalTrials.gov Identifier, NCT01742000). The inclusion criteria were as follows: the menopausal state (physiological or surgical) at least for the last five years; maximum cIMT more than 0.80 mm as determined by ultrasound B-mode examination of carotid arteries; the absence of climacteric syndrome (no more than two points by the Blatt-Kupperman score [50]). Exclusion criteria were as follows: the use of HRT during the peri- and postmenopausal period; the use of the lipid-lowering drugs for at least six months prior to inclusion; the absence of signed informed consent; the permanent use of sugar-lowering drugs (more than two months per year); the history of myocardial infarction, stroke, heart failure, uncontrolled hypertension (blood pressure above 145/95 mm·Hg in patients receiving antihypertensive treatment); cancer; chronic kidney disease; chronic liver disease; intolerability of the components of isoflavonoid-rich herbal preparation; and/or adverse reactions and/or side effects revealed during the follow-up. Some inclusion and exclusion criteria were intentionally defined to be compatible in general with those used in the KEEPS [51], in order to allow the possibility of tentative comparison of the rate of cIMT progression in early menopausal women. The use of lipid- and sugar-lowering medications was considered as a limitation for the inclusion in the study, since they may provide their own effects on cIMT progression [52,53,54,55]. The study participants were randomized into two groups: the first group who received isoflavonoid-rich herbal preparation (Karinat, INAT-Farma), three capsules daily for 12 months, and the second group who received a placebo. Karinat and placebo capsules looked identical.

Follow-up examination was performed after 12 months of treatment and included the same clinical and laboratory examinations, as at the baseline. The rate of cIMT progression was the primary endpoint of the study, since it is conventionally used as an intermediate outcome for vascular risk estimation. It was demonstrated that cIMT progression may be rather slow [56]. We have investigated the cIMT progression in healthy postmenopausal women after five years of menopause, and in this age the cIMT progression was expected to be accelerated. Therefore, 12-month follow-up was considered to be sufficient to detect significant changes in cIMT in this cohort. On the other hand, the studies aimed to investigate the atherosclerosis progression and/or the role of anti-atherosclerotic therapy in postmenopausal women employed a one year (12-month) follow-up [37,57]. These considerations prevented us from evaluating lipid results and carotid arteries earlier than 12-month intervals.

The calculation of ten-year prognostic risk of fatal and non-fatal myocardial infarction and sudden death was performed in accordance with PROCAM Study-derived Cox proportional hazards model [58]. Such variables as female gender, age, blood pressure, smoking, diabetes mellitus, total cholesterol, triglycerides, and family history of acute myocardial infarction (first-grade relatives with the events occurred before the age of 60 years), were used for risk calculation, and the regional adjustment coefficient was applied [59].

To examine the carotid arterial wall, B-mode high-resolution ultrasonography with a linear vascular 7.5 MHz probe (SSI-1000 scanner, SonoScape, Shenzhen, China) was performed by three operators. The examination included a scanning of the left and right common carotid arteries, the carotid sinus area, as well as external and internal carotid arteries, with a focus on the far wall of the artery in three fixed projections (anterior, lateral, and posterior [60]). The measurements were performed on distal 10 mm of common carotid artery (the opposite site from carotid sinus of the common carotid artery). Reproducibility of cIMT measurements was assessed according to the protocol of the IMPROVE Study [61]. Within-operator coefficient of variation (CV) was 2.6%; reproducibility coefficient accounted for 0.040. The frozen scans were digitized for subsequent cIMT quantitative measurement using specialized software package (M’Ath ver. 3.1, IMT, Paris, France). The cIMT far wall was measured as the distance from the leading edge of the first echogenic zone to the leading edge of the second echogenic zone. The measurements were performed by an independent certified reader in a blinded manner. The mean of all measurements in the anterior, posterior, and lateral projections were considered as integral measurements of cIMT.

The significance of differences was analyzed with the IBM SPSS 21.0 program package (IBM, Armonk, NY, USA). The Mann–Whitney statistics or t-test were applied for between-group valuations, Wilcoxon statistics were performed for within-group effect comparisons, and Pearson's chi-squared was used for the assessment of nominal variables distributions. Pearson's correlation analysis and regression analysis were applied for the evaluation of the relationship between the values of risk changes and clinical and biochemical variables. The data are reported as the mean and standard deviation (SD). The differences were considered statistically significant at the 0.95 level of confidence (p < 0.05).

Our data suggest that the use of the isoflavonoid-rich herbal preparation Karinat may play an important role in the prevention of atherosclerosis progression in postmenopausal women, since it essentially suppressed the formation of new atherosclerotic lesions approximately by 1.5-fold and slowed the progression of existing ones. Further evaluation of the study results should be based on the precise knowledge of cardioprotective, metabolic, and anti-atherosclerotic effects of isoflavonoids, other phytoestrogens and their combinations. The isoflavonoid-rich herbal preparation used in our study provides intake of a mix of polyphenolic compounds, including procyanidin, genistein, daidzein, flavones, and resveratrol [49], but the role of each compound in the inhibition of cIMT and plaque progression remains to be unraveled. Our study unambiguously suggests that there is the potential for this herbal supplement for the prevention of atherosclerosis in postmenopausal women. However, it is worth noting that the present study is preliminary in nature, and the herbal preparations are still limited to prevention, but not treatment.
Thus, the use of isoflavonoid-rich herbal preparations may be considered nowadays as a promising approach for the development of anti-atherosclerotic therapy. Nevertheless, further studies are required to confirm this possibility.

This study was supported in part by the Ministry of Education and Sciences, Russian Federation (Project # RFMEFI61614X0010).

All authors contributed to the design and implementation of this study. Veronika A. Myasoedova, Tatyana V. Kirichenko, Alexandra A. Melnichenko, Varvara A. Orekhova and Alessio Ravani performed the examination of study participants and analyzed the data obtained. Igor A. Sobenin and Alexander N. Orekhov have elaborated the concept of the study and supervised the project. All authors contributed to the writing of this manuscript. 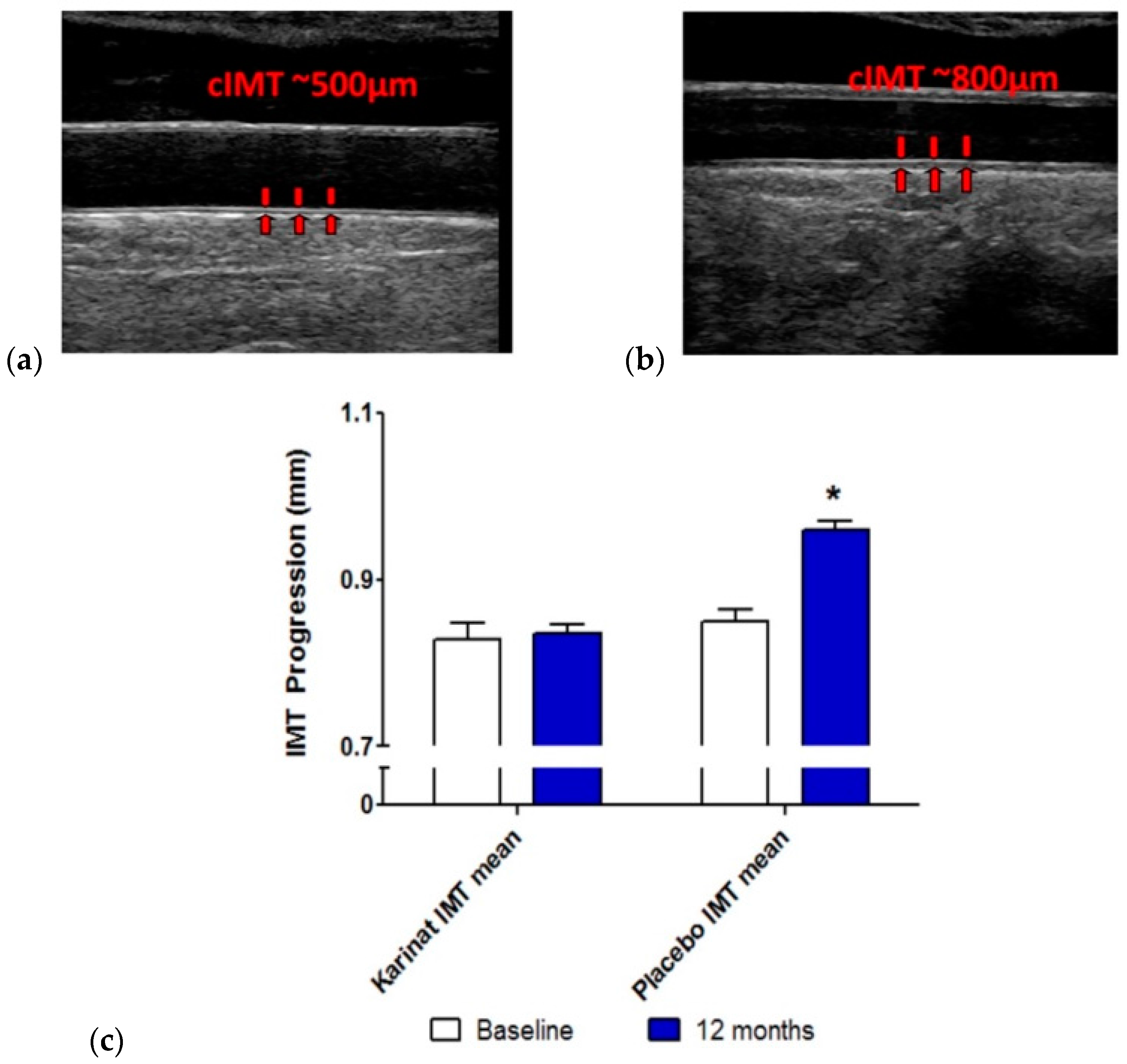 Table 2. The changes of characteristics of study participants after 12-month follow-up.
The data are presented as mean and standard deviation (in parentheses).

Table 3. Carotid atherosclerosis progression.
The data are presented as mean and standard deviation (in parentheses).