Expansion of Non-Native Brown Trout in South Europe May Be Inadvertently Driven by Stocking: Molecular and Social Survey in the North Iberian Narcea River

The biological and anthropogenic (management) factors that may contribute to the expansion of non-native lineages in managed fish have been studied in this work taking brown trout (Salmo trutta) as a model species. The changes of users’ opinion about stocking was studied employing social science methodology (surveys). The evolution of hatchery stocks together with the outcome of stocking were analysed with two genetic tools: the LDH-C1* locus (marker of non-native stocks) and six microsatellite loci (for assignment of wild trout to the natural population or putative hatchery stocks). Consulted stakeholders were convinced of the correctness of releasing only native stocks, although in practice the hatcheries managed by them contained important proportions of non-native gene carriers. Our results suggest that allochthonous individuals perform better and grow faster in hatchery conditions than the native ones. We also find a dilution of the impact of this kind of suplementation in wild conditions. The use of only native individuals as hatchery breeders tested for the presence of non-native alleles previously to the artificial crosses must be a priority. Surveys can help steer policy making toward decisions that will be followed by the public, but they should not be used to justify science. View Full-Text
Keywords: Salmo trutta; hatchery; stocking; introgression; management Salmo trutta; hatchery; stocking; introgression; management
►▼ Show Figures 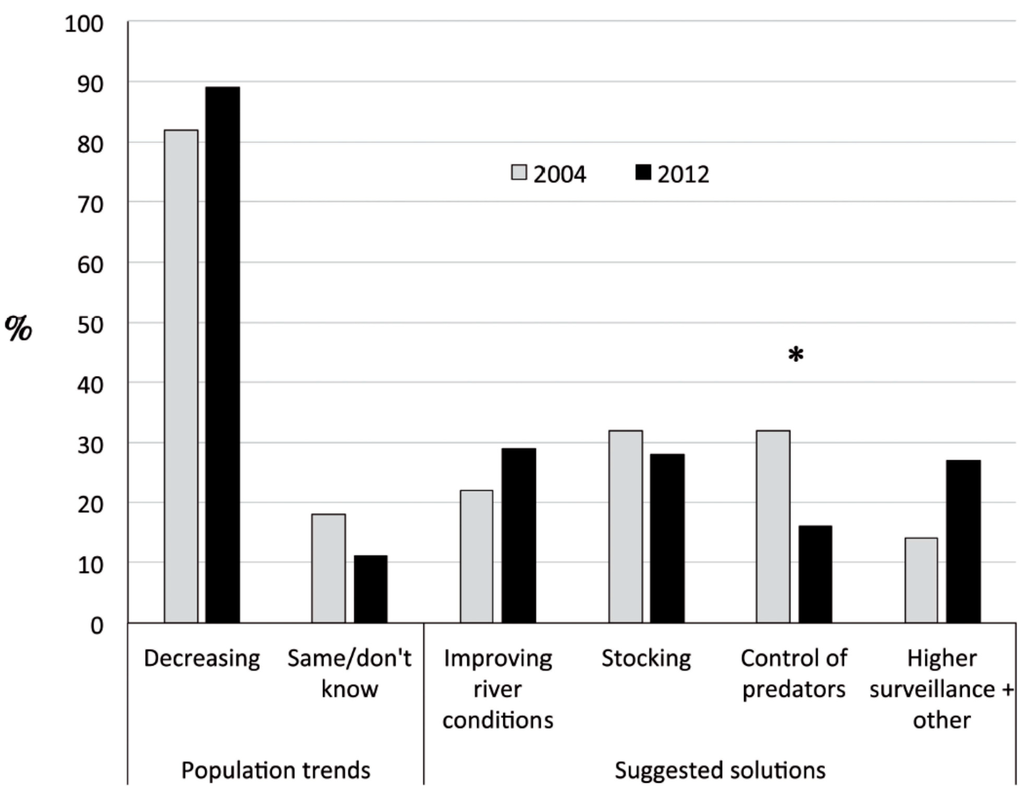