Ischemia-reperfusion injury resulting from arterial occlusion or hypotension in patients leads to tissue hypoxia with glucose deprivation, which causes endoplasmic reticulum (ER) stress and neuronal death. A proteomic approach was used to identify the differentially expressed proteins in the brain of rats following a global ischemic stroke. The mechanisms involved the action in apoptotic and ER stress pathways. Rats were treated with ischemia-reperfusion brain injuries by the bilateral occlusion of the common carotid artery. The cortical neuron proteins from the stroke animal model (SAM) and the control rats were separated using two-dimensional gel electrophoresis (2-DE) to purify and identify the protein profiles. Our results demonstrated that the SAM rats experienced brain cell death in the ischemic core. Fifteen proteins were expressed differentially between the SAM rats and control rats, which were assayed and validated in vivo and in vitro. Interestingly, the set of differentially expressed, down-regulated proteins included catechol O-methyltransferase (COMT) and cathepsin D (CATD), which are implicated in oxidative stress, inflammatory response and apoptosis. After an ischemic stroke, one protein spot, namely the calretinin (CALB2) protein, showed increased expression. It mediated the effects of SAM administration on the apoptotic and ER stress pathways. Our results demonstrate that the ischemic injury of neuronal cells increased cell cytoxicity and apoptosis, which were accompanied by sustained activation of the IRE1-alpha/TRAF2, JNK1/2, and p38 MAPK pathways. Proteomic analysis suggested that the differential expression of CALB2 during a global ischemic stroke could be involved in the mechanisms of ER stress-induced neuronal cell apoptosis, which occurred via IRE1-alpha/TRAF2 complex formation, with activation of JNK1/2 and p38 MAPK. Based on these results, we also provide the molecular evidence supporting the ischemia-reperfusion-related neuronal injury. View Full-Text
Keywords: Ischemia-reperfusion; endoplasmic reticulum stress; proteomic approach; calretinin Ischemia-reperfusion; endoplasmic reticulum stress; proteomic approach; calretinin
►▼ Show Figures 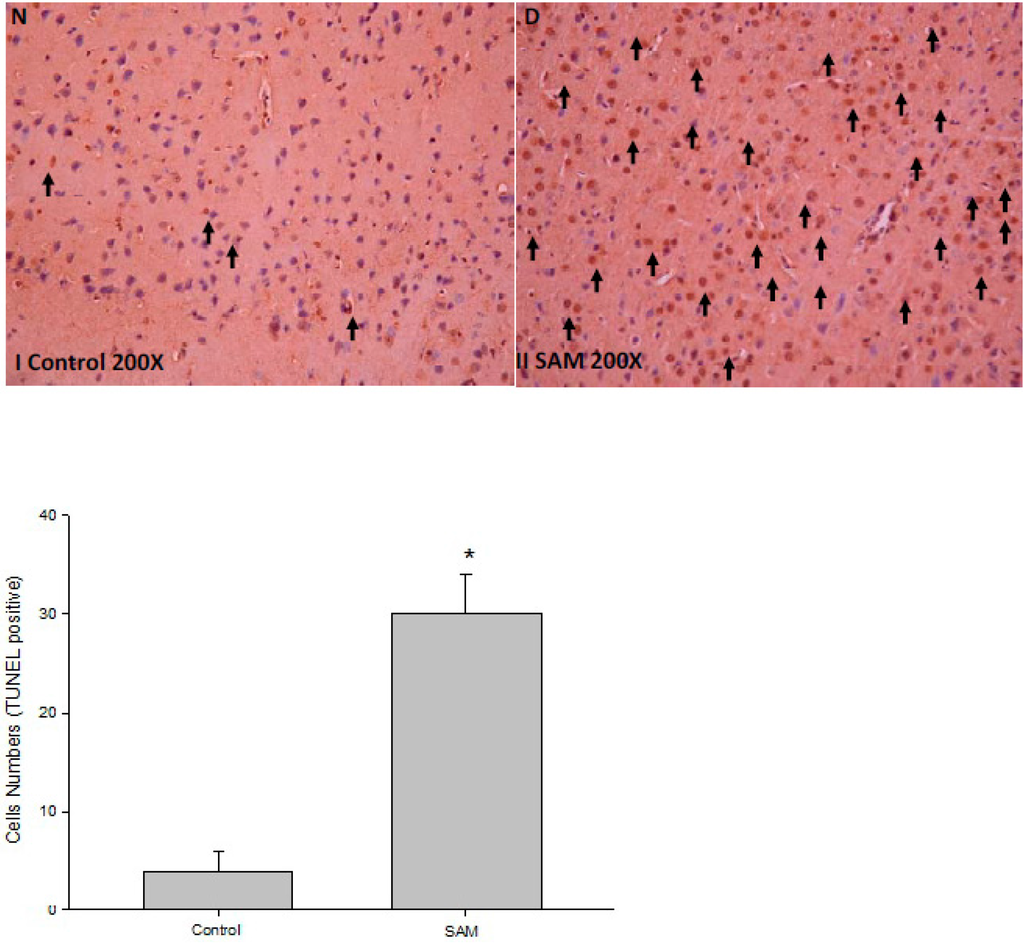