A universal vaccination program among preadolescents was implemented in Catalonia, Spain, during the period of 1999–2013 and its effectiveness has been clearly demonstrated by an overall significant attack rate reduction. However, reductions were not constant over time, and increases were again observed in 2002–2009 due to the occurrence of huge outbreaks. In the following years, in the absence of large outbreaks, the attack rate decreased again to very low levels. However, an increase of symptomatic cases in the <5 age group has recently been observed. This is an unexpected observation since children younger than 6 are mostly asymptomatic. Such a long vaccination campaign offers the opportunity to analyze not only the effectiveness of vaccination, but also the influence of the circulating genotypes on the incidence of hepatitis A among the different age groups. This study has revealed the emergence of genotype IC during a foodborne outbreak, the short-lived circulation of vaccine-escape variants isolated during an outbreak among the men-having-sex-with-men group, and the association of genotype IIIA with the increase of symptomatic cases among the very young. From a public health perspective, two conclusions may be drawn: vaccination is better at an early age, and the vaccination schedule must be complete and include all recommended vaccine doses. View Full-Text
Keywords: hepatitis A; HAV genotypes; age-group; children; MSM; vaccine-escape variants; vaccination hepatitis A; HAV genotypes; age-group; children; MSM; vaccine-escape variants; vaccination
►▼ Show Figures 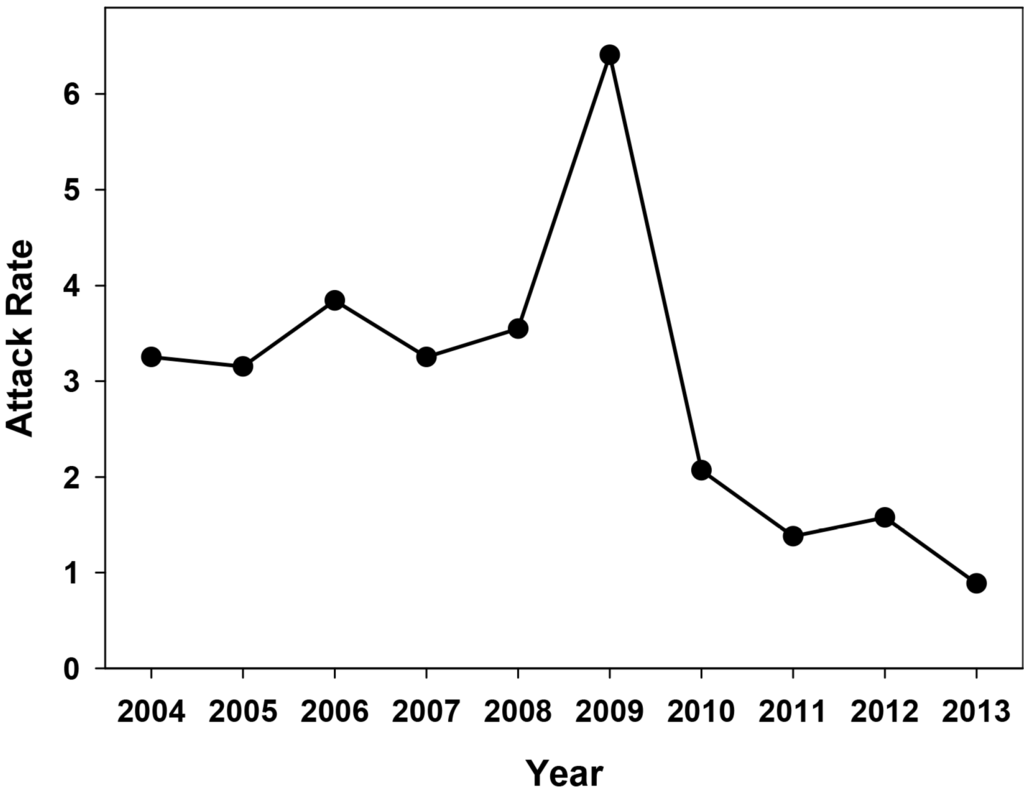