Viral Metagenomics on Animals as a Tool for the Detection of Zoonoses Prior to Human Infection?

Many human viral infections have a zoonotic, i.e., wild or domestic animal, origin. Several zoonotic viruses are transmitted to humans directly via contact with an animal or indirectly via exposure to the urine or feces of infected animals or the bite of a bloodsucking arthropod. If a virus is able to adapt and replicate in its new human host, human-to-human transmissions may occur, possibly resulting in an epidemic, such as the A/H1N1 flu pandemic in 2009. Thus, predicting emerging zoonotic infections is an important challenge for public health officials in the coming decades. The recent development of viral metagenomics, i.e., the characterization of the complete viral diversity isolated from an organism or an environment using high-throughput sequencing technologies, is promising for the surveillance of such diseases and can be accomplished by analyzing the viromes of selected animals and arthropods that are closely in contact with humans. In this review, we summarize our current knowledge of viral diversity within such animals (in particular blood-feeding arthropods, wildlife and domestic animals) using metagenomics and present its possible future application for the surveillance of zoonotic and arboviral diseases. View Full-Text
Keywords: viral metagenomics; hematophagous arthropods; zoonoses; wildlife; domestic animals viral metagenomics; hematophagous arthropods; zoonoses; wildlife; domestic animals
►▼ Show Figures 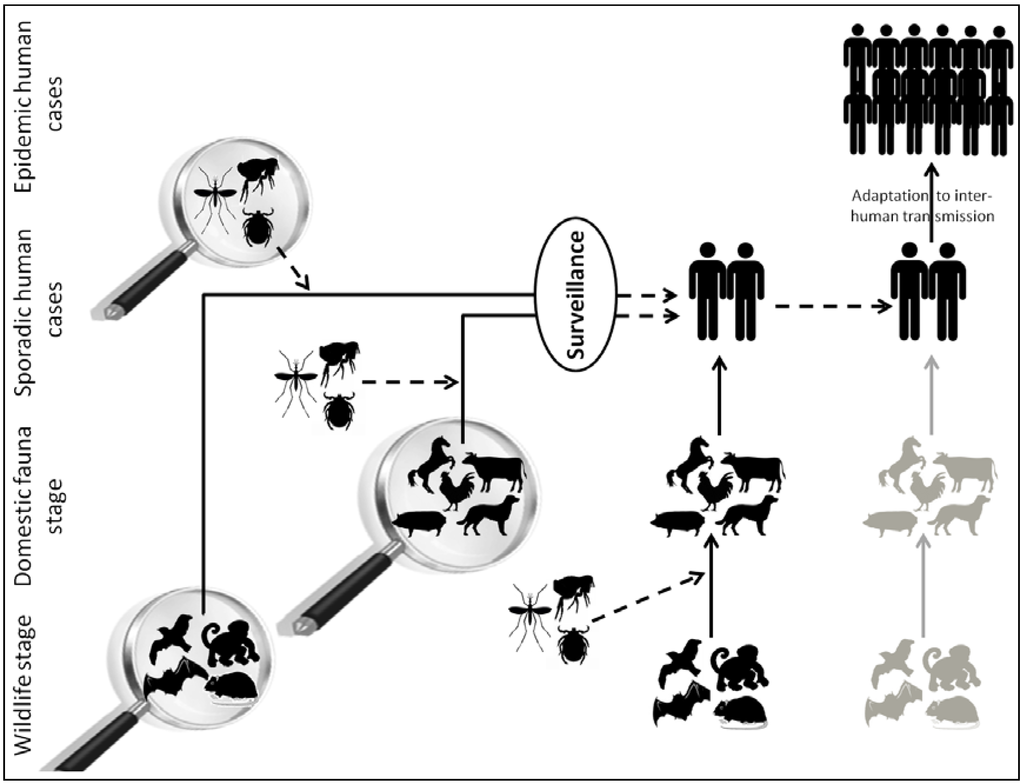