The Role of F-Box Proteins during Viral Infection

Hexaploid wheat displays limited genetic variation. As a direct A and B genome donor of hexaploid wheat, tetraploid wheat represents an important gene pool for cultivated bread wheat. Many disease resistant genes express conserved domains of the nucleotide-binding site and leucine-rich repeats (NBS-LRR). In this study, we isolated a CC-NBS-LRR gene locating on chromosome 7B from durum wheat variety Italy 363, and designated it TdRGA-7Ba. Its open reading frame was 4014 bp, encoding a 1337 amino acid protein with a complete NBS domain and 18 LRR repeats, sharing 44.7% identity with the PM3B protein. TdRGA-7Ba expression was continuously seen at low levels and was highest in leaves. TdRGA-7Ba has another allele TdRGA-7Bb with a 4 bp deletion at position +1892 in other cultivars of tetraploid wheat. In Ae. speltoides, as a B genome progenitor, both TdRGA-7Ba and TdRGA-7Bb were detected. In all six species of hexaploid wheats (AABBDD), only TdRGA-7Bb existed. Phylogenic analysis showed that all TdRGA-7Bb type genes were grouped in one sub-branch. We speculate that TdRGA-7Bb was derived from a TdRGA-7Ba mutation, and it happened in Ae. speltoides. Both types of TdRGA-7B participated in tetraploid wheat formation. However, only the TdRGA-7Bb was retained in hexaploid wheat. View Full-Text
Keywords: wheat; NBS-LRR gene; gene mutation; molecular evolution wheat; NBS-LRR gene; gene mutation; molecular evolution
►▼ Show Figures 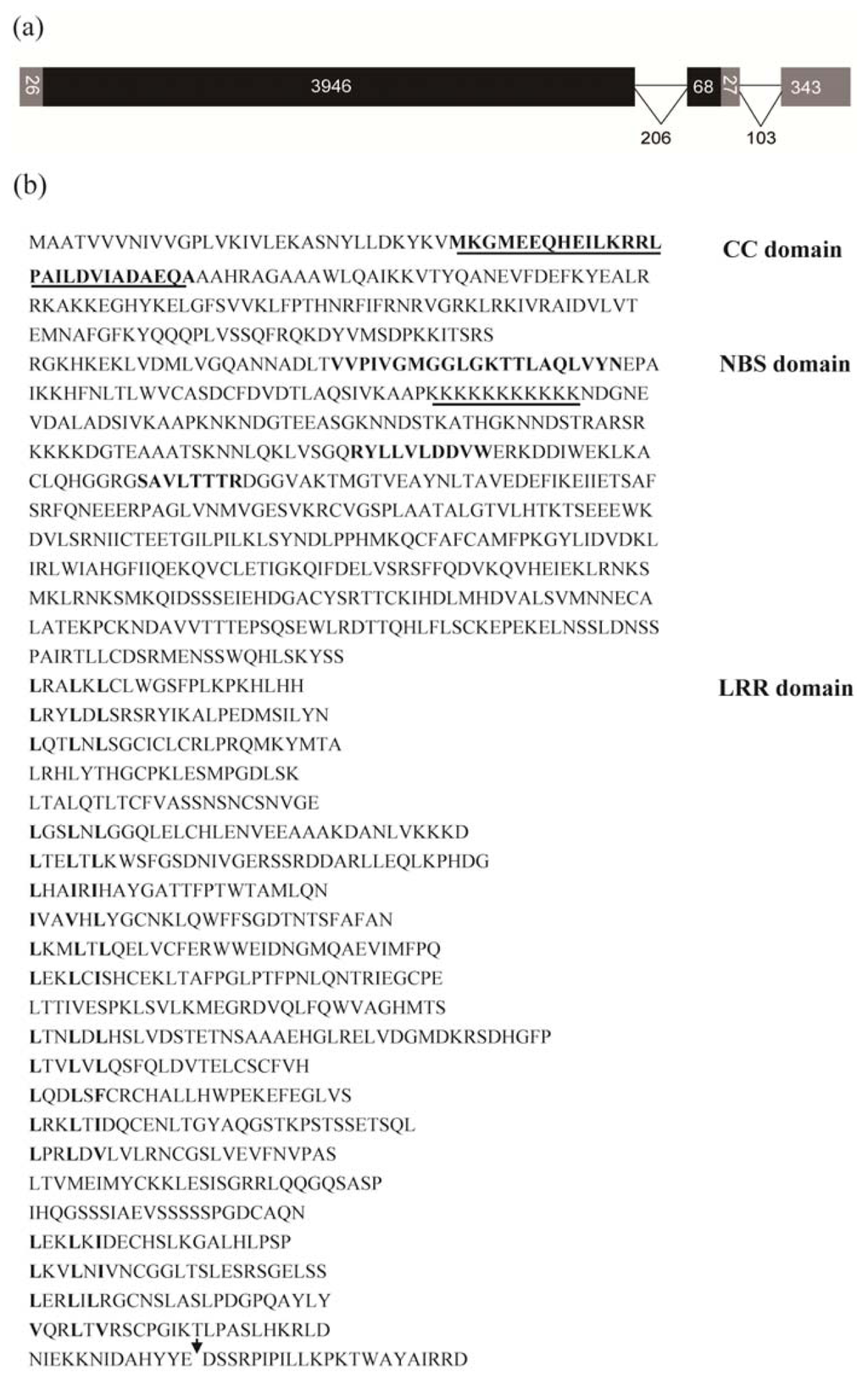