Exploration of the Protection of Riboflavin Laurate on Oral Mucositis Induced by Chemotherapy or Radiotherapy at the Cellular Level: What Is the Leading Contributor?
Previous Article in Special Issue

Regulation of Translation Initiation under Biotic and Abiotic Stresses

Low oxygen stress often occurs during the life of green organisms, mostly due to the environmental conditions affecting oxygen availability. Both plants and algae respond to low oxygen by resetting their metabolism. The shift from mitochondrial respiration to fermentation is the hallmark of anaerobic metabolism in most organisms. This involves a modified carbohydrate metabolism coupled with glycolysis and fermentation. For a coordinated response to low oxygen, plants exploit various molecular mechanisms to sense when oxygen is either absent or in limited amounts. In Arabidopsis thaliana, a direct oxygen sensing system has recently been discovered, where a conserved N-terminal motif on some ethylene responsive factors (ERFs), targets the fate of the protein under normoxia/hypoxia. In Oryza sativa, this same group of ERFs drives physiological and anatomical modifications that vary in relation to the genotype studied. The microalga Chlamydomonas reinhardtii responses to low oxygen seem to have evolved independently of higher plants, posing questions on how the fermentative metabolism is modulated. In this review, we summarize the most recent findings related to these topics, highlighting promising developments for the future. View Full-Text
Keywords: anoxia; Arabidopsis thaliana; Chlamydomonas reinhardtii; hypoxia; low oxygen; N-end rule; Oryza sativa anoxia; Arabidopsis thaliana; Chlamydomonas reinhardtii; hypoxia; low oxygen; N-end rule; Oryza sativa
►▼ Show Figures 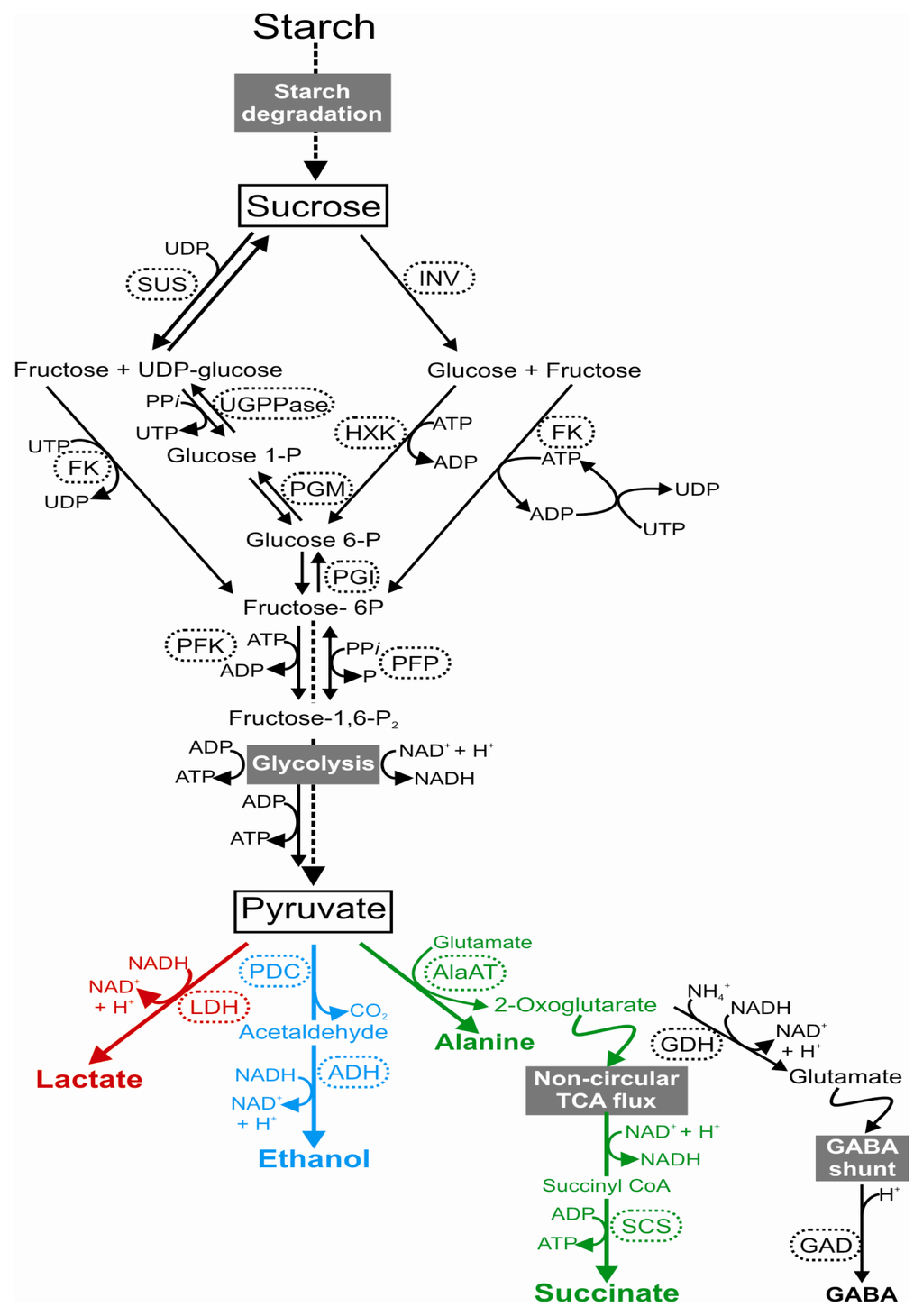