Phylogeographical analyses on Squalidus argentatus samples from thirteen localities within mainland China and Taiwan were conducted for biogeographic studies, as their dispersal strictly depends on geological evolution of the landmasses. A total of 95 haplotypes were genotyped for mtDNA cyt b gene in 160 specimens from nine river systems. Relatively high levels of haplotype diversity (h = 0.984) and low levels of nucleotide diversity (π = 0.020) were detected in S. argentatus. Two major phylogenetic haplotype groups, A and B, were revealed via phylogenetic analysis. The degree of intergroup divergence (3.96%) indicates that these groups diverged about 4.55 myr (million years) ago. Haplotype network and population analyses indicated significant genetic structure (FST = 0.775), largely concordant with the geographical location of the populations. According to SAMOVA analysis, we divided these populations into four units: Yangtze-Pearl, Qiantang-Minjiang, Jiulong-Beijiang and Taiwan groups. Mismatch distribution analysis, neutrality tests and Bayesian skyline plots indicated a significant population expansion for lineage A and B, approximately dated 0.35 and 0.04 myr ago, respectively. We found strong geographical organization of the haplotype clades across different geographic scales that can be explained by episodes of dispersal and population expansion followed by population fragmentation and restricted gene flow. View Full-Text
Keywords: Mainland China; MtDNA; phylogeography; Squalidus argentatu; Taiwan Mainland China; MtDNA; phylogeography; Squalidus argentatu; Taiwan
►▼ Show Figures 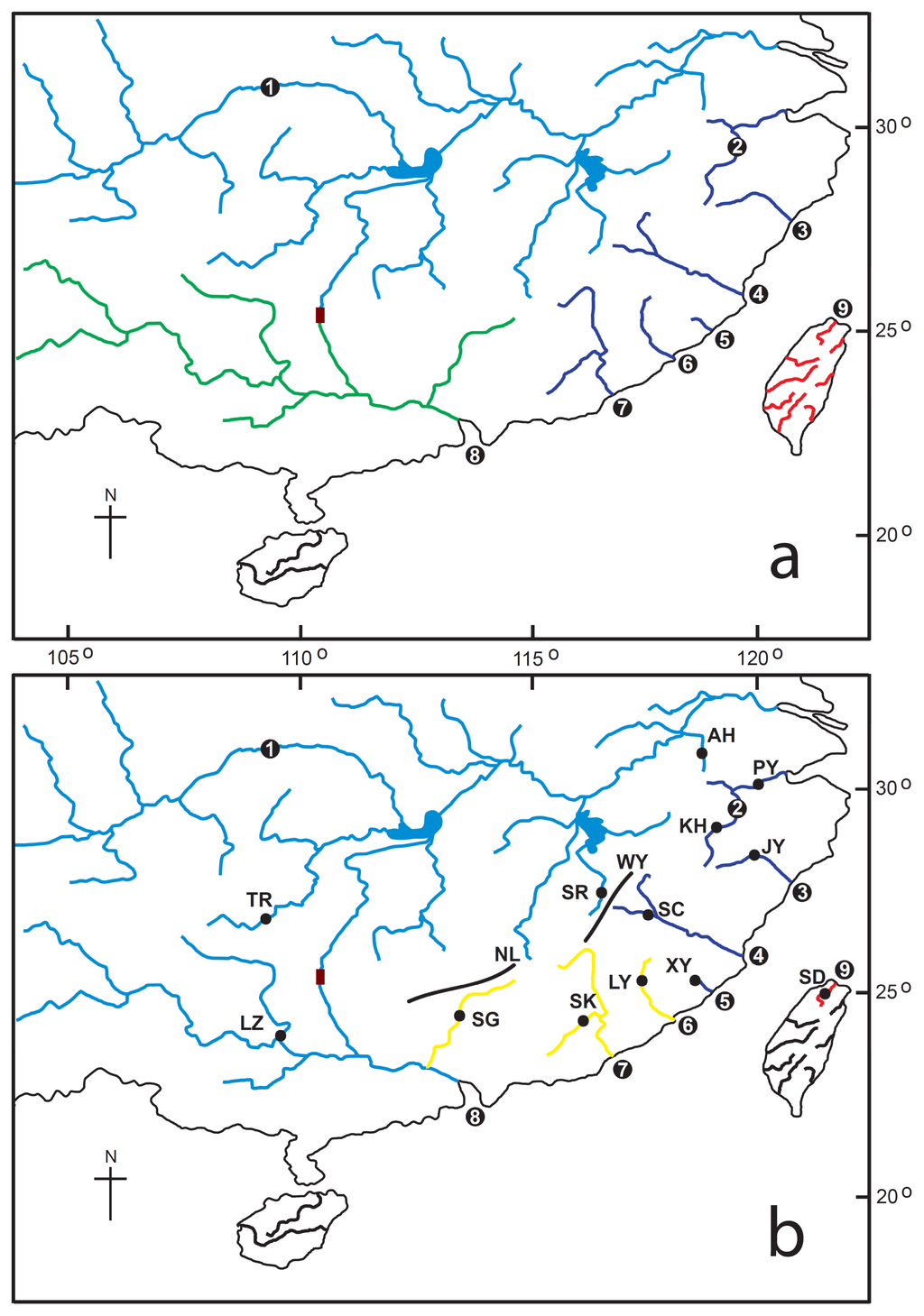