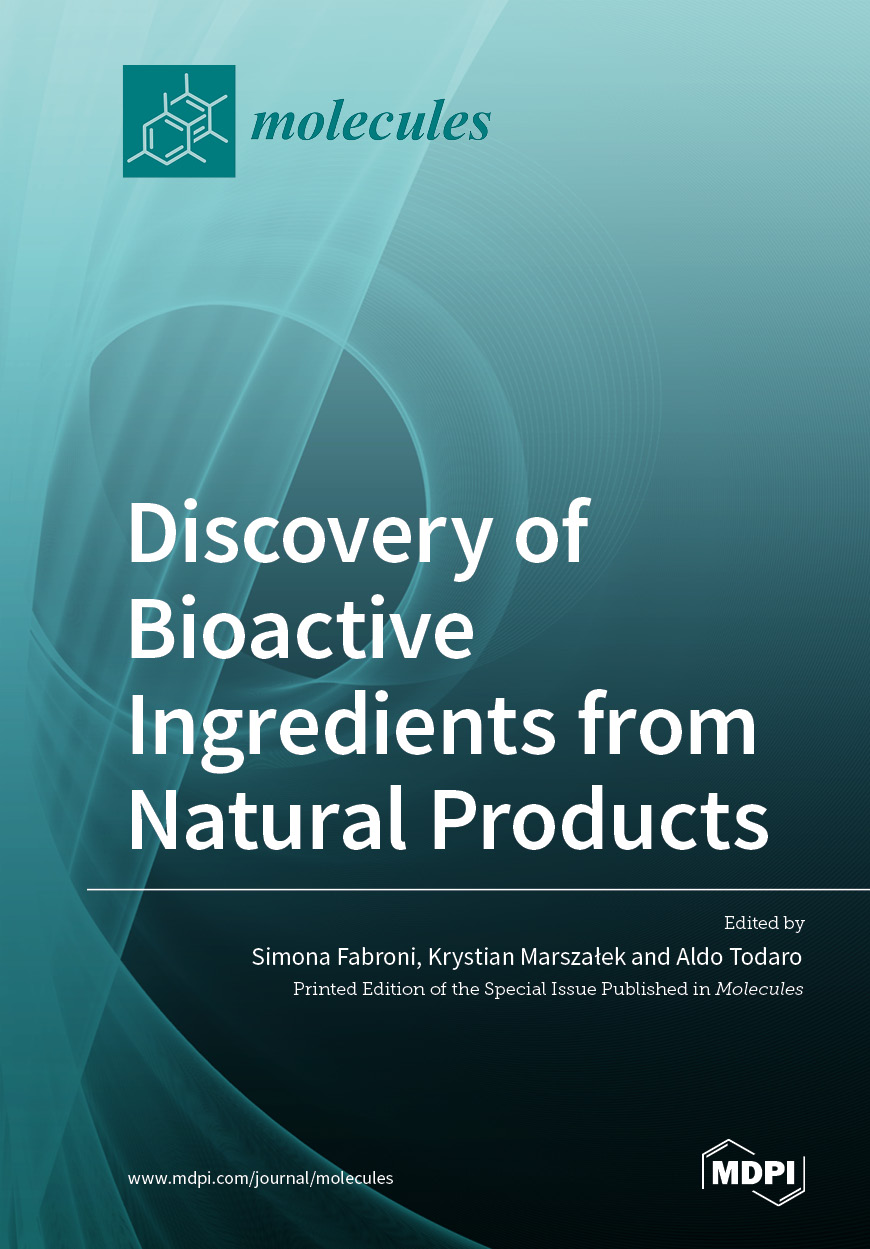 Lantana rhodesiensis Moldenke is a plant widely used to treat diseases, such as rheumatism, diabetes, and malaria in traditional medicine. To better understand the traditional uses of this plant, a phytochemical study was undertaken, revealing a higher proportion of polyphenols, including flavonoids in L. rhodesiensis leaf extract and moderate proportion in stem and root extracts. The antioxidant activity of the extracts was also determined using three different assays: the radical 2,2-diphenyl-1-picrylhydrazyl (DPPH) scavenging activity, the FRAP method (Ferric-reducing antioxidant power) and the β-carotene bleaching test. The anti-malarial activity of each extract was also evaluated using asexual erythrocyte stages of Plasmodium falciparum, chloroquine-sensitive strain 3D7. The results showed that the leaf extract exhibited higher antioxidant and anti-malarial activities in comparison with the stem and root extracts, probably due to the presence of higher quantities of polyphenols including flavonoids in the leaves. A positive linear correlation was established between the phenolic compound content (total polyphenols including flavonoids and tannins; and total flavonoids) and the antioxidant activity of all extracts. Furthermore, four flavones were isolated from leaf dichloromethane and ethyl acetate fractions: a new flavone named rhodescine (5,6,3′,5′-tetrahydroxy-7,4′-dimethoxyflavone) (1), 5-hydroxy-6,7,3′,4′,5′-pentamethoxyflavone (2), 5-hydroxy-6,7,3′,4′-tetramethoxyflavone (3), and 5,6,3′-trihydroxy-7,4′-dimethoxyflavone (4). Their structures were elucidated by 1H, 13CNMR, COSY, HSQC, HMBC, and MS-EI spectral methods. Aside from compound 2, all other molecules were described for the first time in this plant species. View Full-Text
Keywords: Lantana rhodesiensis; polyphenol content; flavonoid content; antioxidant activity; anti-malarial activity; flavones Lantana rhodesiensis; polyphenol content; flavonoid content; antioxidant activity; anti-malarial activity; flavones
►▼ Show Figures 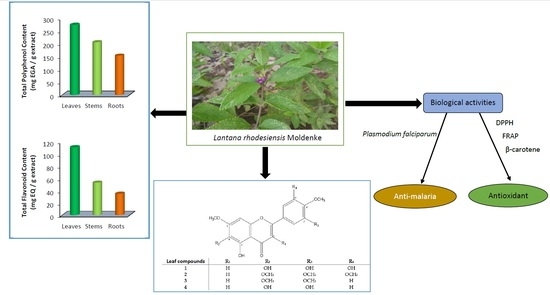