The Unexplored Wound Healing Activity of Urtica dioica L. Extract: An In Vitro and In Vivo Study

Wound healing is a great challenge in many health conditions, especially in non-healing conditions. The search for new wound healing agents continues unabated, as the use of growth factors is accompanied by several limitations. Medicinal plants have been used for a long time in would healing, despite the lack of scientific evidence veryfying their efficacy. Up to now, the number of reports about medicinal plants with wound healing properties is limited. Urtica dioica L. is a well-known plant, widely used in many applications. Reports regarding its wound healing potential are scant and sparse. In this study, the effect of an Urtica dioica L. extract (containing fewer antioxidant compounds compared to methanolic or hydroalcoholic extracts) on cell proliferation, the cell cycle, and migration were examined. Additionally, antioxidant and anti-inflammatory properties were examined. Finally, in vivo experiments were carried out on full-thickness wounds on Wistar rats. It was found that the extract increases the proliferation rate of HEK-293 and HaCaT cells up to 39% and 30% after 24 h, respectively, compared to control cells. The extract was found to increase the population of cells in the G2/M phase by almost 10%. Additionally, the extract caused a two-fold increase in the cell migration rate of both cell lines compared to control cells. Moreover, the extract was found to have anti-inflammatory properties and moderate antioxidant properties that augment its overall wound healing potential. Results from the in vivo experiments showed that wounds treated with an ointment of the extract healed in 9 days, while wounds not treated with the extract healed in 13 days. Histopathological examination of the wound tissue revealed, among other findings, that inflammation was significantly reduced compared to the control. Urtica dioica L. extract application results in faster wound healing, making the extract ideal for wound healing applications and a novel drug candidate for wound healing. View Full-Text
Keywords: wound healing; histopathological study; cell proliferation and migration; cell cycle progression; anti-inflammatory; Urtica dioica L. wound healing; histopathological study; cell proliferation and migration; cell cycle progression; anti-inflammatory; Urtica dioica L.
►▼ Show Figures 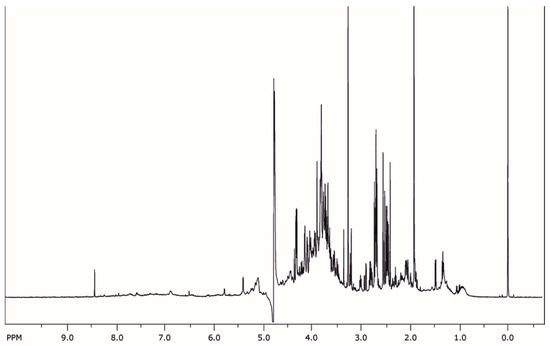 Anastassios N. Troganis
https://www.scopus.com/authid/detail.uri?authorId=6603902400
Zoom | Orient | As Lines | As Sticks | As Cartoon | As Surface | Previous Scene | Next Scene
We use cookies on our website to ensure you get the best experience. Read more about our cookies here.
Accept
We have just recently launched a new version of our website. Help us to further improve by taking part in this short 5 minute survey here. here.
Never show this again