Katelyn A. M. McMillan
1 and

Host defense peptides (HDPs) are a group of antimicrobial peptides (AMPs) that are crucial components of the innate immune system of many different organisms. These small peptides actively kill microbes and prevent infection. Despite the presence of AMPs in the amphibian immune system, populations of these organisms are in decline globally. Magainin is an AMP derived from the African clawed frog (Xenopus laevis) and has displayed potent antimicrobial effects against a wide variety of microbes. Included in this group of microbes are known pathogens of the African clawed frog and other amphibian species. Arguably, the most deleterious amphibious pathogen is Batrachochytrium dendrobatidis, a chytrid fungus. Investigating the mechanism of action of magainin can help understand how to effectively fight off infection. By understanding amphibian AMPs’ role in the frog, a potential conservation strategy can be developed for other species of amphibians that are susceptible to infections, such as the North American green frog (Rana clamitans). Considering that population declines of these organisms are occurring globally, this effort is crucial to protect not only these organisms but the ecosystems they inhabit as well. View Full-Text
Keywords: antimicrobial peptide; magainin; African clawed frog; North American green frog antimicrobial peptide; magainin; African clawed frog; North American green frog
►▼ Show Figures 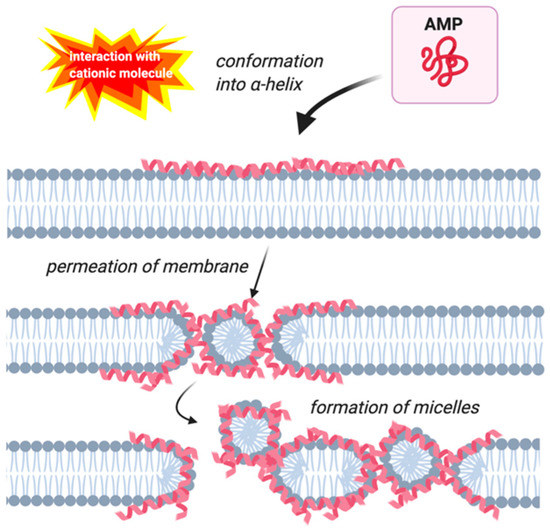