Omega-3 poly unsaturated fatty acids (PUFA) particularly eicosapentaenoic acid (EPA), and docosahexaenoic acid (DHA), have many health benefits including reducing the risk of cancer and cardiovascular disease. Recently, the use of ionic liquids (ILs) in lipid extraction from microalgae provides the potential to overcome common drawbacks, offers several other benefits. To date, very limited researches are available to focus on extracting microalgae lipid and PUFA in particular by using ILs. The objective of current work is to screen the potential ILs that can be applied in EPA extraction. In this study, fast ILs screening was performed with the help of a conductor like screening model for real solvents (COSMO-RS) and the ILs with higher capacity values for use in extraction of EPA were compared. According to the results, the highest capacity for EPA extraction among 352 screened cation/anion combinations belongs to [TMAm][SO4]. It is expected to achieve a higher yield of EPA once applying this combination as the solvent in the process of extraction. ILs with small anions were observed to have higher capacities, as well possessing higher charge density compared to larger ones, and therefore, they are more preferable for extraction purposes. Moreover, shorter alkyl chain cations are preferred when using imidazolium-based IL, which agrees with experimental data.
Keywords: COSMO-RS; omega-3; EPA extraction; ionic liquids; screening; extraction capacity; infinite dilution activity coefficient COSMO-RS; omega-3; EPA extraction; ionic liquids; screening; extraction capacity; infinite dilution activity coefficient

The principle of COSMO-RS as a physical model considers the interaction energy of polarization charge densities between the sigma bonds. Net surface charge of EPA is calculated in terms of Sigma profile (σ-profile), which is related to the charge density profiles of molecular surface and Sigma potential (σ-potential) in order to clear its chemical nature. The polarity of the molecule is typically determined by the help of molecular electrostatic potentials. The best approach to investigate the molecular similarity is through comparing the electron density or electrostatic potential that is created by molecules, considering all space within the van der Waals surfaces of the molecules or within all regions outside the molecular cores [35]. The interactions of the electrostatic (polarity) among IL systems will integrate the hydrogen-bonding and hydrophobicity of a structure in the method of COSMO-RS. Therefore, it demonstrates multiple solvation interactions of ILs and presents the quantity and clear visual of polarity distribution on molecular surfaces with the help of sigma (σ) profiles [36]. According to the σ-profile, higher absolute values of σ indicates the stronger compound as a hydrogen bond donor or a hydrogen bond acceptor [37].
The chemical structure of EPA and its sigma surface are illustrated in Figure 1. The results of σ-profile and σ-potential are indicated in Figure 2 and Figure 3, respectively. Significant terms related to qualitative description of EPA molecules including hydrogen bonding, polarity, and lipophilicity/hydrophilicity can be visualized with the help of COSMO-RS 3D screening charge distribution (sigma surface). Charge distribution is coded in colors such as red color, which represents the negative (−ve) charge, whereas blue and green represents the positive (+ve) and neutral (0) charge on the molecular surface, respectively. The screening charge density surface (s-surface) contains all relevant information for COSMO-RS to calculate the chemical potential.
The capacity values related to five types of cation-base ILs including imidazolium, pyridinium, pyrrolidinium, piperidinium, and tetra-methyl ammonium with 22 types of anions were screened at 298.15 K and the results are summarized in Figure 4a–e. The results are followed by recommendations for the selection of suitable ILs to be applied in EPA extraction.
Generally, sigma profile divided into three important parts. The first part, where σ < −0.01 e/nm2, shows the hydrogen bond donor part. The second part extending between −0.01 < σ < +0.01 e/nm2, which belongs to the non-polarized area and the third part, where σ > +0.01 e/nm2, shows the hydrogen bond acceptor part. It is remarkable that there are a series of sharp a peak in the non-polarized area and there is also a slight peak in hydrogen bond acceptor and donor. Consequently, EPA is highly non-polar and is due to all of the peaks merely crowded in the non-polar region.
Chemical potential or sigma potential (μ(σ)) demonstrate the deep understanding about which ILs structures have a high impact on interaction with EPA molecules. Sigma potential (μ(σ)) like sigma profile is divided into three important areas. The first zone where σ < −0.01 e/nm−2 belongs to the interaction with hydrogen bond donors. The second zone where −0.01< σ < 0.01 e/nm−2 is related to non-polar area and the third zone, where σ > 0.01 e/nm−2 belongs to the hydrogen bond acceptor part. Sigma potential shows that EPA can interact with a polar compound due to the peaks located in negative values on the y axis from 0 < (μ(σ)) < −0.7. Additionally it has high attraction toward both hydrogen-bond donor and acceptor molecules.

The molecules geometries were optimized by turbo mole 6.3 program package (TURBOMOLE GmbH (ltd), Univerisity of Karlsruhe Karlsruhe, Germany) that follows the density functional theory (DFT), to generate COSMO files using Becke and Perdew (BP) functional B88-86 with a triple-zeta valence with polarization (TZVP), and the resolution of identity standard (RI) approximation as a basis set [51].
COSMO-RS is a theory with the purpose of quantum theory, surface interactions, dielectric continuum models, and statistical thermodynamic properties that has been described for the first time in a work by Reference [23]. At first, in 1998 the application of COSMO-RS was limited by calculation of the activity coefficient in infinite dilution for vapour-liquid equilibria of binary mixtures. Then, the usage of COSMO-RS go further to calculate all kinds of phase equilibrium such as vapour-liquid, liquid-liquid, and solid-liquid predictions [52,53].
In this study, the COSMO-RS approach has been used to screen 352 ILs (22 anions-16 cations combination) and to calculate their related capacity values. Selected ILs (with higher capacity values) are intended to be applied as solvents in EPA extraction. Figure 6 illustrates the following steps for screening, and therefore, the selection of an appropriate IL to be used in the extraction of the total EPA compound.

The chemical structure of EPA which is illustrated in Table 2 is first optimized by TZVP according to thermodynamic properties and inserted to the data bank of COSMO-RS. Next, cations were selected from imidazolium, pyridinium, pyrrolidinium, piperidinium, and tetra-methyl ammonium based-ILs and hydrophilic and hydrophobic anions. The screened anions and cations based ILs were referred from the lipid extraction literature as a basis, as shown in Table 3 and Table 4. Then, the software estimates the sigma profile and sigma potential of EPA and calculates the related capacity values for each IL toward EPA compound.

Solvent extraction process is a robust and economical methodology to be applied for extraction of EPA. There are three assumptions that were made during the screening process including: (a) The liquid state is incompressible, (b) all parts of the molecular surfaces can be in contact with each other, and (c) only pairwise interactions of molecular surface patches are allowed.
With respect to the stated assumptions, screening of charge density and capacity value at infinite dilution were performed by COSMO-RS. The significance of capacity value at infinite dilution is where it defined whether the targeted solvent has adequate strength in extraction. The screening charge density is defined as sigma profile of mixture and it can be calculated by Equations (1) and (2) [23,54,55]:
In Equation (1), is the mole fraction of compound X, and is the sigma profile of compound X. Additionally, in Equation (2), is the number of the segment with the surface charge density , ) is the total surface area of all segment with particular charge density .
The sigma potential ( rely on composition, temperature (T), sigma profile and electrostatic interaction energies (, which is determined by Equation (3):
Equations (4) represent the electrostatic interaction energies [56]. where is ideal gas constant, is also absolute temperature, is the effective area of contact, is hydrogen bonding energy, is electrostatic interaction energy of two segments per unit area, α′ is an interaction parameter, σ and σ′ are two different screening charge densities for solute molecules that are in contact with each other, and is the electrostatic interaction energy of two segments per unit area.
The solvent capacity accounts for the quantity of solute that has been removed from the mixture by the extracting solvent [57]. The solvent capacity at infinite dilution, is numerically the maximum amount of solute (EPA) that can be dissolved in the solvent (IL). The capacity values of ILs for the extraction of EPA calculated by Equation (5). where, is the activity coefficient of solvent at infinite dilution. The value of capacity indicates the amount of solvent that is used during the separation process. The higher solvent capacity results in a lower amount of solvent used. Therefore, the solvent with highest capacity value tends to be more desirable to choose as a separating agent.

Overall, the COSMO-RS method was used to screen the suitable ILs for microalgae lipid extraction based on the findings from this study. The highest capacity for EPA extraction among 352 cation/anion combinations was belong to [TMAm][SO4] followed by [BMPIP][SO4][EMPyr][SO4][EMIM][SO4][EMPyrro][SO4][TMAm][SO4] by the order of low to high. It is expected to apply this combination ([TMAm][SO4]) to produce a high yield of EPA from microalgae. It is expected to have a better extraction with the small anions that possess high charge density compared to larger ones. Moreover, shorter alkyl chain cations are preferred when using imidazolium-based IL, which agrees with experimental data. Overall, we may conclude that other factors should be addressed to select the IL for extraction such as the rate of mass transfer, the solubility, selectivity, and viscosity. Indeed, screening for the most suitable ILs for extraction reduces the time required and therefore would be more efficient in terms of resources.

This research was funded by “Matching grant” with grant number 9300432. 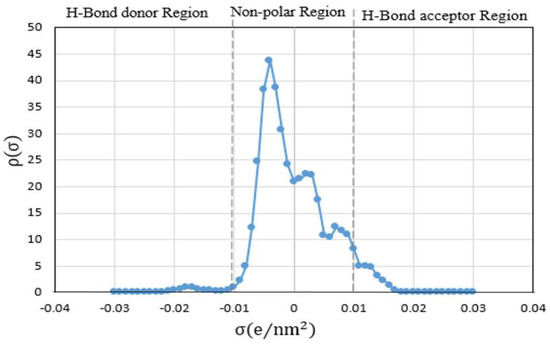 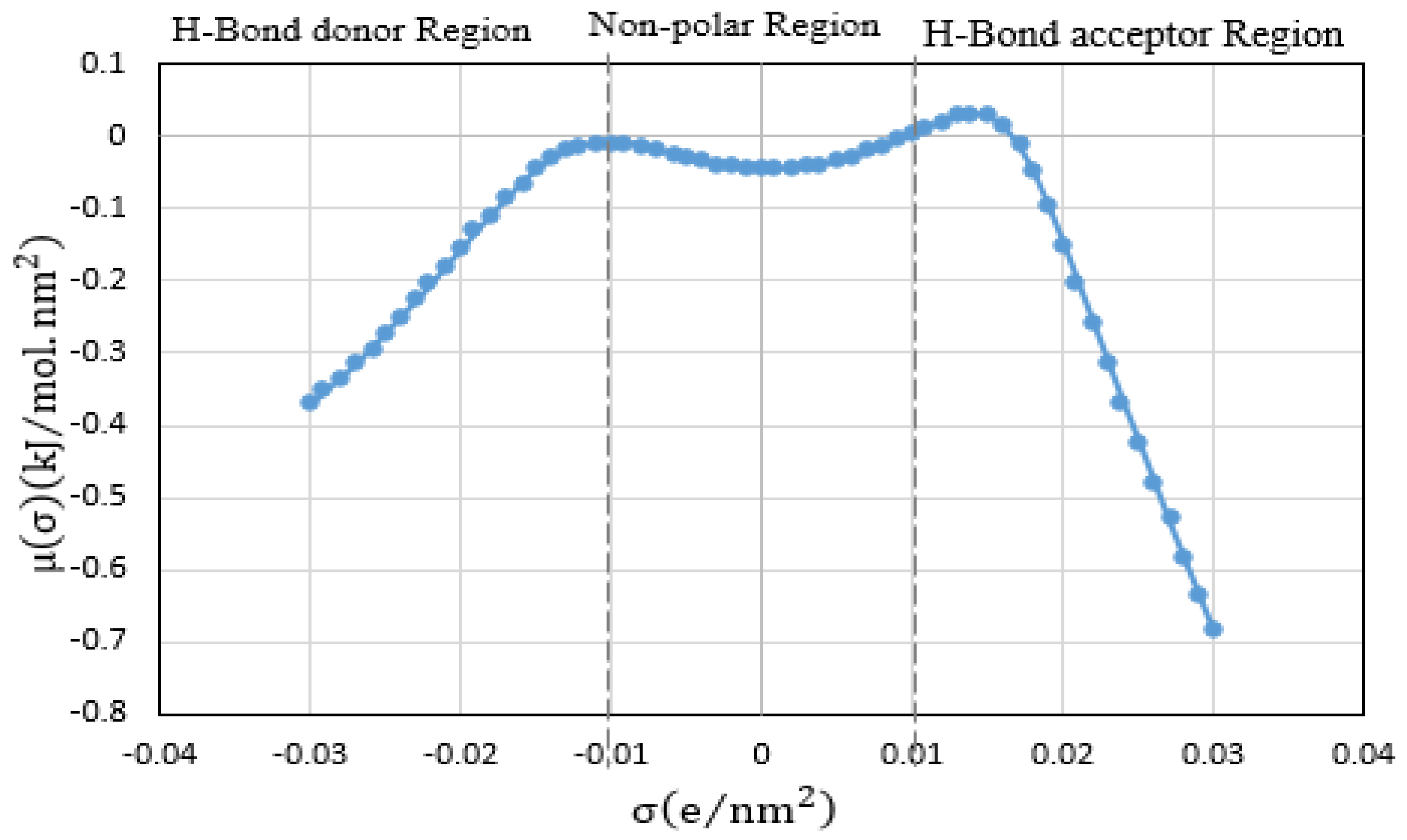 Table 4. The screened cations used in this study.
Table 4. The screened cations used in this study.
© 2019 by the authors. Licensee MDPI, Basel, Switzerland. This article is an open access article distributed under the terms and conditions of the Creative Commons Attribution (CC BY) license (http://creativecommons.org/licenses/by/4.0/).
We use cookies on our website to ensure you get the best experience. Read more about our cookies here.
Accept
We have just recently launched a new version of our website. Help us to further improve by taking part in this short 5 minute survey here. here.
Never show this again