Fluorine-Substituted Arylphosphine for an NHC-Ni(I) System, Air-Stable in a Solid State but Catalytically Active in Solution
Previous Article in Special Issue

Despite recent advances in perinatal therapeutic strategies, prematurity still constitutes one of the major causes of neonatal mortality and morbidity [1]. Preterm infants are at higher risk for a variety of complications, of long stays in hospital and of long-term neurodevelopmental disabilities, often associated with higher economic and social costs [2]. In this regard, it has been reported that average days of hospitalization can range from 4 to 135 days [3] and the social costs for preterm births are estimated to be more than US$ 26.2 billion with average first-year medical costs of about US$ 32,325 [4].
In the last decade there has been increasing interest in late preterm infants (LP), who account for about 70% of total preterm births. Epidemiological data show that the risks for LP of adverse neonatal outcome are seven times more than those for term infants [5].
The post-critical neurological management of LP infants focuses on complementary and alternative treatments and on an early rehabilitation program [6]. Osteopathy (OP) is a drug-free treatment that uses a manual approach to diagnose and treat so-called somatic dysfunctions (SD). SD are commonly considered as bodily areas which manifest an altered tissue texture, a restricted range of motion, tenderness and asymmetry. These areas are characterized by a pro-inflammatory state as well as altered autonomic control [7].
OP is widely practiced in adults, especially in connection with muscular–skeletal problems and, more recently, osteopathic clinical trials have been conducted to investigate the role and impact of OP treatment in the care of preterm infants, showing a decrease in the length of hospital stays and in social costs [7]. The use of OP techniques in a perinatal setting is still a matter of debate. The term “indirect technique” refers to a gentle manipulative touch (OMT) rather than a passive touch, which has been shown to improve neonatal behavior in both animal and human models [7,8]. It has been suggested that OMT modulates autonomic nervous system functions and reduces pro-inflammatory cytokines [9,10,11,12]. However, despite these encouraging findings, data on the possible positive or side effects on neonatal brain oximetry and function are still lacking.
The purpose of the present study was to investigate whether OMT could improve or affect brain–splanchnic oximetry and function in LP infants, using near infrared spectroscopy (NIRS) monitoring before, during and after the OMT procedure.

Perinatal characteristics, main neonatal outcomes and standard monitoring parameters of the procedures applied to the 18 recruited infants are reported in Table 1. Gestational age (GA) and birthweight (BW) were within the 10–90° centiles for our population standards, emergency caesarean section (CS) was necessary in four out of 18 pregnant women, 11 out of 18 newborns were males and all LP admitted to the study were inborn. Maternal age at delivery was within the reference standard for our population, none of the mothers had a history of chorioamnionitis or pre-eclampsia (EPH), seven out of 18 pregnant women received antenatal steroid prophylaxis and premature rupture of membranes (PROM) occurred in three cases.
At birth all LP had an Apgar score >7 and respiratory distress syndrome (RDS) requiring surfactant administration and mechanical ventilation occurred in five out 18 LP. No LP required drug treatment for patent ductus arteriosus persistence (PDA); none of them developed intraventricular hemorrhage (IVH), early onset sepsis (EOS), necrotizing enterocolitis (NEC), retinopathy of prematurity (ROP) or bronchopulmonary dysplasia (BPD), whilst two out of 18 LP needed antibiotic treatment for late onset sepsis (LOS).

At T0 (before OMT), laboratory parameters such as venous blood pH, bilirubinemia, hemoglobin levels and hematocrit rate were within reference values. Standard monitoring parameters (heart rate, HR; respiratory rate, RR; pulsed arterial oxygen saturation, SaO2) at monitoring time-points were within reference values and no significant differences (P >0.05, for all) were found at T0-T2.
Neurological examination and cerebral ultrasound were normal in all LP admitted to the study (Table 2).

All subjects gave their informed consent for inclusion before they participated in the study. The study was conducted in accordance with the Declaration of Helsinki, and the protocol was approved by the local Ethics Committee (n°ASO.Neonat.12.01; 2630/71).
From December 2017 to December 2018 we conducted an observational pretest–test design involving 18 LP consecutively admitted to our third-level referral centers for NICU, where they acted as their own controls. GA was determined by clinical data and by longitudinal ultrasound scan monitoring according to the nomograms of Campbell and Thoms [34] and by postnatal confirmation in agreement with Villar J. et al. [35].
The exclusion criteria were: congenital heart diseases, congenital malformations, gastrointestinal anomalies and cutaneous diseases impeding the placement of probes.
The perinatal data, neonatal characteristics and main outcomes are reported in Table 1.

Hemodynamic and oxygenation changes in the cerebral district/region were monitored using the Sen Smart X-100 NIRS device (Nonin Medical, Plymouth, MN, USA). Self-adhesive transducers that contain the light-emitted diodes and two distant Equanox Advance sensors (Nonin Medical, Plymouth, MN, USA) were fixed on the central region of the neonatal skull. crSO2 and srSO2 and SaO2 were calculated by the in-built software. Fractional tissue oxygen extraction values in the cerebral and splanchnic districts were assessed according to the following formula: (SaO2 − c(s)rSO2)/SaO2 [17,18].
We also calculated the CSOR, which is the ratio of cerebral versus splanchnic district oximetry [19], according to the following formula: crSO2/srSO2. This ratio has been found to be a valuable index of hemodynamic redistribution in chronic hypoxic infants [20].
All OMT infants were monitored on the 7th day of age at three time-points: 30 min before, 30 min during and 30 min after completion of the OMT. No differences were observed in the duration of OMT procedures (P >0.05).

Standard cerebral ultrasonography was performed by a real-time ultrasound machine (Acuson 128SP5, Mountain View, CA, USA) using a transducer frequency emission of 3.5 MHz. Cerebral ultrasound patterns were evaluated at 24 h from birth, at 7 days and before discharge from hospital.

Neurological examination was performed daily according to the method of Prechtl [15]. Each infant was assigned to one of three diagnostic groups: normal, suspect, abnormal. An infant was considered to be abnormal when one or more of the following neurological syndromes were unequivocally present: (a) increased or decreased excitability (hyperexcitability syndrome, convulsion, apathy syndrome, coma); (b) increased or decreased motility (hyperkinesia, hypokinesia); (c) increased or decreased tonus (hypertonia, hypotonia); (d) asymmetries (peripheral or central); (e) defects of the central nervous system; (f) any combination of the above. When indications of the presence of a syndrome were inconclusive or if only isolated symptoms were present, e.g., mild hypotonia or only a slight tremor, the infants were classified as suspect.

Osteopathic procedures were performed by osteopaths with experience in the neonatology field. The procedures included a structural evaluation followed by treatment. The structural evaluation was performed with the infant lying down in the open crib or incubator and was addressed to diagnose somatic dysfunctions [16]. It included rigorous and precise manual assessments of the skull, spine, pelvis, abdomen, and upper and lower limbs to locate bodily areas with an alteration in tissue, asymmetry, range of motion, and tenderness criteria [7]. The findings of that diagnostic procedure formed the basis of treatment that included the application of a selected range of manipulative techniques aimed at relieving the somatic dysfunctions. Techniques used were in line with the benchmarks on osteopathic treatment available in the medical literature and were limited to indirect techniques such as: myofascial release and balanced ligamentous/membranous tension. The whole OMT procedure on infants lasted 30 min, ten minutes for evaluation and 20 min for treatment and re-evaluation.

For the calculation of sample size, we used crSO2 change as the main parameter. As no basic data are available for the studied population, we assumed a decrease of 0.5 SD in crSO2 to be clinically significant. Indeed, considering an α = 0.05 and using a two-sided test, we estimated a power of 0.80 recruiting 16 preterm infants. We therefore added 2 cases to allow for any dropout.
The sample size was calculated using nQuery Advisor (Statistical Solutions, Saugus, MA, USA), version 5.0. Main outcome measures are summarized by mean ± SD. NIRS parameters were summarized by median and interquartile ranges. Comparisons among different groups were analyzed for statistically significant differences by one way ANOVA followed by Dunn’s test. Categorical data were analyzed by means of Fisher’s test. A value of P <0.05 was considered statistically significant.

The present data offer additional support to the need of an additional and individualized rehabilitation program in the neurological care of high risk infants. Further randomized controlled trials comparing OMT with rehabilitation procedures that are considered as standard of care are, therefore, suggested.

This study is part of the I.O. PhD International Program, under the auspices of the Italian Society of Neonatology, and was partially supported by grants to Diego Gazzolo from I Colori della Vita Foundation, Italy. 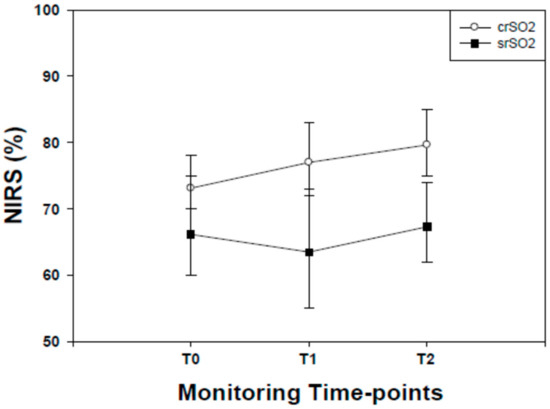