Red blood cells (RBCs) are routinely stored for 35 to 42 days in most countries. During storage, RBCs undergo biochemical and biophysical changes known as RBC storage lesion, which is influenced by alternative storage additive solutions (ASs). Metabolomic studies have been completed on RBCs stored in a number of ASs, including SAGM, AS-1, AS-3, AS-5, AS-7, PAGGGM, and MAP. However, the reported metabolome analysis of laboratory-made MAP-stored RBCs was mainly focused on the time-dependent alterations in glycolytic intermediates during storage. In this study, we investigated the time-course of alterations in various small molecule metabolites in RBCs stored in commercially used MAP for 49 days using ultra-high performance liquid chromatography quadruple time-of-flight mass spectrometry (UPLC-QTOF-MS). These alterations indicated that RBC storage lesion is related to multiple pathways including glycolysis, pentose phosphate pathway, glutathione homeostasis, and purine metabolism. Thus, our findings might be useful for understanding the complexity of metabolic mechanisms of RBCs in vitro aging and encourage the deployment of systems biology methods to blood products in transfusion medicine. View Full-Text
Keywords: red blood cells; MAP; UPLC-QTOF-MS; metabolomics; oxidative stress; storage lesion red blood cells; MAP; UPLC-QTOF-MS; metabolomics; oxidative stress; storage lesion
►▼ Show Figures 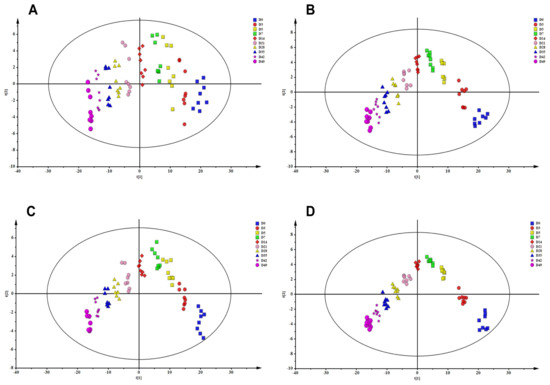