Coordination Mechanism and Bio-Evidence: Reactive γ-Ketoenal Intermediated Hepatotoxicity of Psoralen and Isopsoralen Based on Computer Approach and Bioassay
Previous Article in Special Issue

Ginger has many bioactive compounds with pharmacological activities. However, few studies are known about these bioactive compounds activity in chemoresistant cells. The aim of the present study was to investigate the anticancer properties of ginger phytochemicals in docetaxel-resistant human prostate cancer cells in vitro. In this study, we isolated 6-gingerol, 10-gingerol, 4-shogaol, 6-shogaol, 10-shogaol, and 6-dehydrogingerdione from ginger. Further, the antiproliferation activity of these compounds was examined in docetaxel-resistant (PC3R) and sensitive (PC3) human prostate cancer cell lines. 6-gingerol, 10-gingerol, 6-shogaol, and 10-shogaol at the concentration of 100 μM significantly inhibited the proliferation in PC3R but 6-gingerol, 6-shogaol, and 10-shogaol displayed similar activity in PC3. The protein expression of multidrug resistance associated protein 1 (MRP1) and glutathione-S-transferase (GSTπ) is higher in PC3R than in PC3. In summary, we isolated the bioactive compounds from ginger. Our results showed that 6-gingerol, 10-gingerol, 6-shogaol, and 10-shogaol inhibit the proliferation of PC3R cells through the downregulation of MRP1 and GSTπ protein expression.
Keywords: ginger; drug resistance; prostate cancer ginger; drug resistance; prostate cancer

Prostate cancer is the most prevalent cancer in the western countries. Prostate cancer can be diagnosed in the early stage by detection of specific antigen called prostate-specific antigen (PSA) [1,2,3]. Prostate cancer can be divided into two types of prostate cancers including hormone-dependent and castration-resistant prostate cancer [4]. Initially, prostate cancer is sensitive to hormonal therapy. However, resistance to androgen deprivation therapy ultimately occurs in the patients [5]. It should be noted that androgen-independent prostate cancer is often insensitive to anti-cancer drugs [6,7,8]. Prostate cancer cell is resistant to chemotherapy because of escape from apoptosis [9]. Drug resistance is a critical issue for the cancer therapy, but the underlying mechanisms are not clear.
A lot of studies have been proposed to contribute to drug resistance in tumor cells. Multidrug resistance (MDR) mechanisms are associated with increased expression of the P-gp (P-glycoprotein) or increased cellular metabolism of drug detoxifying proteins, such as glutathione-S-transferase (GST) [10,11]. In particular, elevated P-gp or GST are associated with increased resistance to apoptosis. Recently, more and more studies have focused on natural products with P-gp or GST inhibition in cancer cells [12]. Multidrug resistance associated protein 1 (MRP1) also plays an important role in the development of drug resistance in many cancers. MRP1 is overexpressed in many chemoresistance cancer types including gastric cancer, neuroblastoma, and prostate cancer [13,14,15,16].
Ginger belongs to Zingiberaceae family and popular used in Asia countries. Ginger has been used as a spice and herbal medicine in China over a thousand years. Ginger is widely used in many diseases including diarrhea, nausea, gastritis, and cancer [17,18]. Studies have shown that 6-gingerol, 8-gingerol, 6-dehydrogingerdione, 6-shogaol, and 10-shogaol, are bioactive compounds form ginger [19,20]. In our previous studies, we have demonstrated that 6-dehydrogingerdione induced cell proliferation and migration [21]. Moreover, we also found that 6-gingerol can disturb the Ca2+ in Madin-Darby canine kidney cells [22].
Studies have shown that 6-gingerol, 8-gingerol, 10-gingerol, and 6-shogaol, have anti-cancer activity in prostate cancer cell line [23,24]. Plant-based functional foods rich in different phytochemicals with supposed additive or synergic effects in the various mechanisms of actions have recently showed considerable anti-tumor effects using in vitro and in vivo cancer models [25]. However, few studies have examined the anti-cancer activity of ginger phytochemicals in drug resistant prostate cancer cells. In the present study, we investigate the relative cytotoxic potencies of ginger phytochemicals including 4-shogaol, (1), 6-shogaol, (2), 10-shogaol (3), 6-gingerol (4), 10-gingerol (5), and 6-dehydrogingerdione (6) (Figure 1) in a docetaxel resistant prostate cancer cell line. In addition, we also examined whether these compounds disturb multidrug resistance protein expression in docetaxel resistant prostate cancer cell line.

2.2. The Pharmacological Activities of Ginger Phytochemicals

Prostate cancer is a common malignancy and cause of death in western countries. An early diagnosis contributes to the cure of prostate cancer, but many patients still have metastatic disease. Chemotherapy is typical treatment for prostate cancer patient. For prostate cancer, the first chemo drug is docetaxel combined with the steroid drug [27]. Chemotherapy has severe side effects on humans and largely ineffective in progression prostate cancer. Surgical castration, oral estrogen, antiandrogen therapy, etc., are treatments for metastatic prostate cancer. However, prostate cancer often become refractory to hormone therapy. At this stage, the prostate cancer is resistant to chemical drugs. It is important to investigative the mechanism of action of anti-cancer drug resistance for the treatment of prostate cancer. A lot of studies have shown that bioactive food components such as polyphenol, curcumin, flavonoids, and lycopene have chemopreventive activity [24,28,29,30,31]. The results of this study have shown that 6-gingerol, 10-gingerol, 6-shogaol, and 10-shogaol exert significantly inhibitory effect in PC3 and PC3R cell lines at the concentration of 100 μM. PC3 cells are not sensitive to androgen and have high metastatic potential compared to LNCaP and DU145 cells. Thus, the antiproliferation activity of 6-gingerol, 10-gingerol, 6-shogaol, and 10-shogaol are effective at high concentration in both cell lines.
The mechanism of action of drug resistance in cancer cell is complex. Drug resistance is largely mediated through many factors including overexpression of drug resistance proteins. P-glycoproteins are encoded by the MDR gene family and associated with major obstacle in cancer chemotherapy. In humans, MDR1 is involved in transport of many antitumor agents. GST is a well-known family of Phase II detoxification enzyme. The alpha, Mu and Pi class the most studied in cellular resistance [32]. Studies shown that elevated levels of GSTπ are associated with anti-apoptosis and drug resistance. Multidrug resistance-associated protein 1 (MRP1/ABCC1) is a member of the ATP-binding cassette (ABC) transporter superfamily. MRP1 is also expressed in normal tissue but many studies have shown upregulation of MRP1 in many solid tumors [16]. MRP1 is also associated with exporting of endogenous intermediates from toxic insult. MRP1 mediated drug efflux to increase of GSH.
A study has shown that MRP and GSTπ is expressed in PC3 cell line, but P-gp is not expressed [33]. One study reported that the expression of P-gp is expressed in PC3 and DU145 cell lines [34]. Multidrug resistance cell lines are derived by stepwise selection with a single chemotherapy drug. Moreover, MRP1 overexpression confers chemoresistance in prostate cancer line treated with doxorubicin [31]. In this study, multidrug drug resistance prostate cancer cell line PC3R is established from parent prostate cancer cell line PC3 by selection in docetaxel treatment. We conclude that MRP1 and GSTπ is upregulated in PC3R cell line but MDR1 is barely detectable in PC3 and PC3R cell lines.
Studies have shown that ginger and its bioactive compounds can induce apoptosis and inhibit proliferation in many cancer cells including prostate, liver, colon, and so on. The active ingredient of ginger, 6-gingerol, can target cellular molecules and inhibit proliferation, invasion and angiogenesis. 6-gingerol disturb Rb, MAPK, PI3K/Akt, ERK, cyclin A, and CDK expression [35,36]. Shogaol can modulate COX-2, MAPK, PI3K/Akt, cyclin D1, MMP-9, and caspase expression [37]. Few studies investigate ginger and its bioactive compounds in multidrug drug resistance cancer cell.
Our present study provided novel data and demonstrated that ginger phytochemicals display anti-proliferation in chemoresistant prostate cancer cell line. A lot of studies have shown that ginger and ginger extractions displayed chemoprevention activities on in vivo and in vitro studies. However, few studies discussed about the detail pharmacological activities in clinical studies. At least, the current study indicated that these ginger phytochemicals can modulate the MRP and GSTπ protein expression. In the future, we will further examine these phytochemicals for sensitizing the chemotherapy drug activity in chemoresistance cancer cells.

After incubation, cells were extracted by using protein extraction reagent (Pierce Biotechnology, Rockford, IL, USA). Twenty micrograms of protein was used in SDS—polyacrylamide gel electrophoresis and electrophoretically transferred onto nitrocellulose blots. The nitrocellulose blots were incubated with an anti-MDR1, anti-GSTπ, and anti-MRP1 (Cell Signaling Technology, Inc., Danvers, MA, USA) antibody. The membranes were incubated with horseradish peroxidase-conjugated antibody against mouse, goat, or rabbit IgG (Santa Cruz Biotechnology, Santa Cruz, CA, USA) for 1 h. Each membrane was developed with the enhanced chemiluminescence for the detection of the specific antigen.

All data are expressed as the mean ± S.E.M. Whenever a control group was compared with more than one treatment group, one-way analysis of variance was used. When the analysis of variance found a statistical difference, results were further analyzed using Dunnett’s test. A p value of less than 0.05 was considered significant in all experiments.

This investigation was supported by a grant from the Tzu Hui Institute of Technology (THIT105004). 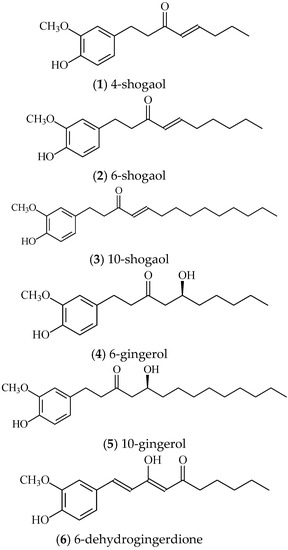 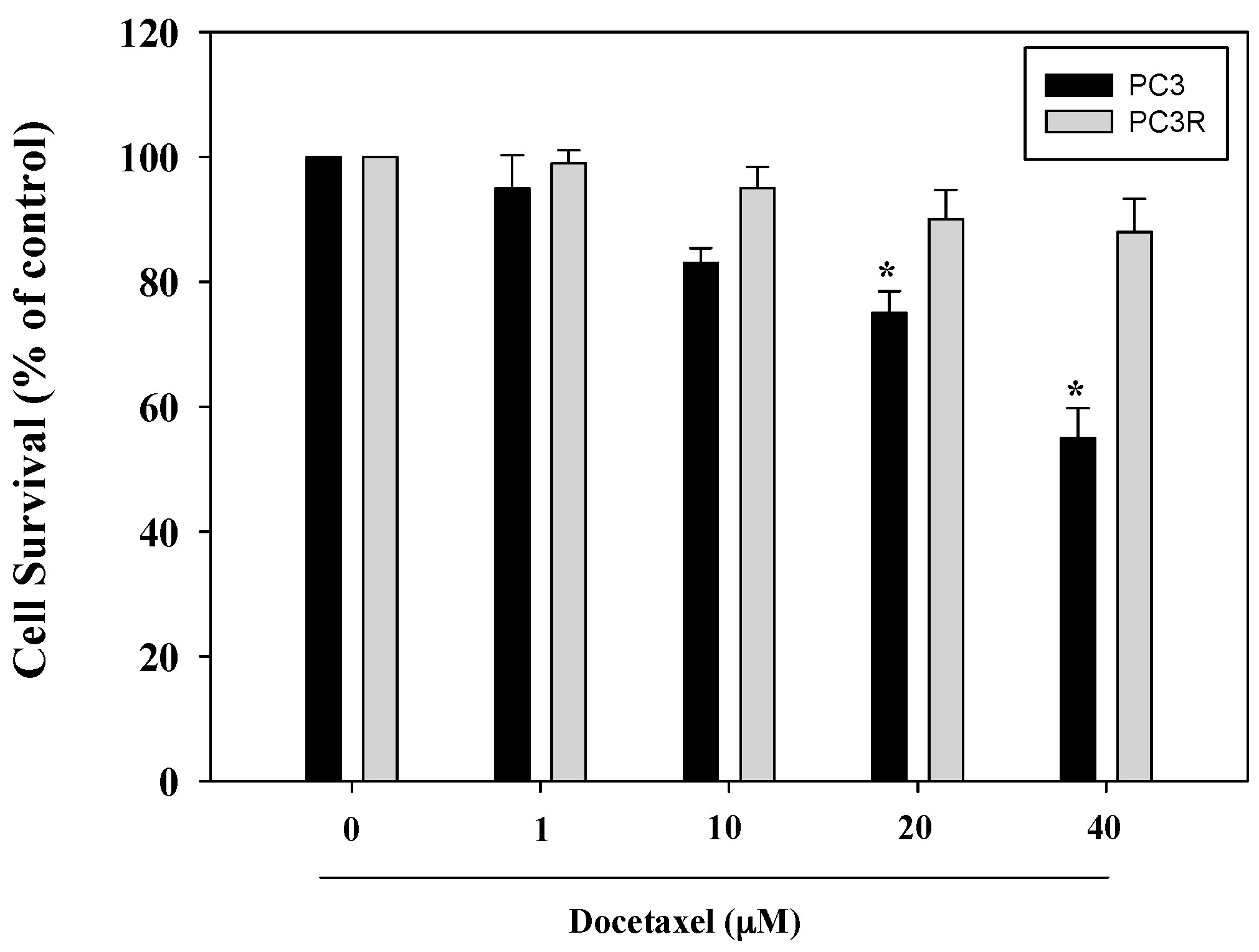 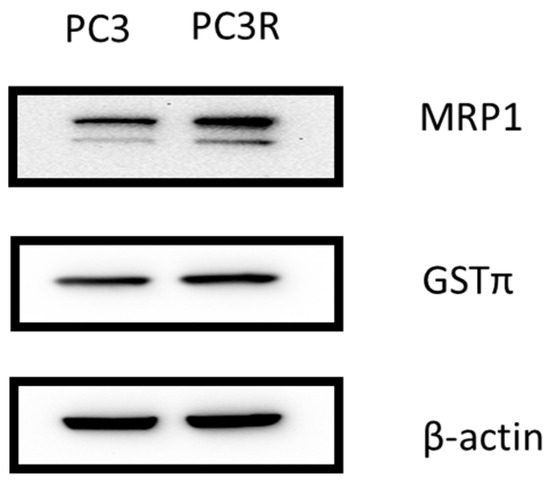 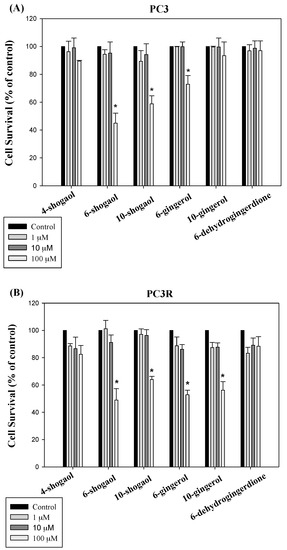 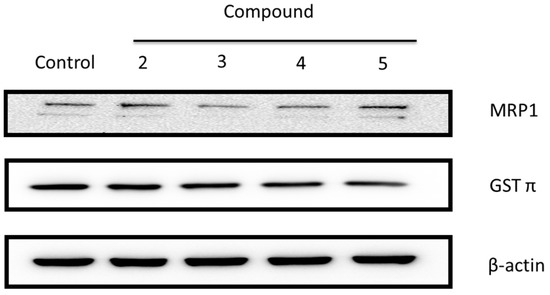 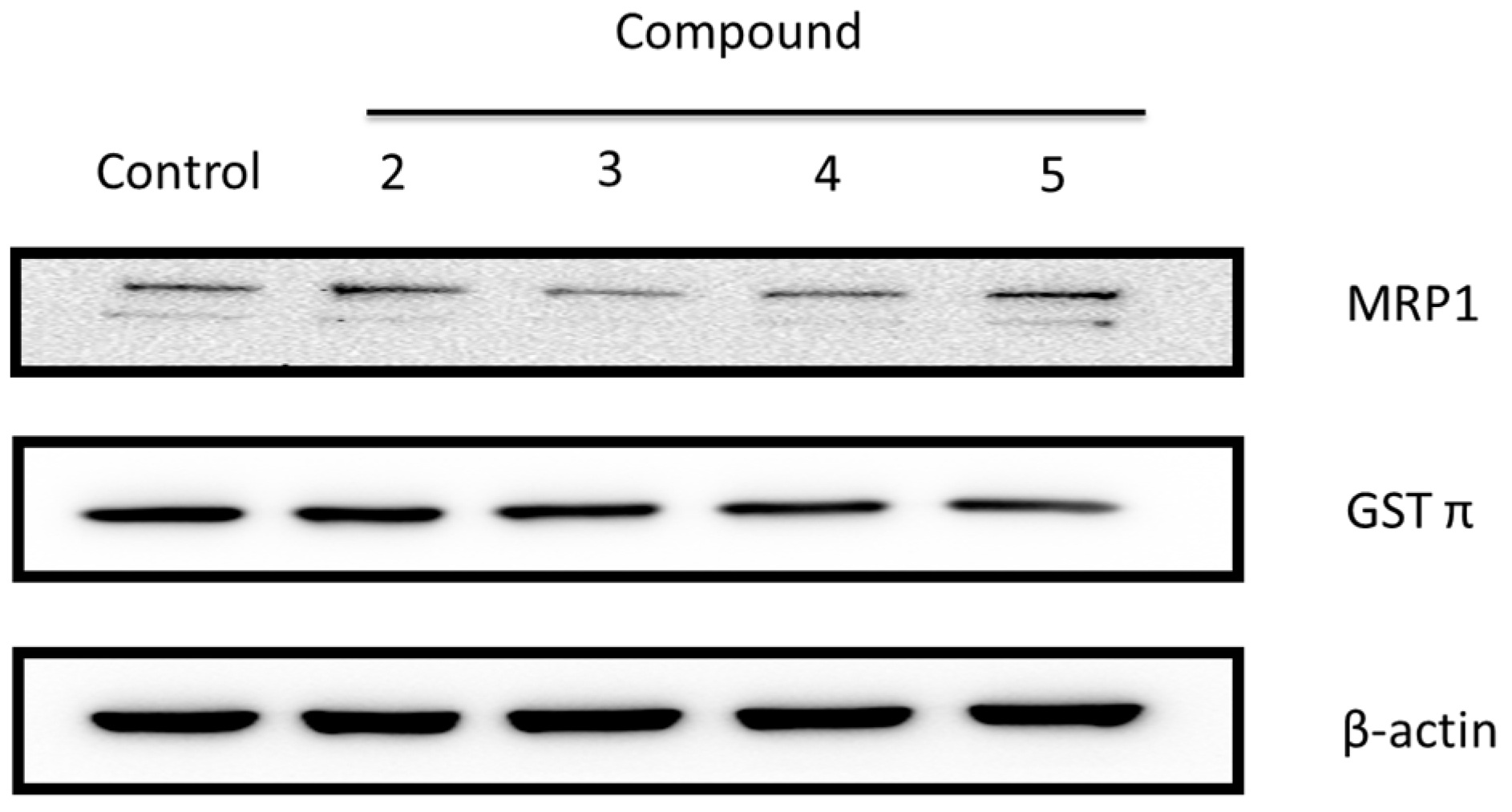