Comparison of the Anti-Inflammatory Activities of Supercritical Carbon Dioxide versus Ethanol Extracts from Leaves of Perilla frutescens Britt. Radiation Mutant

Medicinal plants are rich in bioactive compounds with protective and healing properties that are often present in low concentrations. Since they are often chemically sensitive, it is very important to select an appropriate method for their isolation, purification, and quantification.
As one of the bioactive plant compounds, coumarins form a large class of plant secondary metabolites. Coumarin (2H-chromen-2-one or 1-benzopyran-2-one) and its derivatives are considered phenylpropanoids biosynthesized from shikimic acid-derived phenylpropane precursors. Some naturally occurring coumarin derivatives include umbelliferone (7-hydroxycoumarin), aesculetin (6,7-dihydroxycoumarin), herniarin (7-methoxycoumarin), psoralen, and imperatorin. Coumarins are widely distributed in various plant families, such as Apiaceae, Asteraceae, Fabiaceae, Rosaceae, Rubiaceae, Solanaceae, especially Rutaceae and Umbelliferae [1,2,3,4]. They can be distributed in all plant parts depending on the growing conditions [3]; they act as phytoalexins, and are biosynthesized when the plant is subjected to adverse conditions like wilting, disease, or drought. Their protective role in the plants is also expressed as antifungals and insect repellents [4,5,6]. Coumarin classification in different groups is based on their structural differences and depending on which they show a wide range of pharmacological effects, such as antiinflammatory effect in vitro and in vivo, analgesic effect [7,8,9], antimicrobial activity [7,10,11], lipid peroxidation inhibition [12,13], and others. Coumarins are known for their allelopathic activities [2,14], including antibacterial, nematocidal, and insecticidal activities, as well as phytotoxic activity on other plants [15]. Coumarins have found a wide range of applications, particularly in cosmetic and pharmaceutical industries [16]. Various extraction techniques have been employed for the isolation of coumarins from various plant materials, such as maceration, ultrasound maceration, or infusion with aqueous ethanol, water, methanol, ethyl acetate, chloroform, diethyl ether, or other solvents [17,18,19,20].
For the present research, six commercially available medicinal plants often used in Croatia were selected: Melilotus officinalis L., Ruta graveolens L., Angelica archangelica L., Salvia officinalis L., Lavandula officinalis L., and Helichrysum italicum G. Don. Only specific parts of each plant were chosen based upon their common usage, mostly in tea preparations and tinctures. H. italicum flower preparations have found different medicinal uses; e.g., for toothache, digestive disorders, wound healing, intestinal parasitic infections, asthma, etc. [21]. Angelica roots are used in traditional medicine as well as spice [22], lavender flowers in phytotherapy [23], and yellow melilot herb exhibits well-known medicinal uses and is included in the European Medicines Agency catalogue [24]. The incorporation of such plant materials or their extracts in different foodstuffs and the increasing demand for naturally derived seasonings, cosmetics, and dietary supplements requires a screening of the compounds whose limits are regulated by law. Coumarin content in different foodstuffs and cosmetic products is limited by European legislation—EC regulation 1334/2008 [25]. Detailed insight into the coumarin content in selected plants obtained by different methods, particularly by supercritical CO2 (SC-CO2) extraction, is missing. M. officinalis is a well-known coumarin containing plant investigated by Martino et al. [26], who noticed that the applied extraction conditions exhibited a great influence on coumarin concentration. R. graveolens contains numerous coumarin compounds, as well as coumarin itself [27]. Stashenko et al. [28] applied subcritical CO2 extraction on the flowers, leaves, stems, and roots of R. graveolens, and the highest coumarin concentration was found in the roots. A. archangelica is also a well-known coumarin-containing plant, and aside from coumarin derivatives being determined in this plant [29,30,31], data on coumarin content itself are lacking in the literature. Very popular Mediterranean plants in Croatia, namely sage (S. officinalis), lavender (Lavandula sp.), and immortelle (H. italicum) were also investigated. Comprehensive research of different extraction techniques on the selected six plants presents novelty, particularly regarding green chemistry area focused on more resource-efficient and inherently safer design of extraction targeted to coumarin content, 2,2-diphenyl-1-picrylhydrazyl radical (DPPH) scavenging capacity, and total phenols (TPs) content. The goals of present research are to (a) obtain the extracts from selected plants by various techniques (Soxhlet extraction with hexane, maceration with 96% and 50% ethanol, and SC-CO2 extraction at 300 bar and 150 bar for selected samples); (b) determine and compare the extraction yields for the same plant among various methods and different extraction conditions; (c) analyze coumarin amount by high performance liquid chromatography with ultraviolet detection (HPLC-UV) and compare it within the extracts of the same plant as well as different samples; (d) investigate DPPH scavenging capacity of the obtained extracts; (e) determine TPs content in all extracts by spectroscopic Folin–Ciocalteu assay and correlate it with measured DPPH scavenging capacity.

The purity of CO2 used for the extraction was 99.97% (w/w) (Messer, Osijek, Croatia). DPPH and ethyl acetate were purchased from Sigma-Aldrich Chemie (Steinheim, Germany). Coumarin standard was purchased from Dr. Ehrenstorfer GmbH (Augsburg, Germany), and standard purity was 99.5%. All solvents were of analytical grade and purchased from J.T. Baker (Center Valley, PA, USA).

Six medicinal plants (Table 5) were used in this study for the production of different extracts. Immortelle flowers were collected from a plantation of ca. 14 ha from Ljubuski, Herzegovina region (Bosnia and Herzegovina) at the beginning of July 2015 and then air-dried in the shade for several days. Other plants angelica, lavender, sage, yellow melilot and rue were purchased from herbal pharmacy Vextra d.o.o. (Mostar, Bosnia, and Herzegovina) in the spring of 2015. Before the extraction, the plant material was ground using a laboratory mill.

The moisture content of the plant materials was determined according to the Association of Official Analytical Chemists (AOAC) Official Method [39]. The measurement was done in triplicate.

A sample of 5.0 g of each plant material was extracted with 150 mL n-hexane using a Soxhlet apparatus for 8 h. Subsequently, the solvent was evaporated under vacuum, and the obtained extract was stored in a glass bottle at 4–6 °C. Triplicate extractions were performed.

The 20.0 g of dried and ground material were immersed into 100 mL of 96% EtOH. The same mass of plant material was also put in 50% ethanol. The systems were left to soak for 5 days in the dark at room temperature and were occasionally shaken. The alcoholic extract was then filtered through filter paper to eliminate any solid impurity and concentrated in a rotary vacuum evaporator at 35 °C, yielding a waxy material. Finally, the extracts were kept in the dark at 4–6 °C until tested. Triplicate extractions were performed.

Determination of coumarin in the obtained extracts was performed using reverse phase (RP)-HPLC method with UV detection. The analysis was performed on a Varian ProStar system (Varian Analytical Instruments, Palo Alto, CA, USA) containing Varian ProStar 230 Solvent Delivery Module, ProStar 500 Column Valve Module (Varian Analytical Instruments), and ProStar 330 Photodiode Array detector (Varian Analytical Instruments) and coupled to a computer with the ProStar 5.5 Star Chromatography Workstation and PolyView 2000 V 6.0. (Varian Analytical Instruments). COSMOSIL 5C18-MA-II (NacalaiTesque, Inc., Kyoto, Japan) column, 150 mm long with internal diameter of 4.6 mm was used for chromatographic separation. Gradient elution with distilled water as phase A and methanol as phase B was used for separation, with the following gradient: 0–15 min, 60% A and 40% B phase; 15–20 min, increasing the share of phase B to 80% and decreasing phase A to 20%; 20–40 min, holding 20% A and 80% B phase; 40–41 min decreasing of B phase to 40% and increasing A phase to 60%, 41–50 min, holding 60% A and 40% B phase. The analyses were performed at room temperature, with flow rate 1.0 mL/min, injection volume 20 µL, and UV detection wavelength 279 nm. The stock solutions of coumarin standard were prepared in a solvent, and calibration was obtained at six concentrations (concentration range 1.0, 2.0, 5.0, 10.0, 20.0, 30.0 mg/L). Linearity of the coumarin calibration curve was confirmed by R2 = 0.9997. Coumarin limit of detection (LOD) was 0.035 mg/L, limit of quantification (LOQ) 0.345 mg/L, and compound retention time was 22.1 min. The extracts were weighted, diluted in HPLC grade methanol, filtered through 0.45 μm polytetrafluoroethylene (PTFE) filters, and subjected to HPLC analyses. Coumarin concentration in the plant extracts (μg/mL) determined by HPLC analysis (in triplicate) was recalculated to mg of coumarin/100 g of the plant sample.

Antiradical activity of the obtained extracts was determined using the DPPH method described earlier [41]. The plant extracts were dissolved in ethyl acetate (250 μg/mL) and mixed with 0.3 mM DPPH radical solution. Determination of coumarin antiradical activity was performed as described in our previous paper [42], using methanol as solvent. All measurements were done in triplicate. The absorbance was measured at 517 nm, and DPPH scavenging activity was determined using Equation (1):

Total phenolics content of the extracts was determined by a modified spectrophotometric method with Folin-Ciocalteu reagent, calibrated against gallic acid [43]. The results were calculated according to the calibration curves for gallic acid and TPs mass fraction, derived from triplicate analyses and expressed as mg of gallic acid equivalents (GAE) per g of the extracts. The correlation analysis among TPs content and DPPH scavenging capacity was performed using Statistica 8.0 software (Stat Soft Inc., Tulsa, OK, USA).

The authors are grateful to the Josip Juraj Strossmayer University of Osijek, Republic of Croatia for financial support. This research has been partially supported by the Croatian Science Foundation under the project (HRZZ-IP-11-2013-8547 “Research of natural products and flavours: chemical fingerprinting and unlocking the potential”). 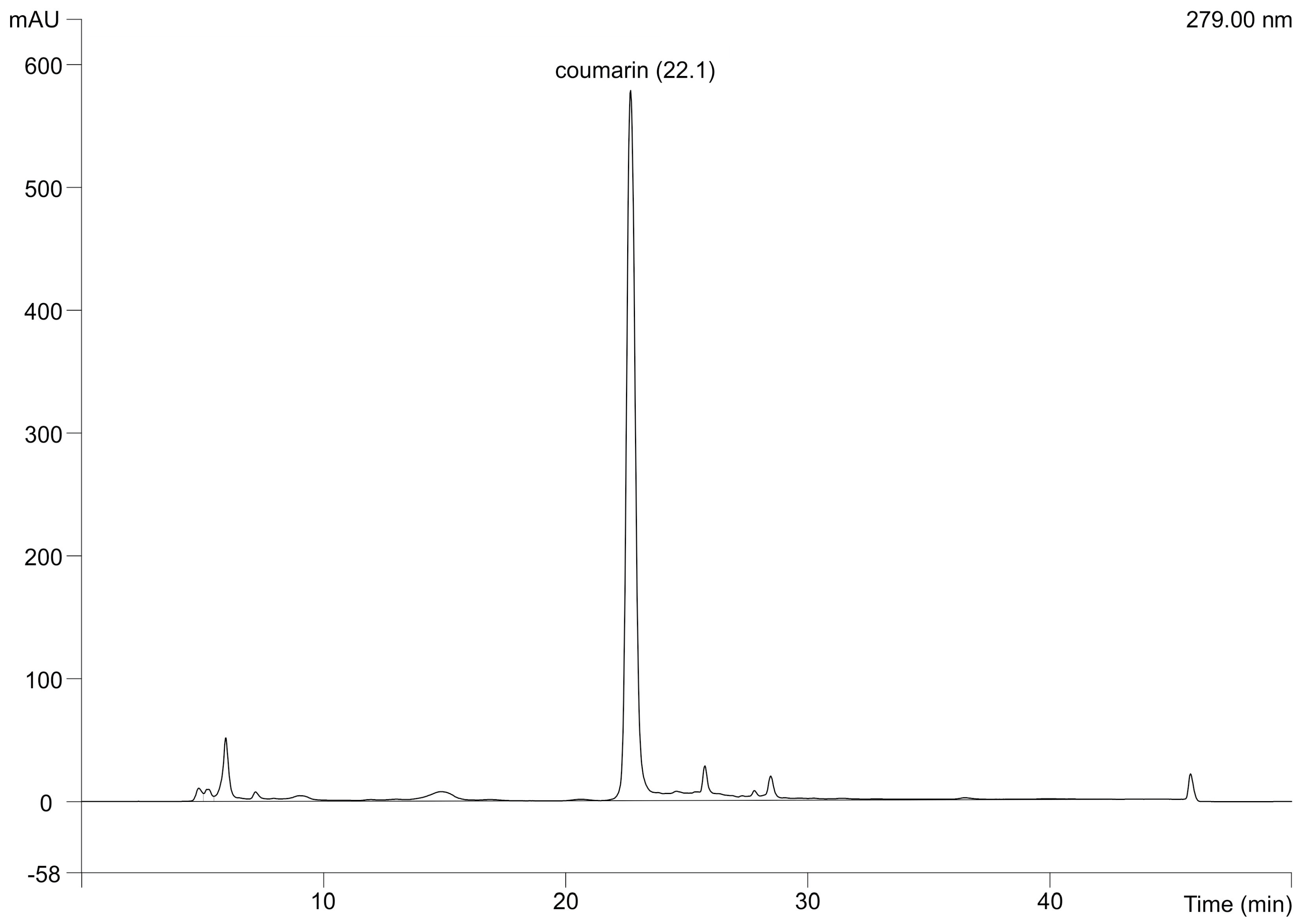 Table 5. The characteristics of medicinal plants used in this study.