Update on Phytochemistry and Pharmacology of Naturally Occurring Resveratrol Oligomers

Resveratrol oligomers (REVs), a major class of stilbenoids, are biosynthesized by regioselective oxidative coupling of two to eight units of resveratrol monomer. Due to their unique structures and pleiotropic biological activities, natural product chemists are increasingly focusing on REVs in the last few decades. This study presents a detailed and thorough examination of REVs, including chemical structures, natural resources, and biological activities, during the period of 2010–2017. Ninety-two new REVs compounds, including 39 dimers, 23 trimers, 13 tetramers, six resveratrol monomers, six hexamers, four pentamers, and one octamer, have been reported from the families of Dipterocarpaceae, Paeoniaceae, Vitaceae, Leguminosae, Gnetaceae, Cyperaceae, Polygonaceae Gramineae, and Poaceae. Amongst these families, Dipterocarpaceae, with 50 REVs, accounts for the majority, and seven genera of Dipterocarpaceae are involved, including Vatica, Vateria, Shorea, Hopea, Neobalanocarpus, Dipterocarpus, and Dryobalanops. These REVs have shown a wide range of bioactivities. Pharmacological studies have mainly focused on potential efficacy on tumors, bacteria, Alzheimer’s disease, cardiovascular diseases, and others. The information updated in this review might assist further research and development of novel REVs as potential therapeutic agents. View Full-Text
Keywords: resveratrol oligomers; distribution; phytochemistry; pharmacology resveratrol oligomers; distribution; phytochemistry; pharmacology
►▼ Show Figures 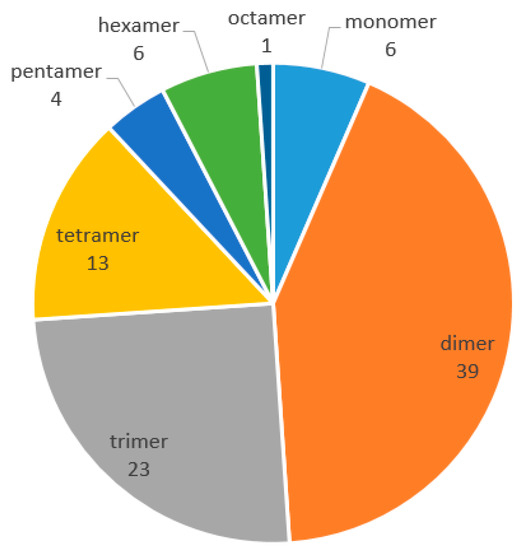