The Pharmacokinetics of Raloxifene and Its Interaction with Apigenin in Rat 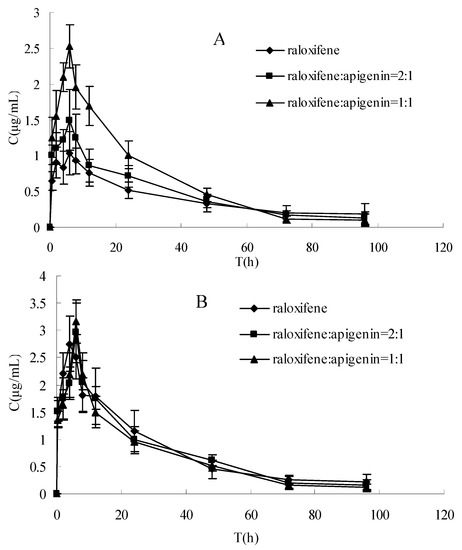