This paper proposes a speech-based method for automatic depression classification. The system is based on ensemble learning for Convolutional Neural Networks (CNNs) and is evaluated using the data and the experimental protocol provided in the Depression Classification Sub-Challenge (DCC) at the 2016 Audio–Visual Emotion Challenge (AVEC-2016). In the pre-processing phase, speech files are represented as a sequence of log-spectrograms and randomly sampled to balance positive and negative samples. For the classification task itself, first, a more suitable architecture for this task, based on One-Dimensional Convolutional Neural Networks, is built. Secondly, several of these CNN-based models are trained with different initializations and then the corresponding individual predictions are fused by using an Ensemble Averaging algorithm and combined per speaker to get an appropriate final decision. The proposed ensemble system achieves satisfactory results on the DCC at the AVEC-2016 in comparison with a reference system based on Support Vector Machines and hand-crafted features, with a CNN+LSTM-based system called DepAudionet, and with the case of a single CNN-based classifier. View Full-Text
Keywords: depression detection; speech; convolutional neural networks; ensemble learning depression detection; speech; convolutional neural networks; ensemble learning
►▼ Show Figures 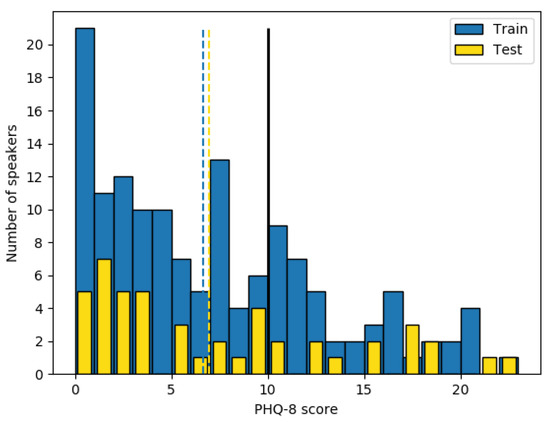