:
In this study, the design of an adaptive terminal sliding mode controller for the stabilization of port Hamiltonian chaotic systems with hidden attractors is proposed. This study begins with the design methodology of a chaotic oscillator with a hidden attractor implementing the topological framework for its respective design. With this technique it is possible to design a 2-D chaotic oscillator, which is then converted into port-Hamiltonia to track and analyze these models for the stabilization of the hidden chaotic attractors created by this analysis. Adaptive terminal sliding mode controllers (ATSMC) are built when a Hamiltonian system has a chaotic behavior and a hidden attractor is detected. A Lyapunov approach is used to formulate the adaptive device controller by creating a control law and the adaptive law, which are used online to make the system states stable while at the same time suppressing its chaotic behavior. The empirical tests obtaining the discussion and conclusions of this thesis should verify the theoretical findings.
Keywords:
chaos; hidden attractors; port hamiltonian systems; adaptive control; adaptive terminal sliding mode control

For the design of a chaotic system with hidden attractors, the following Hilbert space are needed. Consider the following Hilbert space with inner product defined as where and . Now define the following set as where i = 1,2 and M define the chaotic system solution pairs to allow the dynamic system to join the chaotic system in light of the initial conditions [32]. The area of attraction for the chaotic hidden system must have the dynamic system solution outside the border of the balance points as described by the following set [33], where a is a point outside the boundary of the equilibrium points. Now selecting
Then, for ; N is a specific number of subsets selected to find a domain of attraction outside of the boundary of the equilibrium points so as to find the set of attraction for the designed oscillator. Therefore, for the chaotic oscillator defined by the following dynamic system,
From (5), the elements of are found by implementing where and the divergence is defined as for . With these definition chaotic oscillators with hidden attractors of any dimension can be designed.

The following vector fields were obtained by (5) by obtaining the divergences of (9), the following results are obtained,
Therefore, the following dynamical system is obtained and later will be represented in port Hamiltonian form: where the constants are selected according to the system initial conditions as explained in (2) and (3). The constants values are , , , and .

Consider the following port-Hamiltonian formulation only with a conservative part with [22,23,24,31]: where , , , is the conservative matrix and , which is selected as an identity matrix of appropriate dimension. The matrix is given as [31] with identity and zero matrices of appropriate dimension. The Hamiltonian and Lagrangian are given by [31] where is the potential energy. Note that so the momentum where M is an appropriate mass matrix. Representing system (11) in the port Hamiltonian representation (13) with initial conditions , the phase portraits can be viewed in Figure 1 and Figure 2.
The system (12) represented in port Hamiltonian form as shown in (13) with initial conditions yields the phase portraits as shown in Figure 3 and Figure 4.

The designed adaptive terminal sliding mode controller (ATSMC) eliminates the chaotic behaviour even in the presence of hidden attractors. This controller stabilizes the system in the equilibrium points while eliminating the chaotic oscillation. This ATSMC is based on the discovery of an acceptable control law and a suitable adaptive law [25,27,28,29]. Consider the following variable and its derivative from (13) with : and the following sliding variable, where , is a constant. Therefore, consider the following [25].
All the constants of (18) are explained in [25,28,29]. The variable must be zero to ensure a sliding variable reaches its origin in the final time (reaching phase), while preserving its origin (sliding phase).
Therefore, (19) becomes in
Therefore, the control law is and substituting (21) in (17) yields
With the previous result, the adaptive gain is obtained.
Theorem 1.
The closed loop system which involves (13) is stabilized with the control law (21) and the adaptive gain .
Proof.
Consider the following Lyapunov functional, and by taking the derivative of (23) yields
Now substituting (22) into (24), the following result is obtained,
Therefore, by substituting the following adaptive law into (25) yields
Thus, the derivative of the Lyapunov function (25) becomes
The closed loop stability of the system is ensured to drive the system’s variables to the equilibrium point and the sliding surface to the origin. □
The results obtained in the previous theorem show that the gain of is applied in the control law to make the sliding surface reach its origin in time. The only gain that can be tuned is because it is connected to the control law switching component.

In this section, two numerical examples are shown. The first consists of the stabilization of the 2-D chaotic system (11) in port Hamiltonian form, and the second consists of the stabilization of a 4-D system (12) [12] represented in port Hamiltonian form. In the two experiment the proposed controller strategy is compared with the strategies shown in [25,29].

Figure 5 illustrates how the sliding variable evolves and as can be seen; this variable originates without oscillations and is smaller than with the results achieved in [25,29]. In Figure 6, the variables and are evinced, and as can be noticed the equilibrium point is reached faster with the proposed strategy in comparison with the strategies shown in [25,29]. The results show that in contrast with the other methods, the variables correctly achieve the target final value.
The control inputs and are shown in Figure 7 and the control effort derived from the proposed controller is smaller in both variables than the control effort derived from [25,29]. Finally, in Figure 8, the evolution in time of the gain variable is shown and it is noticed that a significant final gain value is obtained in order to eliminate chattering and yield a smaller control effort.

This research, as concluded, has the aim of designing a new management strategy for chaotic port Hamilton system with hidden attractors. Considering that chaotic hidden attractors are a topic that has been intensively studied in recent years, it is important to develop new design methods and to perform dynamical analysis of these kinds of systems. In this paper, a novel design methodology to obtain chaotic systems with hidden attractors is proved successfully. This system is later transformed to a port Hamiltonian system which consider its energy properties. Besides, a chaotic system with hidden attractor [12] was used in this study for stabilization purposes, but before being transformed to a port Hamiltonian form. The results show that the system is stabilized better with our proposed control strategy in comparison with other strategies found in the literature. The convergence to the origin of the sliding variable is ensured by the proposed controller strategy. It must be noted that the strategies shown in [25,29] only lead the sliding variable in one of the experiments to the origin in finite time, whereas the proposed strategy shown in the study leads the sliding variable to the origin in both cases. This could occur by several reasons, for example by its equilibrium points and other dynamical properties of the port Hamiltonian chaotic system. Faster response, small control effort and fast convergence (reaching phase) prove the superior performance of the proposed control strategy.

In this paper, the design of an adaptive terminal sliding mode controller for chaotic port Hamiltonian systems with hidden attractor is proposed. A successful design methodology to obtain chaotic oscillator with hidden attractors is proposed first. This design methodology consists of the design of appropriate Hilbert spaces along with the topological framework to obtain the vector fields that are part of a nonlinear chaotic systems with hidden attractor. This technique allows to design and later convert a nonlinear chaotic 2D oscillator into a Port Hamilton system with a conservative part, taking into consideration the energy properties of the system as such property allows the proposed strategy to be successful, even if it is not based on strategies such as passivity-based control. As a second example, a 4-D chaotic system with hidden attractor [12] is analyzed and converted to a port Hamiltonian form. The proposed controller consists of designing an appropriate sliding variable in order to obtain the suitable control law which allows the system to reach the equilibrium points in finite time. Then, in order to ensure the closed loop stability of the system, the adaptive gain is obtained by selecting a suitable Lyapunov function. As explained in this paper, only one gain variable is adapted because it is only necessary to tune the gain variable related to the switching law. The other gain is implemented in the equivalent control law, so it is not necessary to tune it. The proposed controller can be used for other process control applications as one of the future directions. Also, hybrid control algorithms can also be applied as another future direction for this study.

The authors contributed equally to this work. All authors have read and agreed to the published version of the manuscript.

Special thanks to the Robotics and Internet-of-Things Lab (RIOTU) at the Prince Sultan University, Riyadh, Saudi Arabia. 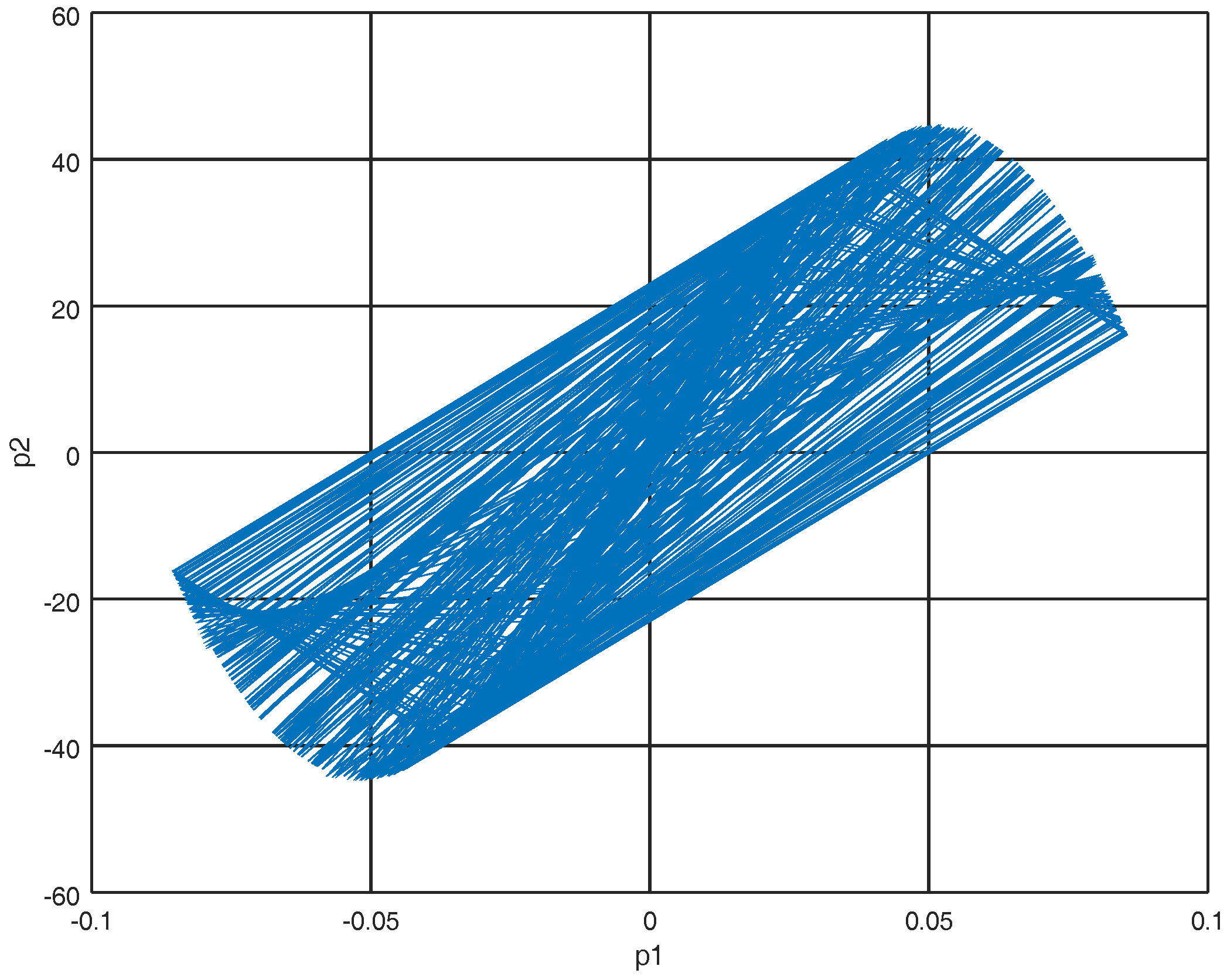 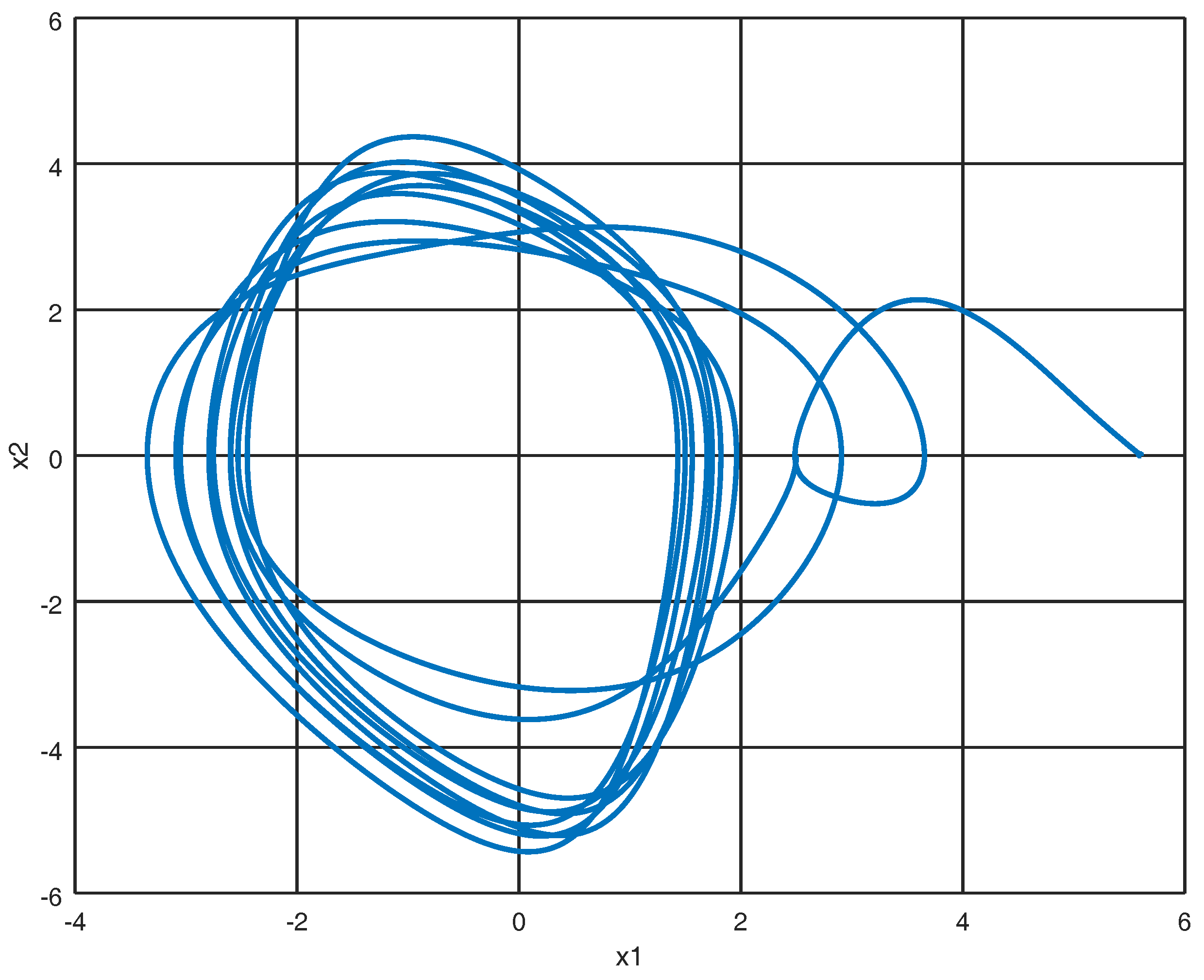 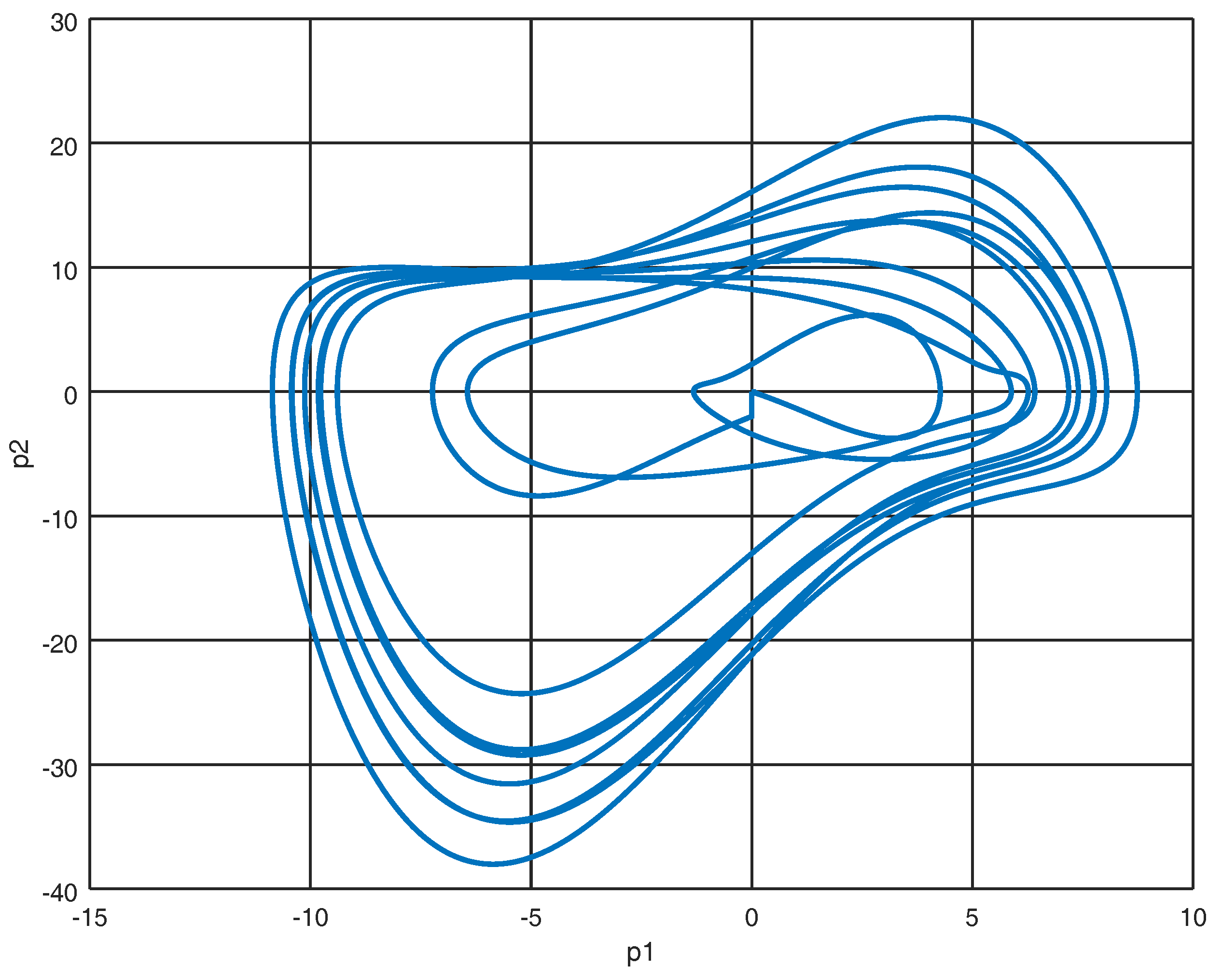 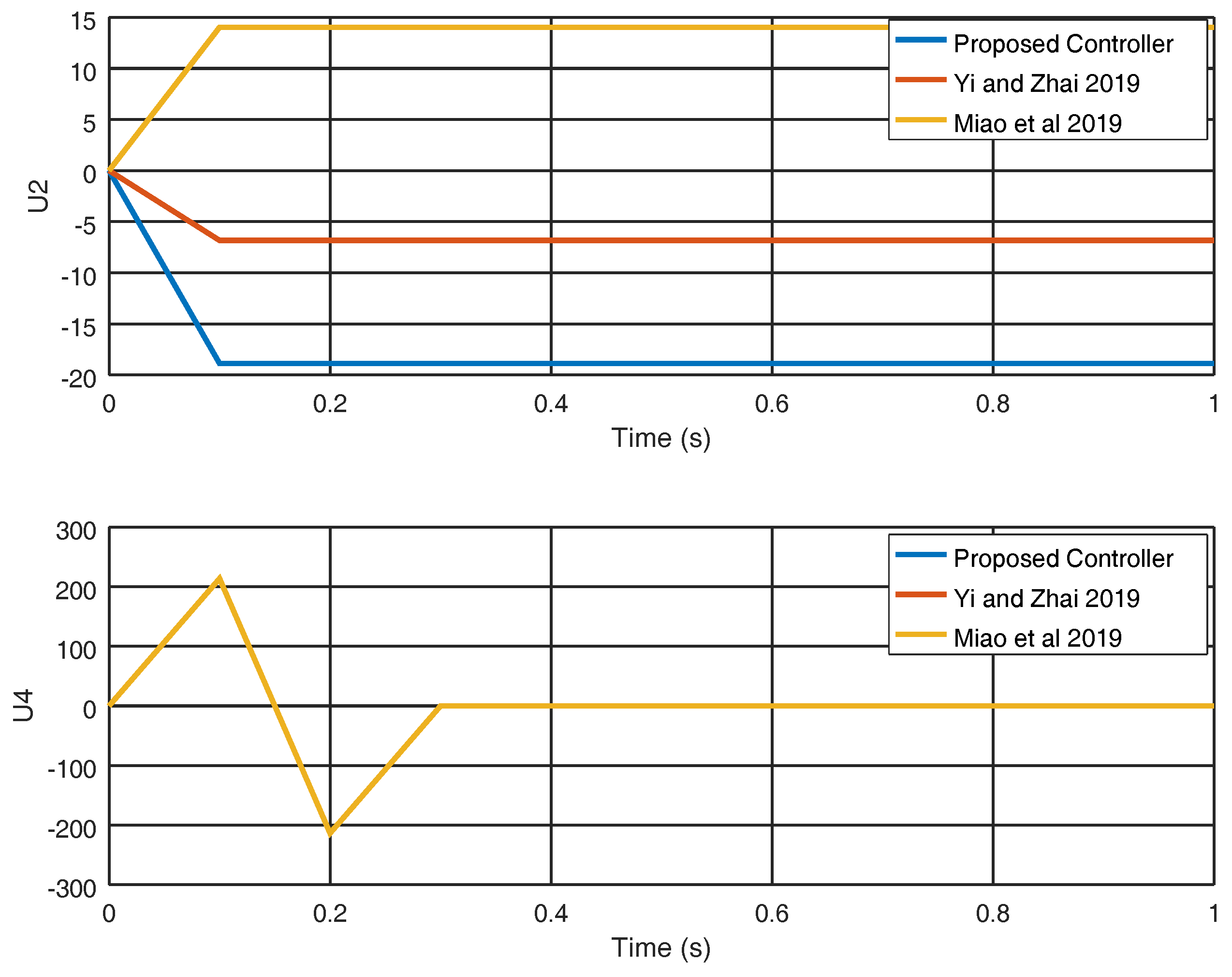 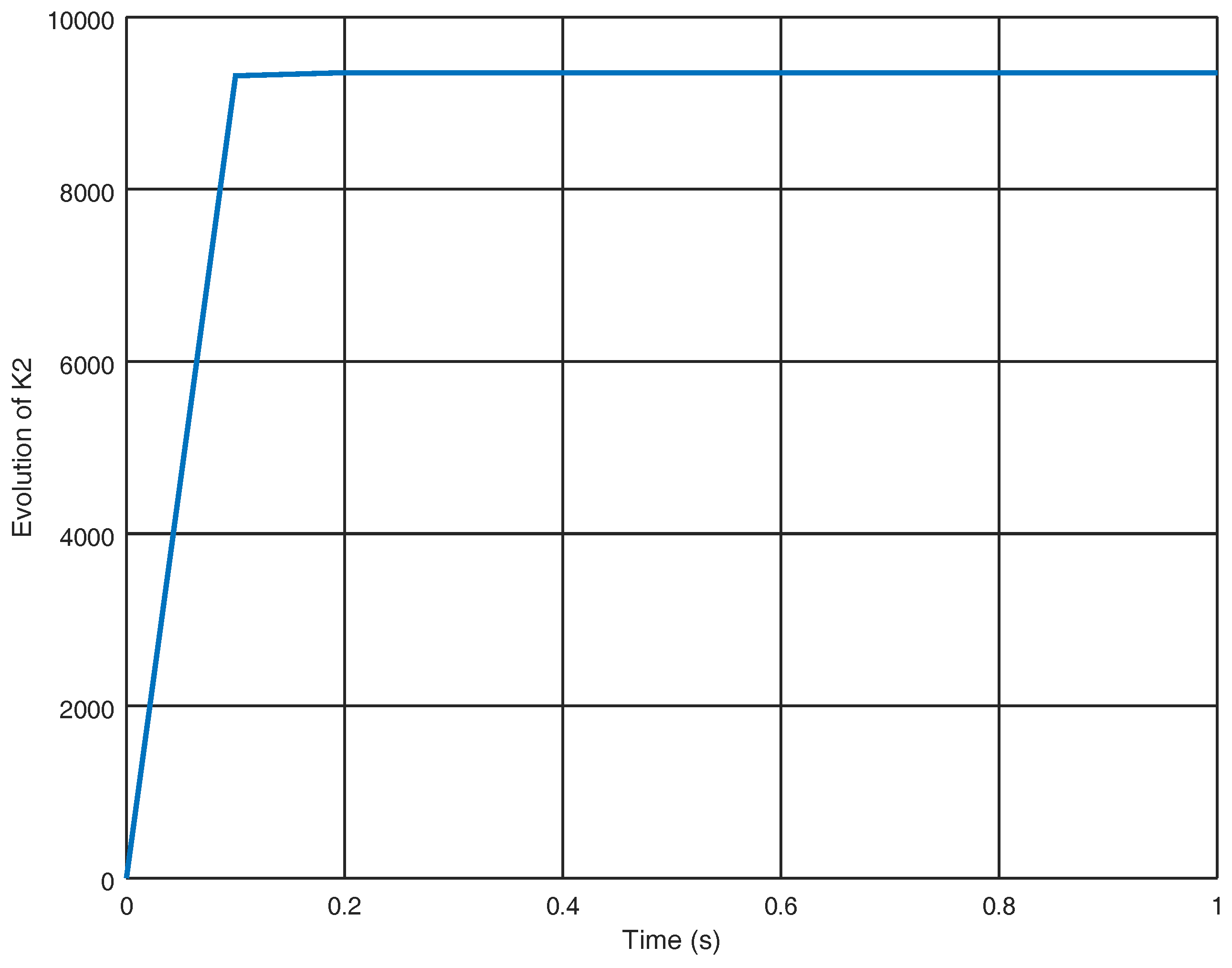 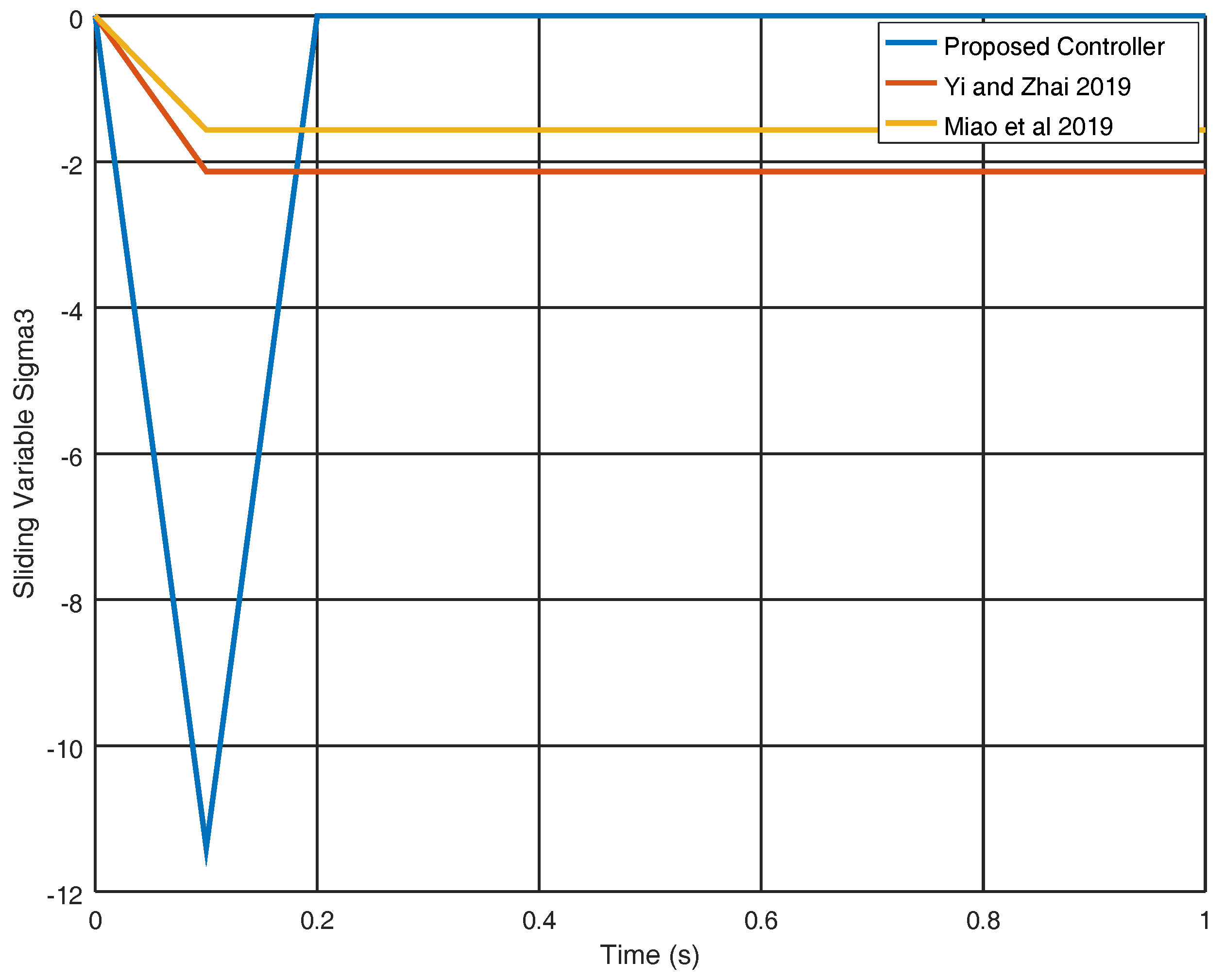