Statistics of the Bifurcation in Quantum Measurement
Previous Article in Journal

On the Rarefied Gas Experiments

There are limits of validity of classical constitutive laws such as Fourier and Navier-Stokes equations. Phenomena beyond those limits have been experimentally found many decades ago. However, it is still not clear what theory would be appropriate to model different non-classical phenomena under different conditions considering either the low-temperature or composite material structure. In this paper, a modeling problem of rarefied gases is addressed. The discussion covers the mass density dependence of material parameters, the scaling properties of different theories and aspects of how to model an experiment. In the following, two frameworks and their properties are presented. One of them is the kinetic theory based Rational Extended Thermodynamics; the other one is the non-equilibrium thermodynamics with internal variables and current multipliers. In order to compare these theories, an experiment on sound speed in rarefied gases at high frequencies, performed by Rhodes, is analyzed in detail. It is shown that the density dependence of material parameters could have a severe impact on modeling capabilities and influences the scaling properties. View Full-Text
Keywords: rarefied gases; non-equilibrium thermodynamics; kinetic theory rarefied gases; non-equilibrium thermodynamics; kinetic theory
►▼ Show Figures 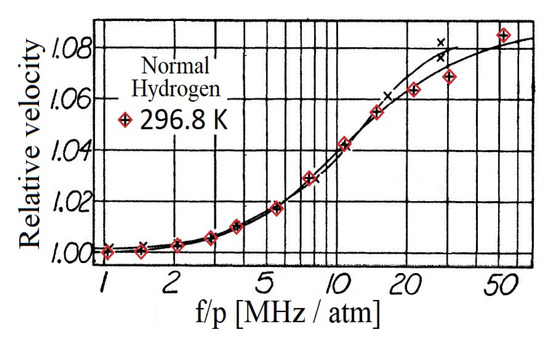