On the Calculation of the Effective Polytropic Index in Space Plasmas

In this work, the two-point probability density function (PDF) for the velocity field of isotropic turbulence is modeled using the kappa distribution and the concept of superstatistics. The PDF consists of a symmetric and an anti-symmetric part, whose symmetry properties follow from the reflection symmetry of isotropic turbulence, and the associated non-trivial conditions are established. The symmetric part is modeled by the kappa distribution. The anti-symmetric part, constructed in the context of superstatistics, is a novel function whose simplest form (called “the minimal model”) is solely dictated by the symmetry conditions. We obtain that the ensemble of eddies of size up to a given length r has a temperature parameter given by the second order structure function and a kappa-index related to the second and the third order structure functions. The latter relationship depends on the inverse temperature parameter (gamma) distribution of the superstatistics and it is not specific to the minimal model. Comparison with data from direct numerical simulations (DNS) of turbulence shows that our model is applicable within the dissipation subrange of scales. Also, the derived PDF of the velocity gradient shows excellent agreement with the DNS in six orders of magnitude. Future developments, in the context of superstatistics, are also discussed. View Full-Text
Keywords: isotropic turbulence; structure functions; PDF; DNS; Karman–Howarth equation; kappa distribution; kappa index; superstatistics isotropic turbulence; structure functions; PDF; DNS; Karman–Howarth equation; kappa distribution; kappa index; superstatistics
►▼ Show Figures 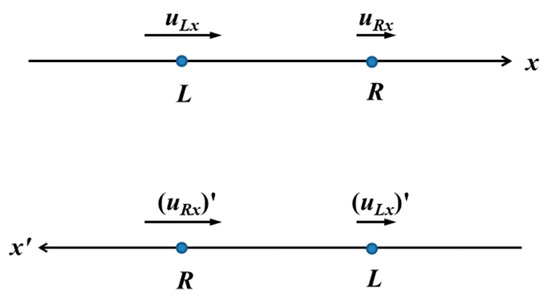