Agents, Subsystems, and the Conservation of Information

We study the solutions of an interacting Fermionic cellular automaton which is the analogue of the Thirring model with both space and time discrete. We present a derivation of the two-particle solutions of the automaton recently in the literature, which exploits the symmetries of the evolution operator. In the two-particle sector, the evolution operator is given by the sequence of two steps, the first one corresponding to a unitary interaction activated by two-particle excitation at the same site, and the second one to two independent one-dimensional Dirac quantum walks. The interaction step can be regarded as the discrete-time version of the interacting term of some Hamiltonian integrable system, such as the Hubbard or the Thirring model. The present automaton exhibits scattering solutions with nontrivial momentum transfer, jumping between different regions of the Brillouin zone that can be interpreted as Fermion-doubled particles, in stark contrast with the customary momentum-exchange of the one-dimensional Hamiltonian systems. A further difference compared to the Hamiltonian model is that there exist bound states for every value of the total momentum and of the coupling constant. Even in the special case of vanishing coupling, the walk manifests bound states, for finitely many isolated values of the total momentum. As a complement to the analytical derivations we show numerical simulations of the interacting evolution. View Full-Text
Keywords: quantum walks; Hubbard model; Thirring model quantum walks; Hubbard model; Thirring model
►▼ Show Figures 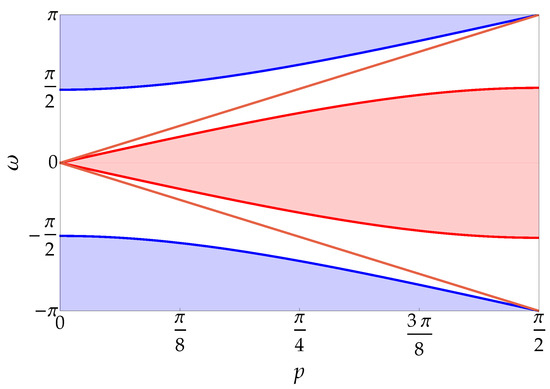