The Montevideo Interpretation of Quantum Mechanics: A Short Review
Previous Article in Journal

Observables and Unobservables in Quantum Mechanics: How the No-Hidden-Variables Theorems Support the Bohmian Particle Ontology

A New Class of Retrocausal Models

Globally-constrained classical fields provide a unexplored framework for modeling quantum phenomena, including apparent particle-like behavior. By allowing controllable constraints on unknown past fields, these models are retrocausal but not retro-signaling, respecting the conventional block universe viewpoint of classical spacetime. Several example models are developed that resolve the most essential problems with using classical electromagnetic fields to explain single-photon phenomena. These models share some similarities with Stochastic Electrodynamics, but without the infinite background energy problem, and with a clear path to explaining entanglement phenomena. Intriguingly, the average intermediate field intensities share a surprising connection with quantum “weak values”, even in the single-photon limit. This new class of models is hoped to guide further research into spacetime-based accounts of weak values, entanglement, and other quantum phenomena. View Full-Text
Keywords: Retrocausation; weak values; Stochastic Electrodynamics Retrocausation; weak values; Stochastic Electrodynamics
►▼ Show Figures 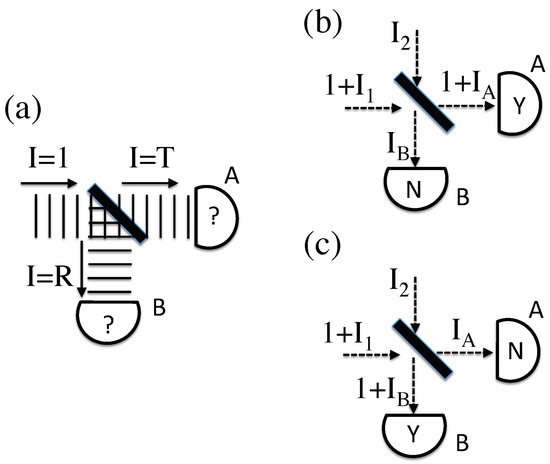