Towards Experiments to Test Violation of the Original Bell Inequality

In the formalism of quantum theory, a state of a system is represented by a density operator. Mathematically, a density operator can be decomposed into a weighted sum of (projection) operators representing an ensemble of pure states (a state distribution), but such decomposition is not unique. Various pure states distributions are mathematically described by the same density operator. These distributions are categorized into classical ones obtained from the Schatten decomposition and other, non-classical, ones. In this paper, we define the quantity called the state entropy. It can be considered as a generalization of the von Neumann entropy evaluating the diversity of states constituting a distribution. Further, we apply the state entropy to the analysis of non-classical states created at the intermediate stages in the process of quantum measurement. To do this, we employ the model of differentiation, where a system experiences step by step state transitions under the influence of environmental factors. This approach can be used for modeling various natural and mental phenomena: cell’s differentiation, evolution of biological populations, and decision making. View Full-Text
Keywords: density operator; state entropy; von Neumann entropy; quantum measurement; differentiation density operator; state entropy; von Neumann entropy; quantum measurement; differentiation
►▼ Show Figures 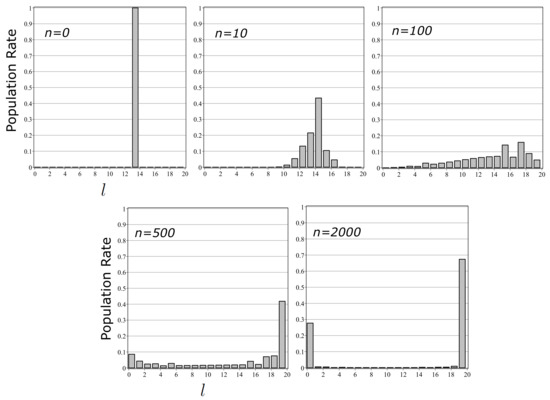