A New Chaotic System with a Self-Excited Attractor: Entropy Measurement, Signal Encryption, and Parameter Estimation
Next Article in Special Issue

Is Natural Language a Perigraphic Process? The Theorem about Facts and Words Revisited 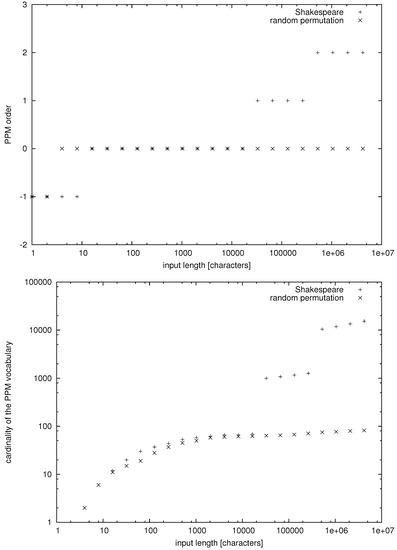 Dębowski, Ł. Is Natural Language a Perigraphic Process? The Theorem about Facts and Words Revisited. Entropy 2018, 20, 85.


Dębowski Ł. Is Natural Language a Perigraphic Process? The Theorem about Facts and Words Revisited. Entropy. 2018; 20(2):85.


Dębowski, Łukasz. 2018. "Is Natural Language a Perigraphic Process? The Theorem about Facts and Words Revisited." Entropy 20, no. 2: 85.