Correlations related to quantum entanglement have convinced many physicists that there must be some at-a-distance connection between separated events, at the quantum level. In the late 1940s, however, O. Costa de Beauregard proposed that such correlations can be explained without action at a distance, so long as the influence takes a zigzag path, via the intersecting past lightcones of the events in question. Costa de Beauregard’s proposal is related to what has come to be called the retrocausal loophole in Bell’s Theorem, but—like that loophole—it receives little attention, and remains poorly understood. Here we propose a new way to explain and motivate the idea. We exploit some simple symmetries to show how Costa de Beauregard’s zigzag needs to work, to explain the correlations at the core of Bell’s Theorem. As a bonus, the explanation shows how entanglement might be a much simpler matter than the orthodox view assumes—not a puzzling feature of quantum reality itself, but an entirely unpuzzling feature of our knowledge of reality, once zigzags are in play. View Full-Text
Keywords: entanglement; retrocausality; hidden variable entanglement; retrocausality; hidden variable
►▼ Show Figures 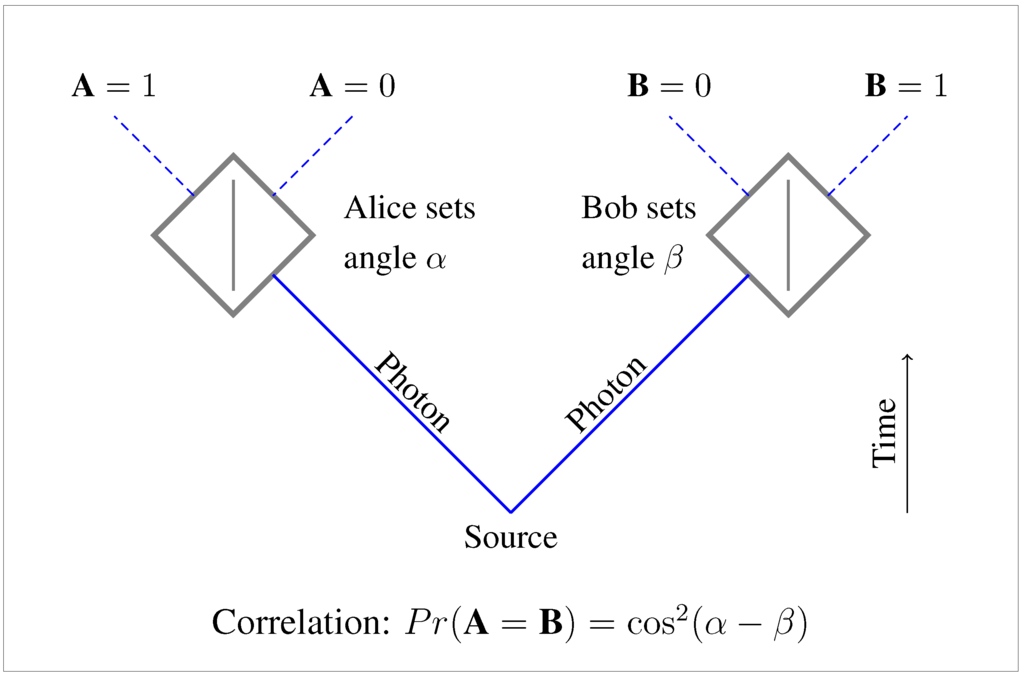