The coherent secondary flow structures (i.e., swirling motions) in a curved artery model possess a variety of spatio-temporal morphologies and can be encoded over an infinitely-wide range of wavelet scales. Wavelet analysis was applied to the following vorticity fields: (i) a numerically-generated system of Oseen-type vortices for which the theoretical solution is known, used for bench marking and evaluation of the technique; and (ii) experimental two-dimensional, particle image velocimetry data. The mother wavelet, a two-dimensional Ricker wavelet, can be dilated to infinitely large or infinitesimally small scales. We approached the problem of coherent structure detection by means of continuous wavelet transform (CWT) and decomposition (or Shannon) entropy. The main conclusion of this study is that the encoding of coherent secondary flow structures can be achieved by an optimal number of binary digits (or bits) corresponding to an optimal wavelet scale. The optimal wavelet-scale search was driven by a decomposition entropy-based algorithmic approach and led to a threshold-free coherent structure detection method. The method presented in this paper was successfully utilized in the detection of secondary flow structures in three clinically-relevant blood flow scenarios involving the curved artery model under a carotid artery-inspired, pulsatile inflow condition. These scenarios were: (i) a clean curved artery; (ii) stent-implanted curved artery; and (iii) an idealized Type IV stent fracture within the curved artery. View Full-Text
Keywords: secondary flow structures; curved arteries; continuous wavelet transform; Shannon entropy; optimal wavelet scale; fluid dynamics; vortex secondary flow structures; curved arteries; continuous wavelet transform; Shannon entropy; optimal wavelet scale; fluid dynamics; vortex
►▼ Show Figures 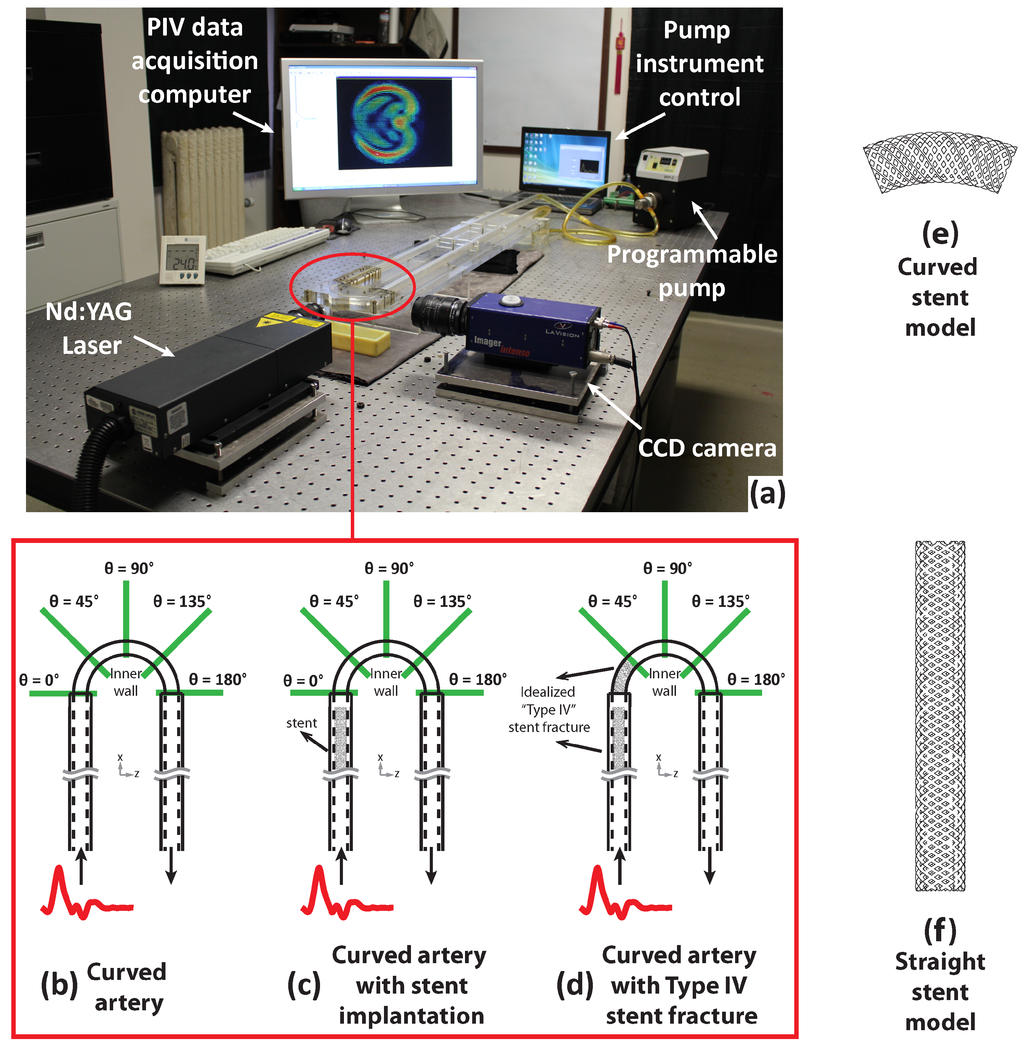