A Conversation with Gerhard Meisenberg
Previous Article in Journal

“Just Think”—Students Feel Significantly More Relaxed, Less Aroused, and in a Better Mood after a Period of Silence Alone in a Room

In the present study, we examined the effect of an internet cognitive behavior therapy (ICBT) program on anxiety, stress, and depressive symptoms in university students. Data were analyzed for 17 participants undergoing ICBT and 11 control group participants. An ANOVA of intention-to-treat analysis and per protocol (PP) analysis indicated that the interaction between group and measurement time was significant for the state–trait anxiety inventory (STAI) scores and that idiosyncratic anxiety was significantly improved. Through the results of PP, a moderate effect size for changes in STAI scores in the intervention group was observed (d = 0.62) based on Cohen’s (1988) classifications. A large effect was also observed for improvements in idiosyncratic anxiety (d = 0.91). Based on the results of the analyses, a significant interaction was observed for the STAI scores. In the intervention group, STAI scores and individual anxiety were significantly reduced after implementing the ICBT program. It was suggested that the ICBT program may positively influence thinking about anxiety and stress from an objective viewpoint. View Full-Text
Keywords: internet; cognitive behavior therapy; anxiety; stress internet; cognitive behavior therapy; anxiety; stress
►▼ Show Figures 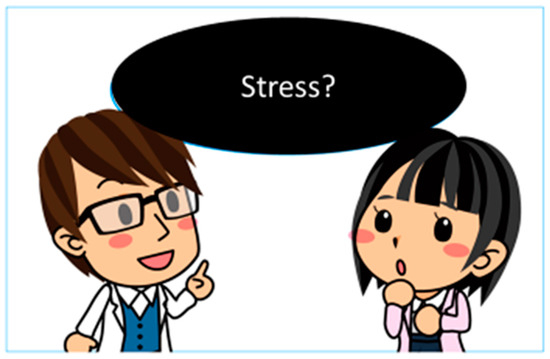