:
Microscopic surface architectures that can be easily manufactured have been in demand as mechano-structural cues for tissue engineering. Microscopic surface reliefs synthesized by wrinkling were expected as cell culture scaffolds for cell proliferation, control of cellular alignment and differentiation, and spheroid generation. We previously developed bio-based wrinkled films prepared via lignification-mimetic reactions and drying. Although these films are expected as a candidate for cell culture scaffolds, stability and morphology of the wrinkled surfaces in aqueous buffer solutions were not explored. Here, we investigate the surface morphologies of the wrinkled films in phosphate-buffered saline, and their application to 3T3 cell culture. The wrinkled film prepared with the immersion treatment at 40 °C maintained its wrinkled structure in phosphate-buffered saline even after five days, although the wrinkles were broadened by hydration of the skin layer. Interestingly, higher cell numbers were observed in the 3T3 cell culture using the wrinkled film than using flat film with the same surface composition. In addition, the high biocompatibility of the wrinkled film was confirmed by in vivo experiments. These results strongly encourage application of the wrinkled film as a mechano-structural cue. Studies of the advanced applications for the wrinkled films are now in progress.
Keywords:
chitosan; surface wrinkling; skin layer; horseradish peroxidase; cell culture substrate; 3T3 cell

Tissue engineering has attracted attention as a therapeutic method for replacing damaged tissues and organs [1,2]. Development of scaffold materials that can modulate the proliferation, self-renewal, and differentiation of multipotent stem cells into different lineages is a key aspect of tissue engineering [3]. Extensive research has revealed that mechano-structural cues, such as elasticity and topography differentially modulate cell fate in a hierarchical response [4]. Thus, technologies for easy fabrication of microscopic surface architecture would contribute to progress in tissue engineering.
Surface wrinkling is a physical process that creates unique topographies in nature [5,6]. Nano/microscopic surface reliefs synthesized by wrinkling have been used for nano/microscopic wrinkled surfaces in optical [7] and electronic devices [8], surface-enhanced Raman spectroscopy substrates [9], the realization of tunable wettability [10], and adhesion [11], and cell culture scaffolds [12,13,14,15,16,17]. In the application for cell culture scaffolds, wrinkled surfaces with unique topographies have been used for cell proliferation [12], control of cellular alignment and differentiation [13,14,16], and spheroid generation [15,17].
Recently, we reported an original approach to surface wrinkling [18,19,20,21]. In this method, a skin layer is synthesized on a chitosan (CS) film via immersion in a methanol solution containing a phenolic acid and subsequent surface reaction by horseradish peroxidase (HRP) mimicking wood lignification. We revealed that the immersion process induced surface wrinkling by the formation of covalent bonds between the CS substrate and phenolic acid. The phenolic acid-bound moieties acted as reaction sites for crosslinking via the HRP-catalyzed reaction and yielded a skin layer on the submicron order. The crosslinking structure capable of skin formation consisted of ionic bonds composed of CS and oligomeric phenolic acid residues on CS [18]. A surface relief with micron-scale wrinkles is formed upon drying as a result of inhomogeneous shrinkage (Figure 1). This is a totally bio-based system involving green materials and processes. In addition, we found that the wrinkled surfaces maintained their structure in water [19]. Although this result encouraged us to apply the wrinkled surfaces for use as a cell culture scaffold, stability, and morphology of the wrinkled films in aqueous buffer solutions were not explored. In addition, the wrinkled films are potential biomaterials because CS, their main constituent, has high biocompatibility [22]. However, the toxicity of oligophenolic acid residues present around film surface is concerned. Therefore, biocompatibility of the wrinkled films should be explored.
Here, we investigate a detailed characterization of the wrinkled surfaces in phosphate-buffered saline (PBS) by atomic force microscopy (AFM) analysis, and the 3T3 cell culture on the wrinkled surfaces, in order to confirm the potential applicability of these synthesized surfaces as mechano-structural cues. In addition, we investigate the biocompatibility of the wrinkled films by implant placement in mice.

2.1. AFM Analysis of the Wrinkle-CS Films in Air and PBS

2.3. 3T3 Biocompatibility of the Wrinkle-CS Film

4.3. Preparation of the CS Film

CS (2.0 g) was dissolved in 100 mL of an acidic aqueous solution containing 0.5-mL acetic acid. Then, 10 mL of the CS solution was added to a Teflon Petri dish (φ = 50 mm) and degassed under reduced pressure. The CS solution was heated at 50 °C for 24 h to yield a CS film after evaporation. The film was then heated at 50 °C under reduced pressure for 12 h. The inhomogeneous edge of the film was cut down with scissors. The weight and thickness of the CS film were ca. 0.15 g and ca. 100 µm, respectively.

For the observation of the films, samples cut into 5-mm squares were attached to a steel plate with a diameter of 12 mm using double-sided tape, which were then set on the AFM sample stage. AFM images were obtained in PeakForce Tapping mode on a MultiMode 8 at room temperature. We used two different types of cantilever tips: an NCHV-A (spring constant: 40 N/m; from Bruker) for the observations in air; and a ScanAsystFluid (spring constant: 0.7 N/m; from Bruker Corp.) for observations in PBS. The images were captured in 256 × 256 data points for a 1 μm × 1 μm, 10 μm × 10 μm (image data not shown), or 30 μm × 30 μm scan area with a scan rate of 0.5–1.8 Hz. The surface features were analysed using the image data from the 10 μm × 10 μm scan area. Surface roughness was determined using the software bundled with NanoScope, and amplitude was calculated by the difference between the peak and valley in the sectional view, while the wavelength was determined as the distance of between parallel “mountains”, which can be observed in the top view.
For force-curve analysis, the spring constants of the cantilevers were calibrated by the thermal tune method [29]. In order to estimate the moduli, 10 force curves were acquired for each sample at the top of the mountain. The maximum loading forces were 200 nN in air and 50 nN in PBS. For the force-curve analysis, the Hertzian model [30] was used to calculate the Young’s modulus by the software bundled with NanoScope. The Hertzian model is expressed as F = 4E√Rδ3/2/3(1 − ν2), where F is the loading force, E is the Young’s modulus to be determined, R is the tip radius, ν is the Poisson’s ratio, and δ is the indentation depth. In the numerical calculations, the probing-tip radii were postulated to be 10 nm for the observations in air and 18 nm for PBS, while the Poisson’s ratios were assumed to be 0.3 in the case of air and 0.45 in the case of PBS [31].

The wrinkle-CS films (diameter: 14 mm) for the in vitro study were sterilized by immersion in PBS (50 mL) containing a PSN antibiotic mixture (0.5 mL). These films were set on the bottoms of the 24-well culture plates (FALCON®, Corning, NY, USA). Each film was fixed by a silicon ring (outside diameter: 16 mm; inside diameter: 13 mm); 0.5 mL of 3T3 cell solution (3.8 × 104 cells/mL 3T3 cells diluted by DMEM) was seeded and cultured for two days (37 °C, 5% CO2). After incubation, the cells were washed twice with 0.5 mL PBS, and then peeled by trypsin. The peeled cells (10 μL) were mixed with trypan blue (10 μL). The numbers of the cells were calculated by a haemocytometer with an optical microscope.

C57BL/6 mice (six-week-old females) were purchased from CLEA Japan (Osaka, Japan). All mice were maintained under conventional conditions. The Animal Research Committee of Tottori University approved of the care and use of mice in this study (permission no.: 15-T-40).

In vivo evaluation was performed according to our previous method with slight modifications [32]. A schematic illustration of the in vivo test is shown in Figure 6a. On day 0, the posterior region of the animal was clipped and disinfected with 5% w/v chlorhexidine gluconate (Pfizer, New York, NY, USA) and 50% w/v isopropanol (Yoshida Pharmaceutical, Tokyo, Japan). Skin incisions (1.2-cm long) were made after inhalation of 2–3% isoflurane. In the control group (two mice), wounds were closed using a medical stapler (Johnson and Johnson, Tokyo, Japan). For the wrinkle-CS group, the film (1.0 × 1.0 cm) was applied to the subcutaneous layer and the wounds were then closed with a medical stapler.
Skin and subcutaneous tissue samples were obtained on day 7, from mice anesthetized via the inhalation of 5% isoflurane. The samples obtained included the surrounding epidermis, subcutaneous tissues, and muscle layers around the films. The tissues were fixed in 10% buffered formalin.
Thin sections (4 μm) were prepared from each sample for histological observation after hematoxylin-eosin (HE) staining. Each section was examined microscopically.

This work was supported in part by JSPS KAKENHI grant number 16K05916.

There are no conflicts of interest to declare. 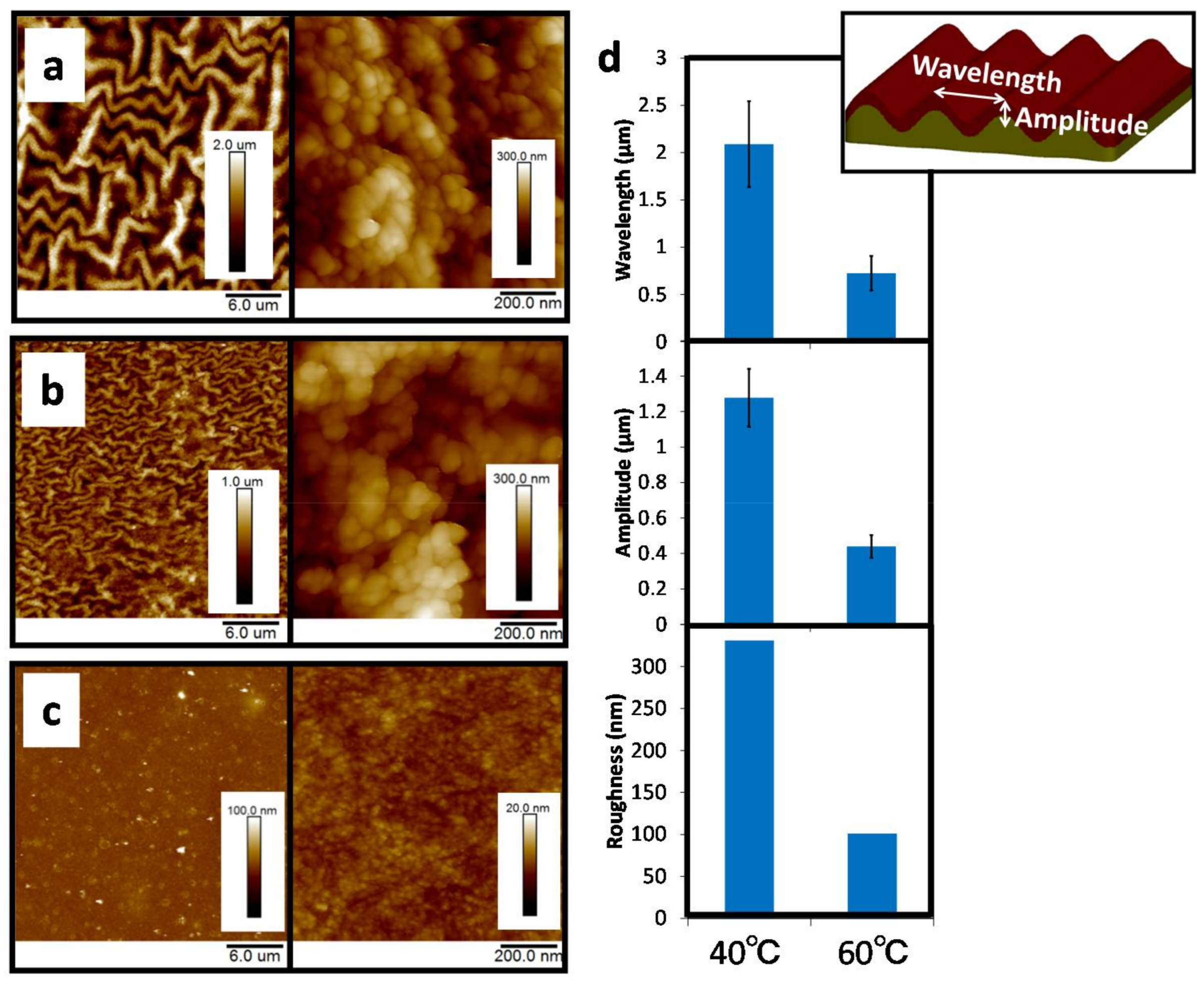 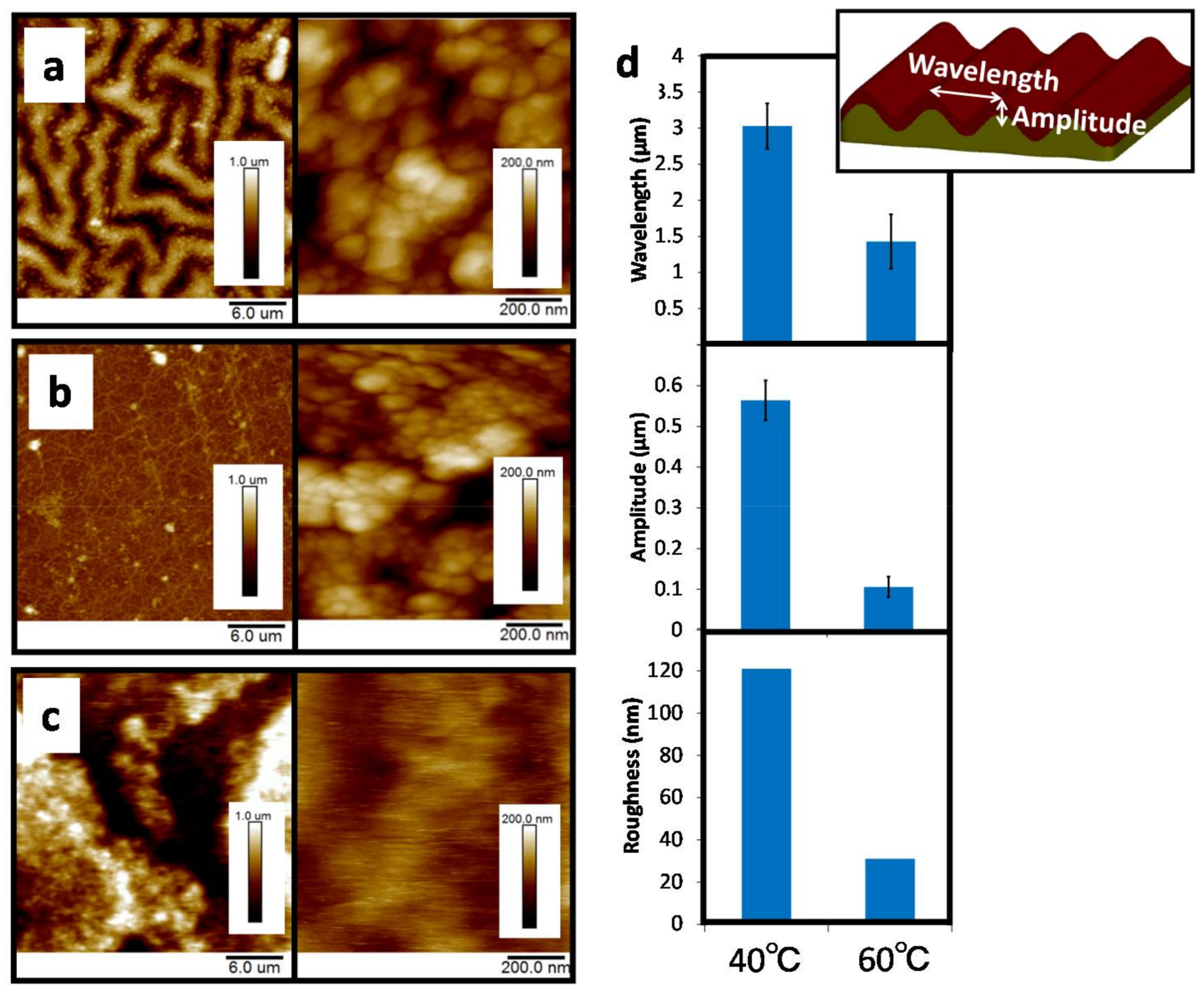