Sequential Decision Making Problems (SDMPs) that can be modeled as Markov Decision Processes can be solved using methods that combine Dynamic Programming (DP) and Reinforcement Learning (RL). Depending on the problem scenarios and the available Decision Makers (DMs), such RL algorithms may be designed for single-agent systems or multi-agent systems that either consist of agents with individual goals and decision making capabilities, which are influenced by other agent’s decisions, or behave as a swarm of agents that collaboratively learn a single objective. Many studies have been conducted in this area; however, when concentrating on available swarm RL algorithms, one obtains a clear view of the areas that still require attention. Most of the studies in this area focus on homogeneous swarms and so far, systems introduced as Heterogeneous Swarms (HetSs) merely include very few, i.e., two or three sub-swarms of homogeneous agents, which either, according to their capabilities, deal with a specific sub-problem of the general problem or exhibit different behaviors in order to reduce the risk of bias. This study introduces a novel approach that allows agents, which are originally designed to solve different problems and hence have higher degrees of heterogeneity, to behave as a swarm when addressing identical sub-problems. In fact, the affinity between two agents, which measures the compatibility of agents to work together towards solving a specific sub-problem, is used in designing a Heterogeneous Swarm RL (HetSRL) algorithm that allows HetSs to solve the intended SDMPs. View Full-Text
Keywords: heterogeneous swarm intelligence (HetSI); Markov decision process (MDP); reinforcement learning (RL); sequential decision making problem (SDMP) heterogeneous swarm intelligence (HetSI); Markov decision process (MDP); reinforcement learning (RL); sequential decision making problem (SDMP)
►▼ Show Figures 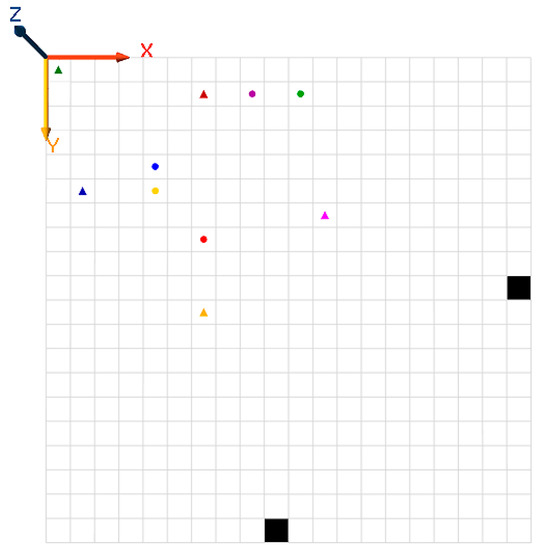