The grand goal of Machine Learning is to develop software which can learn from previous experience—similar to how we humans do. Ultimately, to reach a level of usable intelligence, we need (1) to learn from prior data, (2) to extract knowledge, (3) to generalize—i.e., guessing where probability function mass/density concentrates, (4) to fight the curse of dimensionality, and (5) to disentangle underlying explanatory factors of the data—i.e., to make sense of the data in the context of an application domain. To address these challenges and to ensure successful machine learning applications in various domains an integrated machine learning approach is important. This requires a concerted international effort without boundaries, supporting collaborative, cross-domain, interdisciplinary and transdisciplinary work of experts from seven sections, ranging from data pre-processing to data visualization, i.e., to map results found in arbitrarily high dimensional spaces into the lower dimensions to make it accessible, usable and useful to the end user. An integrated machine learning approach needs also to consider issues of privacy, data protection, safety, security, user acceptance and social implications. This paper is the inaugural introduction to the new journal of MAchine Learning & Knowledge Extraction (MAKE). The goal is to provide an incomplete, personally biased, but consistent introduction into the concepts of MAKE and a brief overview of some selected topics to stimulate future research in the international research community.
Keywords: Machine Learning; Knowledge Extraction Machine Learning; Knowledge Extraction
Section 1 of this inaugural paper contains a very short executive summary, intentionally without references for the sake of brevity. Section 2 provides an incomplete introduction of and a personal view to the field of MAchine Learning (MA) and Section 3 to Knowledge Extraction (KE). Section 4 provides three selected future research challenges aiming to act as teaser to stimulate further research. Section 5 lists three benefits, differences and added values of the new journal. Finally, Section 6 provides an overview on the integrative machine learning approach on which this new journal builds and fosters.

Machine learning deals with understanding intelligence for the design and development of algorithms that can learn from data, to gain knowledge from experience and improve their learning behaviour over time. The challenge is to discover relevant structural and/or temporal patterns (“knowledge”) in data, which is often hidden in arbitrarily high dimensional spaces, thus not accessible to a human. Today, machine learning is the fastest growing technical field, having many application domains, e.g., smart health, smart factory (Industry 4.0), etc. with many use cases from our daily life, e.g., recommender systems, speech recognition, autonomous driving, etc. The grand challenges are in sensemaking, in context understanding, and in decision making under uncertainty. The real-world is full of uncertainties and probabilistic information—and probabilistic inference enormously influenced artificial intelligence and statistical learning. The inverse probability allows to infer unknowns, to learn from data and to make predictions to support decision making. Increasingly complex data sets require efficient, useful and usable solutions for knowledge discovery and Knowledge Extraction.

5. Benefits of the New Journal MAKE

There are excellent and well established top journals in the field, for example: Machine Learning (MACH), the Journal of Machine Learning Research (JMLR), or the Knowledge and Information Systems (KAIS) journal—just to mention three.
Springer Machine Learning (MACH) is in operation since 1986 and is an established international forum for research on computational approaches to learning. The journal publishes articles reporting substantive results on a wide range of learning methods applied to a variety of learning problems. In 2001, forty editors and members of the editorial board of Machine Learning resigned in order to support the Journal of Machine Learning Research (JMLR), which was at that time the pioneering journal in machine learning: online available, open access and the copyright remaining with the authors. The JMLR is now the top-end journal and the benchmark of the field.
Springer Knowledge and Information Systems (KAIS) is in operation since 1999 and provides an international professional forum for advances on all topics related to knowledge systems and information systems. The journal focuses on systems, including their theoretical foundations, infrastructure and enabling technologies.
The journal for MAchine Learning & Knowledge Extraction (MAKE) is a peer-reviewed open access journal and the copyright remains with the authors. The publisher is the Multidisciplinary Digital Publishing Institute (MDPI), headquartered in Basel (Switzerland) with offices in Europe and China.
Unique features include:
Machine Learning Education. The advances of machine learning research and the practical success in many different domains call worldwide for a new kind of research-oriented graduates. To keep students up-to-date with most recent material in such an innovative field is not an easy task. In a recent talk Nando de Freitas pointed out that alone deep learning research is like playing with a huge amounts of Lego blocks. Finding and putting together the right blocks is difficult. An integrative machine learning approach calls also for an integrated teaching approach and needs a concerted effort of the various disciplines.
In innovative and rapidly changing areas the application of Research-Based Teaching (RBT) approaches can be of great help [107], where e.g., the curriculum is designed around current research topics, always grounded in relevant and necessary fundamentals. A sample curriculum for a course of “machine learning in health informatics” is described in [108].
Consequently, the journal supports educational efforts, particularly in the form of valuable, concise, strictly peer-reviewed tutorial papers, similarly to the IEEE Signal Processing Magazine, which is doing an excellent job for the benefit of their community, see three examples [109,110,111].
Responsibility, Ethical/Social Issues, Law, Technology Assessment. Both scientists and engineers are responsible for their developments. This is particularly true for the field of machine learning and its implications on our society. The enormous future potential of machine learning specifically, and artificial intelligence generally, requires to take not only over social responsibility, but even maximising the social benefit of these technologies [112]. Here it is important not only to take care of ethics in the sense of how humans use computational approaches, instead to deal with machine learning ethics, which is concerning the ethical dimension to ensuring that the behavior of machines toward human users is ethically acceptable [113], which is of increasing importance in learning machines, autonomous systems and decision making [114,115,116].
Critical discussions of social implications are therefore of utmost importance, in combination with issues of regional, national, transnational and international laws, directives and regulations with a strong focus on privacy, data protection, safety and security (which is a own section of the integrated approach, see next chapter).
Availability, Usability, Acceptance. The value of machine learning algorithms for the progress of the international research community is to a large part dependent on three important issues:
The problem is still that much potential of sophisticated methods and tools can not be used due to lack of availability, interoperability, and reproducibility. Another huge obstacle is the lack of usability of available machine learning methods and tools, which often makes it hard for a domain expert to apply them. This calls for adequate machine learning usability [118].
It is well understandable that all these topics mentioned within the previous pages cannot be tackled within one single discipline; instead it needs an combined effort of various sections, brought together in a concerted integrative approach. This leads us to the last open question: What is this "integrative machine learning" approach?

Machine learning deals with understanding intelligence for building algorithms that can learn from data, to gain knowledge from experience and improve their learning behaviour over time. The challenge is in knowledge extraction to discover relevant structural and/or temporal patterns (”knowledge”) in data, which is often hidden in arbitrarily high dimensional spaces—not accessible to a human. Consequently, a combined view to MAchine Learning & Knowledge Extraction (MAKE) has enormous future potential for both academia and industry, e.g., in bridging probabilistic approaches with classic ontological approaches. Grand challenges are in sensemaking, in understanding the context, and in support of making decisions under uncertainty, which is needed for solving problems in various application domains from Astronomy to Zoology.
The ultimate goal is to design and develop human-level intelligent algorithms which can automatically learn from data, and improve with experience over time without any human-in-the-loop. However, the application of such fully automatic approaches in complex domains (e.g., health) seems elusive in the near future. A convincing example are Gaussian processes, where automatic approaches (e.g., kernel machines) struggle on function extrapolation problems, which are quite trivial for human learners. Consequently, interactive approaches, by integrating a human-into-the-loop (e.g., a human kernel), thereby making use of human cognitive abilities, seems to be a promising approach for the near future.
This is particularly useful to solve problems where we do not have “Big Data”, instead are lacking large amounts of training data, deal with complex data and/or rare events, where traditional learning algorithms (e.g., deep learning) suffer due to insufficient training samples. Such an “expert-in-the-loop” can help to solve solve problems which otherwise would remain NP-hard.
For all these reasons there is much room for a new peer-reviewed open journal, complementary to the already existing established journals. The goal of the new journal “MAchine Learning & Knowledge extraction” (MAKE) is to provide an open platform to bring together researchers from diverse sections in a cross-disciplinary manner, without any boundaries, to stimulate fresh ideas and to encourage multi-disciplinary and cross-domain problem solving for the benefit of the human. Let’s MAKE it!

The author cordially thanks the anonymous reviewers of this editorial paper for valuable feedback and comments. The author thanks the Holzinger group and all members of the organically grown international HCI-KDD network, fostering the international Cross-Domain Conference for Machine Learning & Knowledge Extraction (CD-MAKE), https://cd-make.net, supported by the International Federation of Information Processing (IFIP). Thanks to all international colleagues who support the idea of “Science is to test crazy ideas—Engineering is to put these ideas into Business”. Machine Learning & Knowledge Extraction is such an enormous broad and rapidly growing field that there is much room for a new journal, which is in no way in conflict of interest to any existing journal, instead it shall be complementary to them—for the benefit of our international research community—ultimately for the benefit of the human.

The author declares that there are no conflicts of interest. 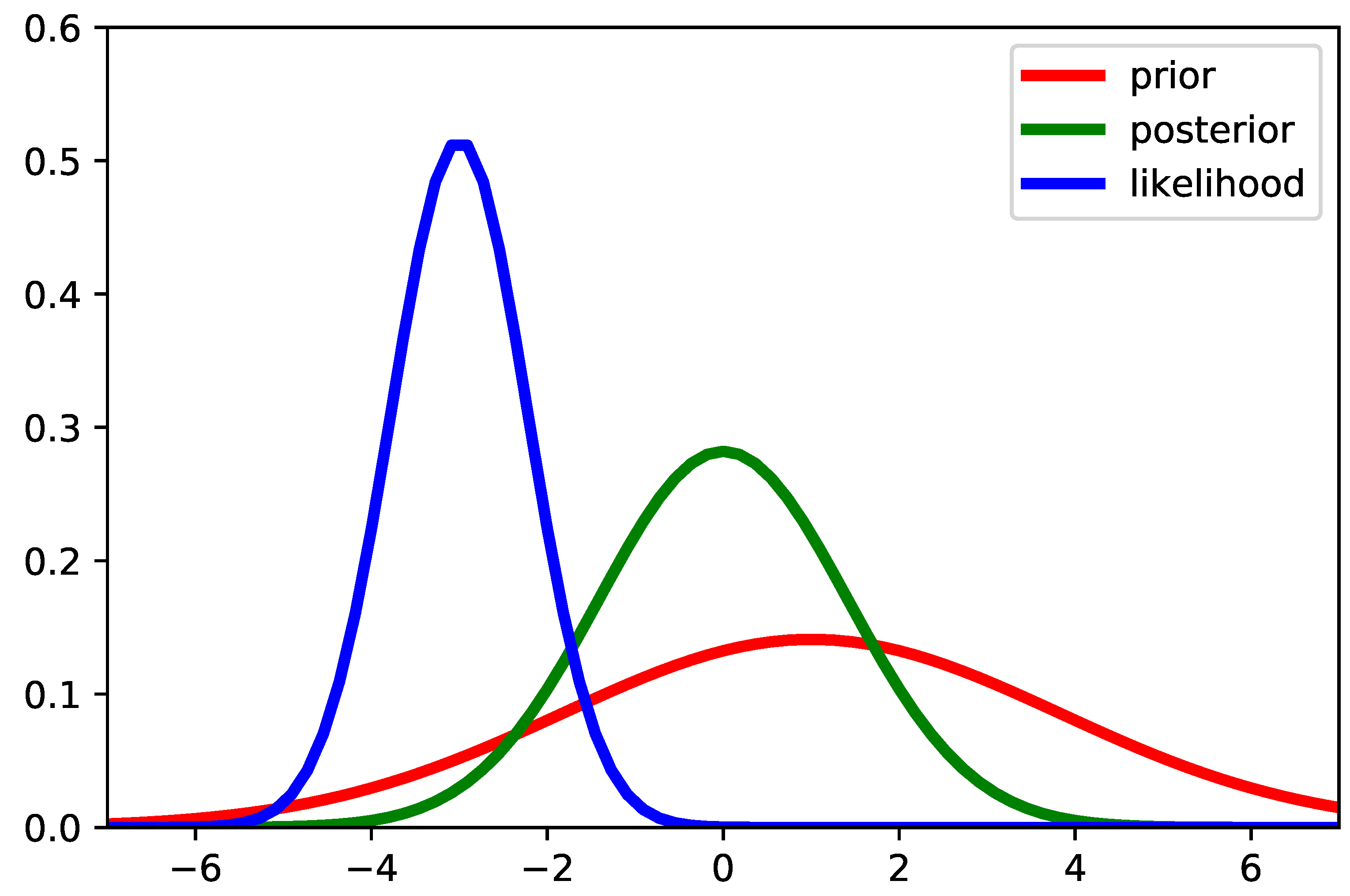 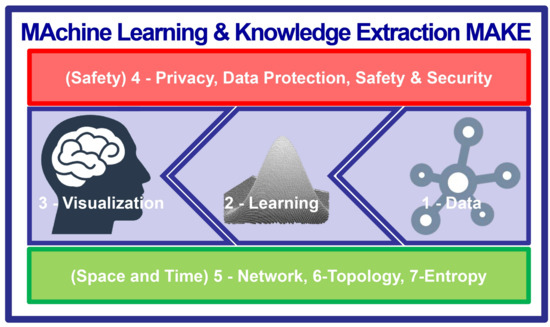 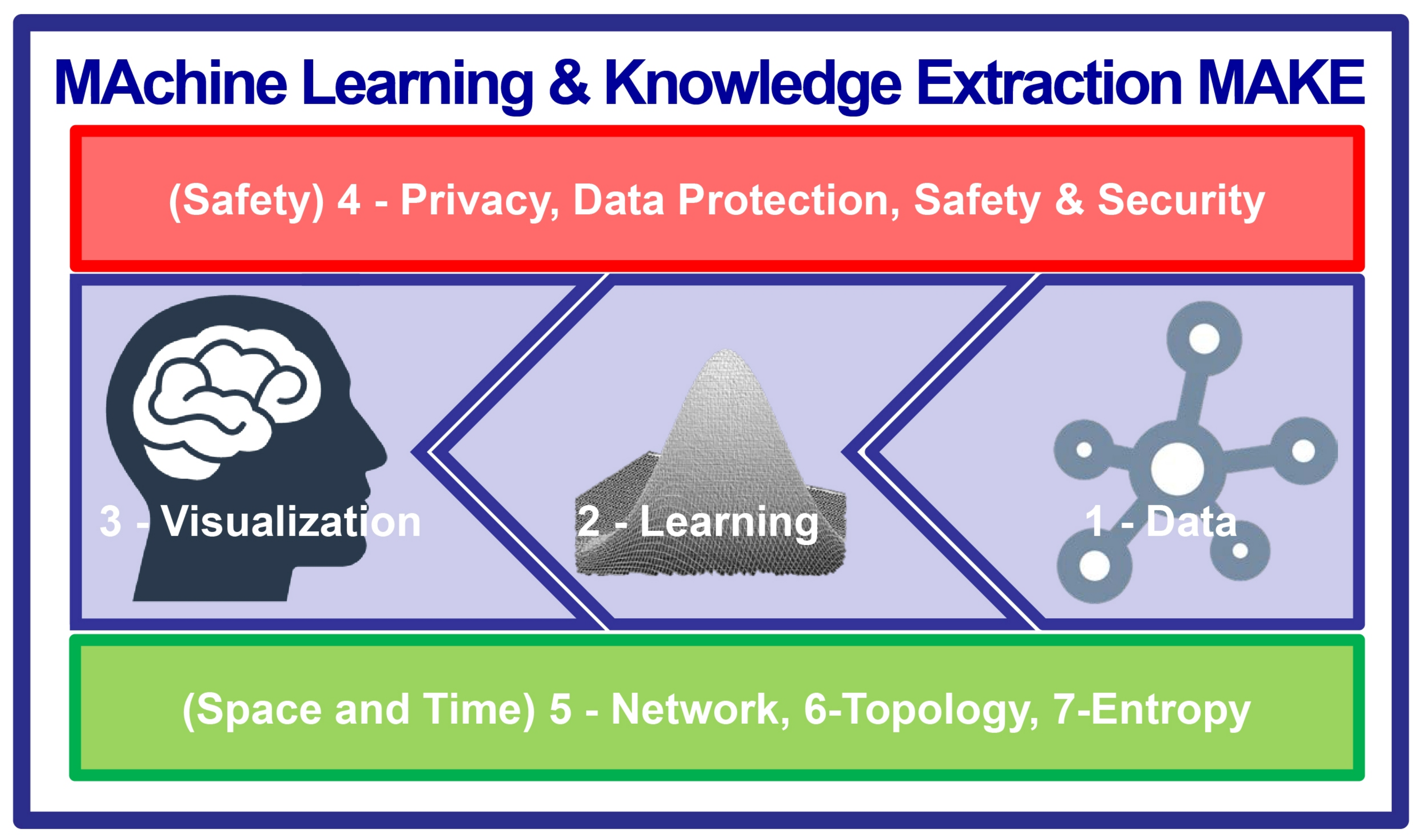