The Brightest Light in Canada: The Canadian Light Source

Neutron Scattering at HIFAR—Glimpses of the Past

This article attempts to give a description of neutron scattering down under for close on forty-six years. The early years describe the fledgling group buying parts and cobbling instruments together to its emergence as a viable neutron scattering group with up to ten working instruments. The second section covers the consolidation of this group, despite tough higher level management. The Australian Science and Technology Council (ASTEC) enquiry in 1985 and the Government decision not to replace the HIgh Flux Australian Reactor (HIFAR), led to major expansion and upgrading of the existing neutron beam facilities during the 1990s. Finally, there were some smooth years of operation while other staff were preparing for the replacement reactor. It has concentrated on the instruments as they were built, modified, replaced with new ones, and upgraded at different times.
Keywords: neutron scattering; HIFAR; history neutron scattering; HIFAR; history

On 30 January 2007, the Hon. Julie Bishop, Minister for Education, Science and Training initiated the final shutdown of Australia’s first nuclear reactor, the 10-MW HIgh Flux Australian Reactor (HIFAR). Current and past staff of the Australian Nuclear Science and Technology Organisation (ANSTO) formerly the Australian Atomic Energy Commission (AAEC, or the Commission) and the Australian Institute of Nuclear Science and Engineering (AINSE) attended the special ceremony to say goodbye to an old friend. During its lifetime, this reactor has supplied millions of patients nuclear medicine doses (approximately half a million a year) to Australia, New Zealand and other countries in the Asia-Pacific region; has produced high grade Neutron-Transmutation-Doped (NTD) silicon for the semiconductor industry; and has allowed cutting edge neutron beam science to take place.
HIFAR went critical on Australia Day (26 January) 1958, was officially opened on 18 April 1958 by the then Prime Minister Robert Menzies, and was one of five carbon copies of the British designed reactor DIDO. In total, six DIDO class reactors were constructed based on this design:
HIFAR was the last to shut down, in 2007. It was originally used as a materials-test reactor for the development of nuclear energy in Australia. However, in 1972, the Australian Government decided not to proceed down the nuclear energy route, and HIFAR was adapted for other purposes. The major uses were to produce radiopharmaceuticals, neutron beams for scientific research, NTD silicon and radioisotopes for use in industry, for example gamma radiography to detect structural flaws in mechanical components and in tracing studies in the environment or through treatment plants. An immense amount of intellectual effort went into maintaining and developing HIFAR, to keep it running safely and effectively for the 49 years of its operating life.
When I arrived at the AAEC in 1967, neutron scattering had been gaining momentum for seven years. There were five operating neutron beam instruments, each with a single detector and no computer control. In the Australian tradition of ingenuity and few funds, two of these instruments were based on army-surplus gun mounts, and one had a car gearbox—a far cry from today’s multidetector, highly computerised systems. None of those original instruments survived the introduction of computers and new technologies. However, the Triple-Axis Spectrometer, which I commissioned in 1971 and was revamped as a strain scanner, was still operating at shutdown.
The majority of users of the neutron beam instruments have been university researchers obtaining access via AINSE. Initially AINSE had its own scientific and technical staff who worked in parallel with the AAEC/ANSTO staff. This changed in 1991 when the instruments and scientific staff were transferred to ANSTO, while administration of proposals, travel funding and applications for government support for upgrading the neutron beam infrastructure remained with AINSE.
While preparing this paper, I have been privileged to be given unlimited access to the ANSTO library, HIFAR archives, and original instrument log books, as well as all the AINSE Annual reports and Council meeting notes. Finding out what took place between 1960 and my arrival in 1967 has taken many months. I have also had my own notes and many summary documents to draw upon to develop the overall picture of a continually striving group that often achieved much with very little, which, I believe, enabled it to progress to become the highly regarded Australian Centre for Neutron Scattering, ACNS, (formerly the Bragg Institute) that is in operation today.
Readers should also refer to AINSE’s 40th anniversary book, which contains an article by Trevor Hicks [1]. This describes much of the early work from a university user’s perspective and includes complementary pictures and comments to those I have included.

Neutron Diffraction Experiments.
Neutron beams are brought out from HIFAR through narrow holes in the shielding called collimators. They are directed onto specimens which scatter the neutrons and the scattering is recorded by neutron counters. The technique gives information about the atomic structure of the materials.
As you pass around the faces of the reactor you will see in order:

Opposite (d) there is a display bench showing:

Simple placards, not fancy colourful posters as expected nowadays, were attached to the above instruments explaining their use and these are given in Appendix B.
Initially, as already mentioned, the instruments were set manually by the instrument scientist collecting the data. After initial test runs by the research scientists, this task was added to the duties of the rig technicians who were part of the reactor operating team. They were supplied with computer printouts of (hkl) and angles [38] and given the hourly task of resetting the instrument to collect a fresh reflection. This greatly relieved the stress on the scientists but the data were still unreliable. Mis-setting of angles was quite common, particularly in the small hours of the morning. This was made clear to me by one scientist who deleted all data collected between 5:00 a.m. and 7:00 a.m. and gained a substantial improvement in the quality of the structural refinement. Once the single crystal instruments were computer controlled, both the speed and reliability of data improved markedly. Many ingenious pieces of code were developed:
In the manual days, the data had been output onto five-hole paper tape as a long string of individual counts (preceded by identifiers including reflection indices). A suite of programs had been developed over time to extract the integrated peak intensities from such data and prepare them for input into phasing programs, a Fourier program and eventually structure refinement programs. Now the data were output as integrated intensities with hkl, 2θ and peak position error onto computer tape (eight-hole) by the teletype. All the mainframe programs were updated for the new input data format [39], and outputs now made available in many formats suitable for the users’ ongoing structure solution programs.
This period could be described as a golden period when, in some cases, Lucas Heights led the world. Mini-computer control of instruments was developed at Lucas Heights [32] before it was used at Harwell, or even at the US Brookhaven and Oak Ridge laboratories. The strategy of improving data reliability [39] was an important innovation. Lucas Heights was the first laboratory anywhere to encourage university users, and Hugo Rietveld did his first experiments with Terry Sabine. This resulted in the establishment of AINSE in 1959, only copied in the 1970s at Harwell and later in Europe and the US. This university support proved vital in the tough times to come, and today most of the world’s neutron scattering involves university users.
Thus, by the early 1970s, neutron scattering in Australia was established, was well on the way to having 10 operational instruments at HIFAR and publications were being produced at about 14 per year. The publications/year (however unreliable) are shown in Figure 3. The future looked good.

In the 40 years I worked at Lucas Heights, neutron scattering grew from five single detector un-computerised instruments (data accumulated on rolls of paper tape which had to be taken to the site Main Frame computer for processing) to seven highly sophisticated, computer controlled instruments using single detectors, multidetectors or area detectors as appropriate, with an approximate 16-fold increase in data collection rates.
Many well-known scientists, Hugo Rietveld, Trevor Hicks, Alan Hewat, Sax Mason, John Parise, Oscar Moze, Andrew Wildes and Dimitri Argyriou, to name a few, started their scientific careers at HIFAR. Achievements in neutron scattering from using neutron beams from HIFAR are given below.
From 1958 to 2006:
Data were still being collected at shutdown and these figures are undoubtedly an underestimate.
Scientific awards:
I have been asked if there was a scientist who had influenced my scientific career and initially I was stumped for an answer. Now I know that HIFAR has played that role. I adapted my life, as my family know too well, to ensure excellent usage of the neutron beam facilities. The following poem summarises my mentor—HIFAR - five initials, five decades, five attributes
All of this would not have been achieved without the unstinting effort of the reactor operations group and other on-site support over the years while HIFAR operated and still continue in the decommissioning phase. We coexisted—more as a family than a team—so the following poem is for them.

I wish to thank ANSTO for continuing access to the Lucas Heights site and its facilities. In particular, I have been privileged to be given unlimited access to the ANSTO library, HIFAR archives, and original instrument log books. I also thank AINSE for access to all the AINSE Annual reports and Council meeting notes. Finding out what took place between 1960 and my arrival in 1967 took many months. 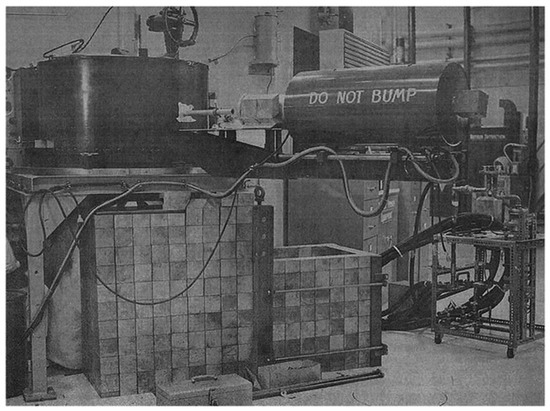 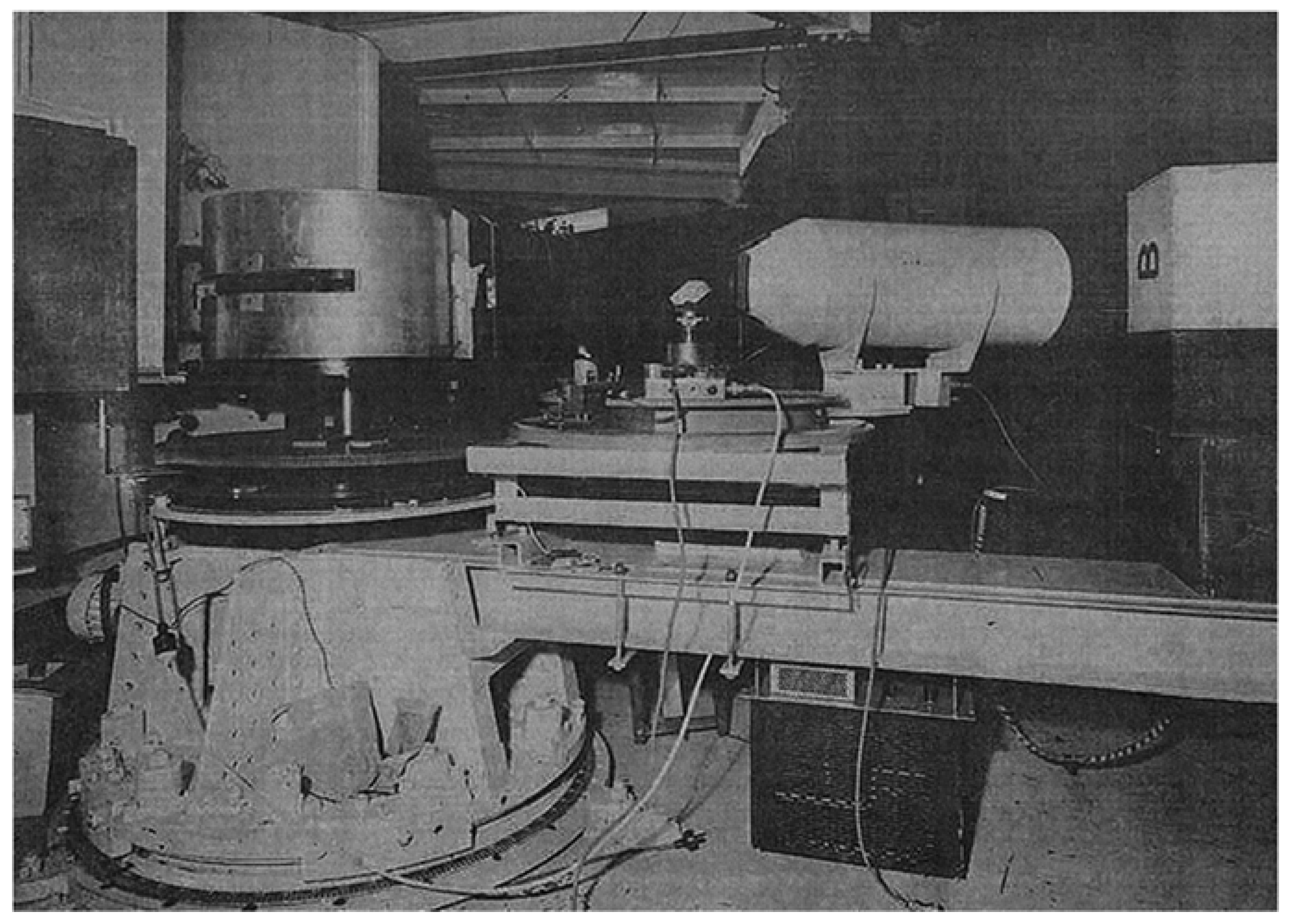