:
Human rhinovirus infections are a major trigger for acute exacerbations of lower airway diseases, including asthma and chronic obstructive pulmonary disease. Disease exacerbation is thought to be regulated via double-stranded RNA (dsRNA)-mediated signaling of proinflammatory and host defense responses in airway epithelial cells. Despite the central role of dsRNA in regulating host cell responses, no method for the quantitative assessment of dsRNA levels during HRV infections has been developed. Conventional RT-PCR for the negative strand template is not effective as self-priming results in apparent signals, even in the absence of primer during reverse transcription. To avoid these issues, we developed a selective assay for the negative strand template that uses a chimeric primer containing a 5′ non-viral sequence for reverse transcription and a primer using the non-viral sequence during subsequent PCR. We established that this assay avoided issues of self-priming and is strand specific, as it is unaffected even in the presence of a 1000-fold excess of positive strand. Assays in primary human airway epithelial cells showed that negative strand was detectable within 6 h of virus exposure and peaked at 18 h after virus exposure. The temporal pattern of negative strand induction mirrored that of genomic RNA but was always 1000-fold lower than positive strand, indicating that the negative strand levels regulate levels of dsRNA formation. This assay will permit relative quantification of dsRNA during studies of HRV regulation of epithelial cell function.
Keywords:
rhinovirus; airway epithelium; viral replication; negative strand

Human rhinovirus (HRV) species belong to the Enterovirus genus of the Picornaviradae family. They are the dominant virus type responsible for the common cold. Importantly, HRV infections are also a major trigger of acute exacerbations in patients with lower respiratory diseases, such as asthma and chronic obstructive pulmonary disease [1]. The human airway epithelial cell (HAE) is the primary site of HRV infection and replication [2,3]. Because HRV infections do not lead to overt epithelial toxicity, either in vitro or in vivo, it is assumed that symptoms are induced as a result of alterations in epithelial cell biology that lead to increased airway inflammation. In support of this hypothesis, a number of proinflammatory cytokines and chemokines are released by HRV-infected airway epithelial cells and are also found in airway secretions during experimental or naturally acquired in vivo HRV infections [4]. Although some chemokines can be induced as a direct result of HRV binding to its receptor [5,6], the majority of proinflammatory and epithelial antiviral responses depend upon viral replication.
HRV replication requires virus entry into cells and genome release [7]. After the translation of the viral polyprotein from the positive sense RNA genome, the viral RNA polymerase generates negative strand copies of the HRV genome [8]. These negative strands then serve as templates for replication of positive strand genomes. Thus, during HRV replication, viral double-stranded RNA (dsRNA) is generated and can be recognized by pattern recognition receptors, including toll-like receptor 3 (TLR3) and the RNA helicases, retinoic acid induced gene-I (RIG-I) and melanoma differentiation associated gene 5 (mda5). The interaction of dsRNA with these receptors initiates proinflammatory and host defense gene induction [9]. Based on this concept, the majority of studies of replication-dependent responses to HRV infection have relied on the knockdown of these key pattern recognition receptors to infer a role for dsRNA in signaling [10,11,12].
A major limitation of studies of the role of dsRNA during HRV infections is that there has not been any means to quantify the relative intracellular levels of dsRNA with time. Although antibodies can be used to demonstrate the presence of dsRNA in infected cells using immunofluorescence microscopy [13], this does not permit quantification. Since negative strand RNA is created during replication and serves as the template for synthesis of multiple strands of genomic RNA, absolute quantification of negative strand would represent a reliable means of assessing levels of dsRNA. Unfortunately, it has been demonstrated for multiple single-strand positive sense viruses that standard RT-PCR cannot reliably quantify levels of negative strand RNA [14,15], particularly in the presence of excess positive strand [16]. This is due to the process of “self priming” in which signal is generated by positive strand even in the absence of primers during reverse transcription. In the current study, we sought to establish an assay to permit reliable absolute quantification of the negative strand in HRV infected primary airway epithelial cells. We provided a much-abbreviated description of this assay in a prior publication [17], but this did not include any of the validation, data and analysis included here.

HBE were obtained by protease digestion of dissected airways (main stem bronchus to fourth generation) derived from normal, non-transplanted human lungs, as previously described [19], and stored in aliquots in liquid nitrogen until used. Lungs were obtained from a tissue retrieval service (International Institute for the Advancement of Medicine, Edison, NJ, USA). Ethics approval to receive and use human lungs was obtained from the Conjoint Health Research Ethics Board of the University of Calgary. HBE were grown in submersion culture on 6-well plates in Airway Epithelial Cell Growth Medium (PromoCell Medium; PromoCell GmbH, Heidelberg, Germany). Cells were then fed every 48 h with PromoCell medium until confluent. Each “n” value for experimental data represents the use of cells from a different individual donor.

HBE cultures were infected with 105 50% tissue culture-infective dose (TCID50) of HRV-16 at 34 °C for 2 h. Cells were then washed multiple times to remove unbound virus, fresh PromoCell medium was added and cells were cultured at 34 °C for various times. Intracellular RNA was isolated for assessment of intracellular HRV levels.

Total cellular RNA was isolated with the NucleoSpin RNA kit (Macherey-Nagel GmbH & Co, Duren, Germany), which included the homogenization of the lysates, an on-column DNase digestion and elution in RNase/DNase free water. RNA concentration and purity were determined on a NanoDrop 2000 spectrophotometer (ThermoFisher Scientific, Waltham, MA, USA). Genomic HRV-16 levels were assessed using quantitative RT-PCR using primers and a TaqMan probe directed to the 5′ untranslated region of HRV previously described [20]. A synthetic first-strand cDNA was used to generate standard curves to permit absolute quantification and data were converted to total copy number. For positive sense genomic RNA, the detection limit of the RT-PCR system corresponded to a total copy number of 106.

To try and prevent self-priming, an assay was developed that uses a chimeric primer (Table 1) for reverse transcription containing a non-viral sequence at the 5′ end of the specific sequence targeting the negative strand of HRV-16. This non-viral sequence is then used as a primer to selectively amplify the negative strand specific cDNA at the PCR stage. In the current assay, the non-viral sequence was taken from within the Escherichia coli genome, based on the hypothesis that a bacterium may have sequences discrete from rhinovirus. A Blast search confirmed that the sequence chosen lacked any homology anywhere within the rhinovirus genome sequence. Reverse transcription of RNA from infected HBE was performed using Maxima reverse transcriptase with RNase H+ activity (Invitrogen, Burlington, ON, Canada) and the chimeric primer. To remove any potential carry over RNA, cDNA was RNase treated with an RNase cocktail (Invitrogen). The cDNA was then purified using the QIAquick PCR Purification Kit (Qiagen, Hilden, Germany). Real-time PCR was carried out using the HRV-16 negative strand-specific forward primer and probe (Table 1) and the non-viral sequence only from the chimeric primer was used as the reverse primer. When this assay was applied to RNA from infected HBE, there was a normal amplification curve when the chimeric reverse primer was used for RT-PCR, but no signal was observed either in the absence of negative primer, or in the absence of reverse transcriptase (Figure 2), indicating that self-priming was no longer an issue in this assay system.

All work with human samples was conducted according to the guidelines of the declaration of Helsinki and was approved by the Conjoint Health Research Ethics Board of the University of Calgary (study ID REB15-0336_REN6).

Consent to use tissues for research was obtained from family members by the tissue retrieval service (International Institute for the Advancement of Medicine, Edison, NJ). No additional consent forms were required by the Conjoint Health Research Ethics Board of the University of Calgary.

The authors declare no competing interests. The funders had no role in the design of the work; in the collection, analysis or interpretation of the data; in the writing of the manuscript; or in the decision to publish the results. 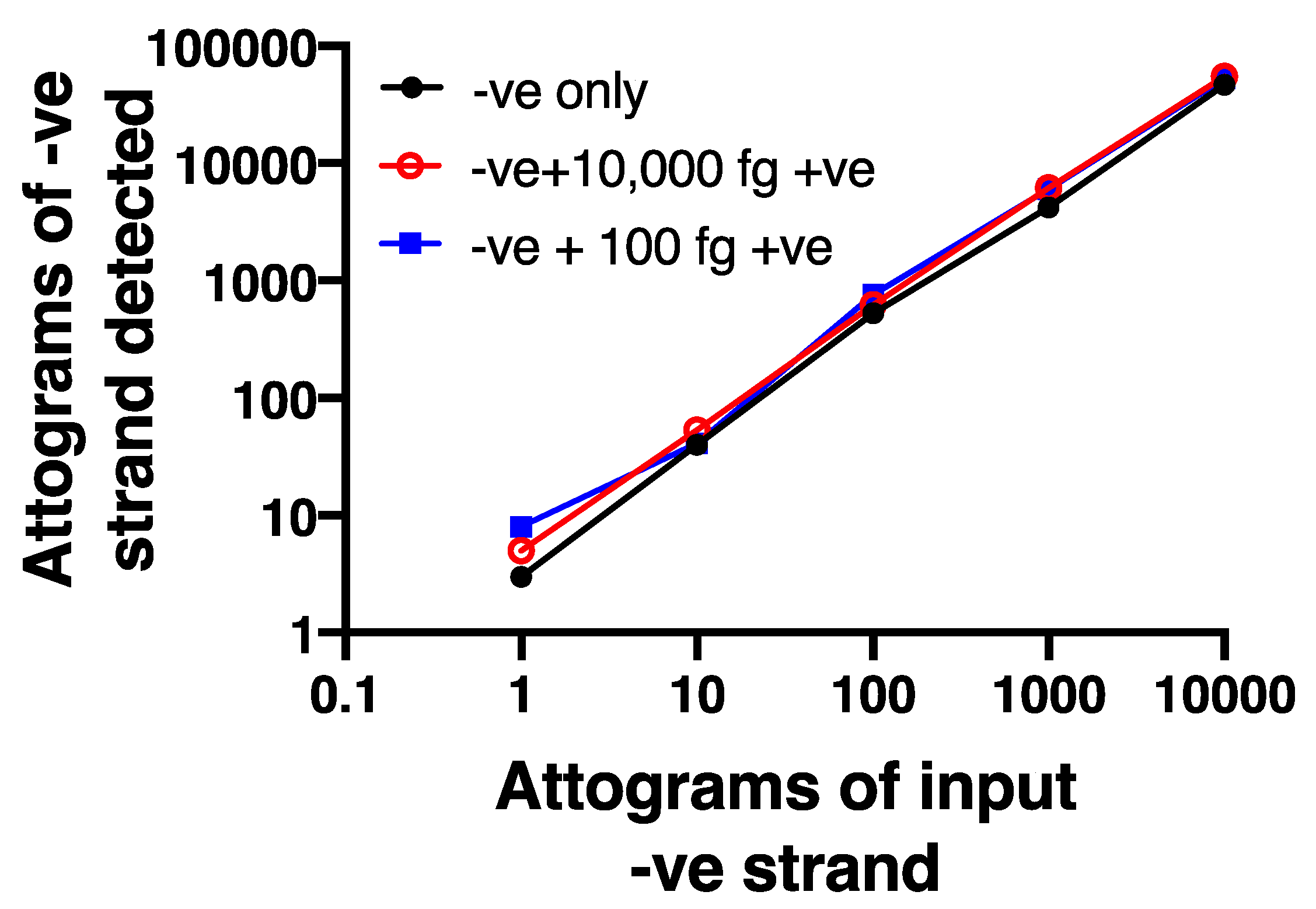 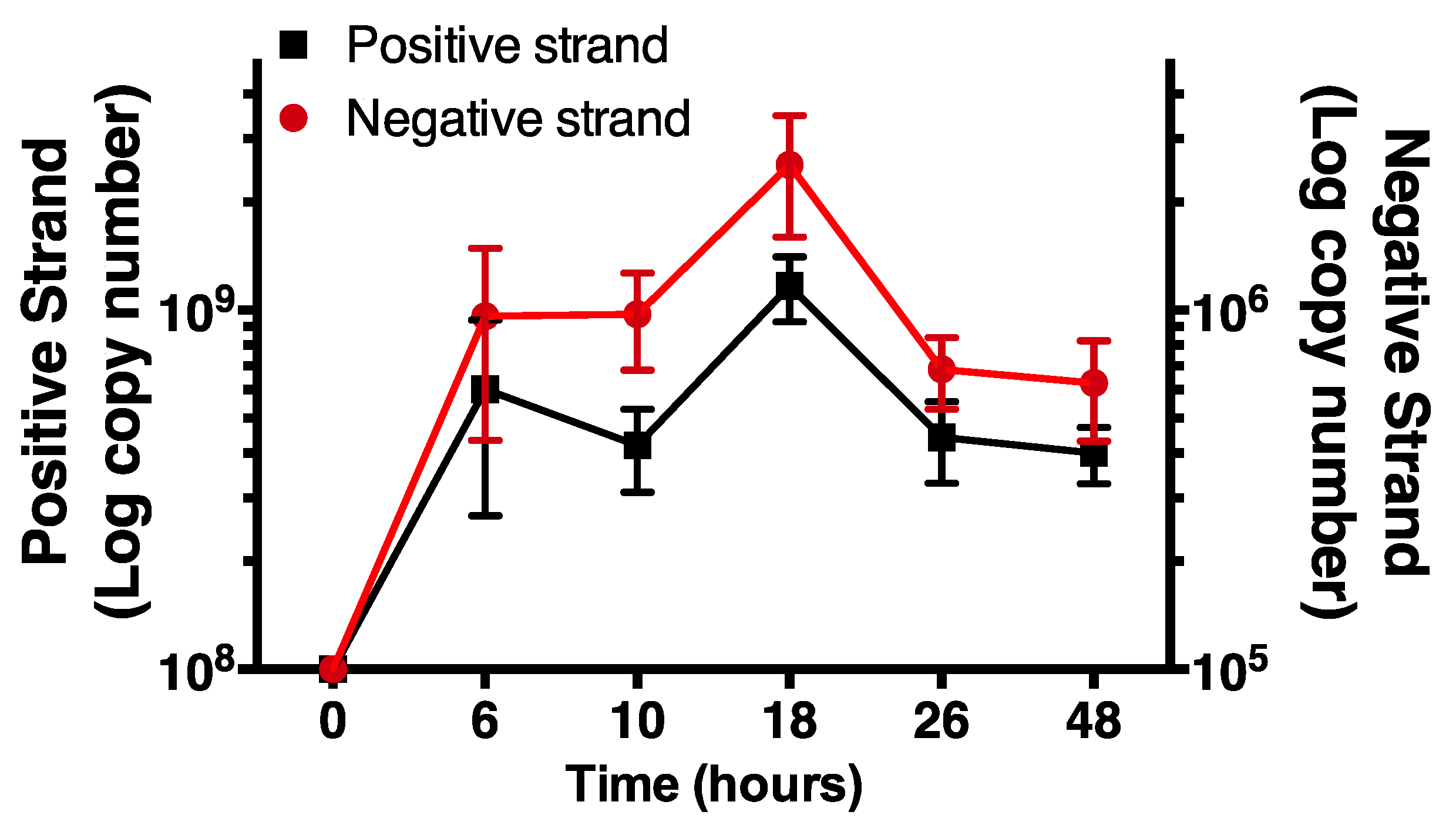