Partial anomalous left pulmonary artery (PALPA) or duplicated left pulmonary artery (LPA) is a very rare congenital vascular anomaly. It is characterized by an arterial branch arising from the right pulmonary artery (RPA) and feeding the left lung, in addition to the presence of proper LPA arising from the main pulmonary artery in a normal fashion resulting in a duplicated LPA [1]. Most PALPAs terminate in the left lower lobe. Three types of PALPA have been described based on their relationship with the tracheobronchial tree. These include the anomalous vessel arising from the inferior proximal right PA and passing anterior, antero-inferior or posterior to the tracheobronchial tree with the latter type forming a Partial PA sling or PALPA “sling” [2,3]. This anomaly must not be confused with a left pulmonary artery sling (LPAS)/Typical pulmonary artery (PA) sling or aberrant origin of the LPA [4]. There is a known association between PALPA and Kabuki syndrome (also known as Niikawa–Kuroki syndrome), a rare congenital anomaly in which multiple malformations coexist: characteristic facies, skeletal anomalies, dermatoglyphic abnormalities, intellectual disability and growth retardation [3,5].
Similar to what is the case with pulmonary artery sling, different tracheobronchial malformations including right upper lobe bronchus, bridging bronchus and tracheobronchial stenosis, as well as congenital heart disease, skeletal, gastrointestinal, and genitourinary malformations have been reported in PALPA patients. Current literature on this rare pathology is limited to single case reports and small case series. The purpose of this study was to systematically collect the largest collection of PALPA cases from the literature and a single teaching institution to help better delineate the unique clinical and radiologic features of this rare entity and further assess differences between subtypes according to their anterior versus posterior relationship to the tracheobronchial tree.

The literature was searched for cases of PALPA using the Scopus database and following the PRISMA criteria (Figure 1). This study was Health Insurance Portability and Accountability Act (HIPAA) compliant and Institutional Review Board (IRB) exempt. The following terms were used on the search query: “partial anomalous left pulmonary artery” or “duplicated left pulmonary artery” or “pseudopulmonary artery sling” or “pseudopulmonary” or “partial pulmonary artery sling” or “left pulmonary artery sling” or “subcarinal pulmonary artery sling”. No restrictions on the basis of publication language were made. Articles in press and those published before 1995 were excluded as virtually all cases with definite imaging confirmation were published after this year. Patients with aberrant LPA either posterior to the trachea (Pulmonary artery sling), or anterior to the trachea, but without duplication of the LPA were also excluded. The reference sections of all relevant articles were scrutinized for additional cases. The resulting cases were combined and analyzed in conjunction with those from the teaching files of a single teaching institution. The following data were collected when available: age, sex, respiratory symptoms, past medical history, presence of Kabuki syndrome, associated tracheobronchial anomalies, anomalous arterial course, concomitant congenital heart disease and any additional non-cardiopulmonary malformation. All cases were reviewed by two board-certified radiologists with more than twenty years of combined experience in cardiothoracic radiology.
Data were analyzed using the IBM SPSS statistics (Version 27) predictive analytics software. In deciding between the Chi-squared test and the Fisher’s exact test for the analysis of categorical variables, our relatively small sample sizes (less than 30 for each cohort of anterior versus posterior PALPA) made the Fisher’s exact test the most accurate and appropriate test for the present study. To facilitate data analysis, PALPA with an anterior and anterior–inferior course were grouped together. Categorical variables analyzed included presence or absence of respiratory symptoms, tracheobronchial anomalies, left lower lung supply, cardiovascular anomalies other than PALPA, anomalies not of cardiovascular or tracheobronchial origin, and a reported diagnosis or suspicion of Kabuki syndrome. To allow for analysis, all categorical variables were codified with binary numerical values representing presence of absence of said variable (e.g., 1 = presence, 0 = absence) in the statistical software. Age represented the single continuous numerical variable analyzed via a two-sample t-test. Given that different publications reported age in different units (e.g., days, weeks, months, years), all ages were converted to days using the conversions 1 year = 365 days, 1 month = 4 weeks, and 1 week = 7 days to allow for the appropriate pooling of data.

PALPA is a complex condition characterized by its anterior or posterior course about the tracheobronchial tree. This anomaly is most often diagnosed in childhood, is commonly associated with congenital heart disease, tracheobronchial anomalies and extra-thoracic abnormalities, most often feeds the left lower lung and may be associated with complex genetic syndromes. Of the analyzed variables, the only statistically significant finding was that respiratory symptoms were more common in posterior PALPA, possibly due to a dynamic narrowing of the tracheobronchial tree by a sling morphology. Additionally, our study demonstrates that posterior PALPA is more common than previously thought. 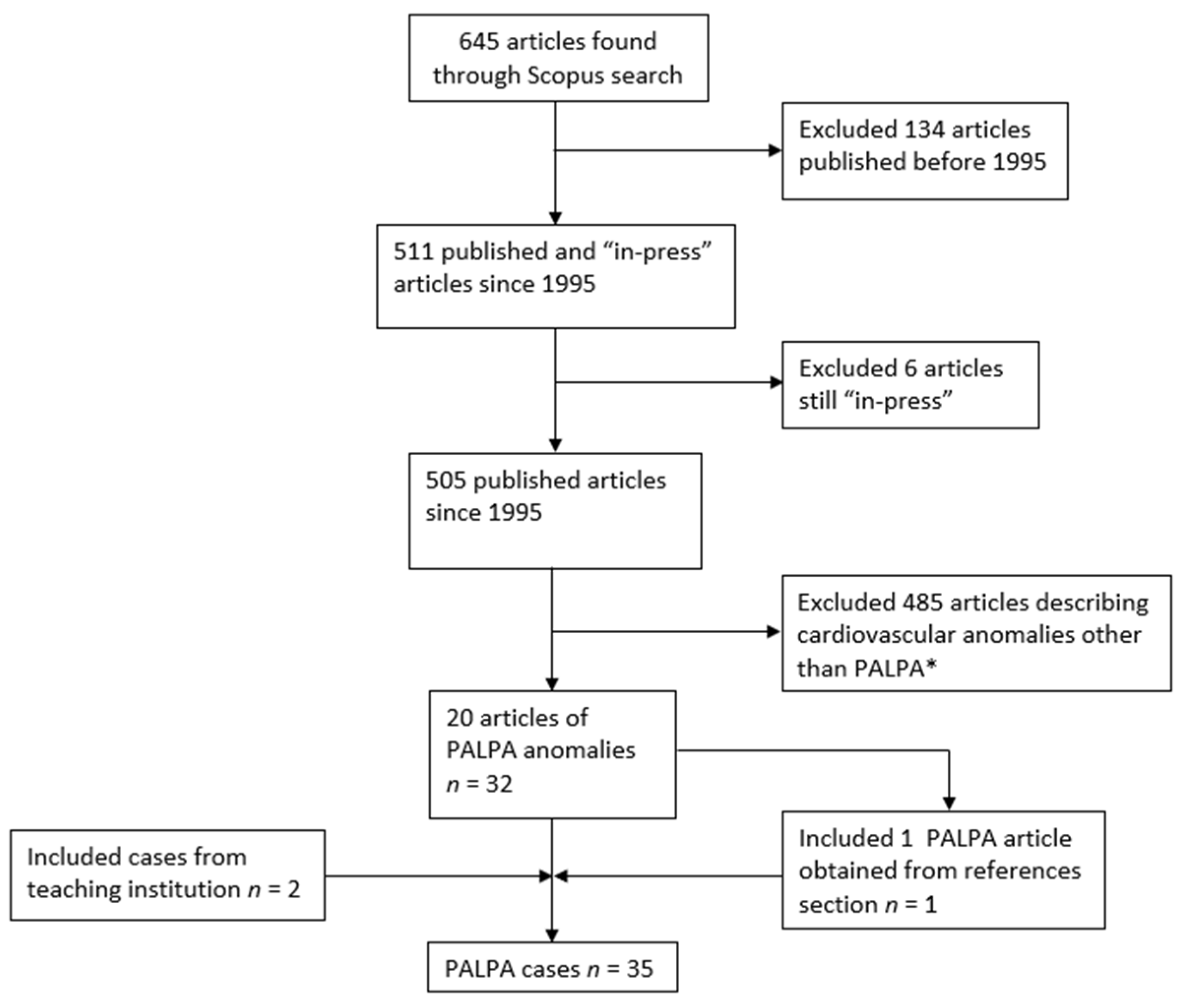 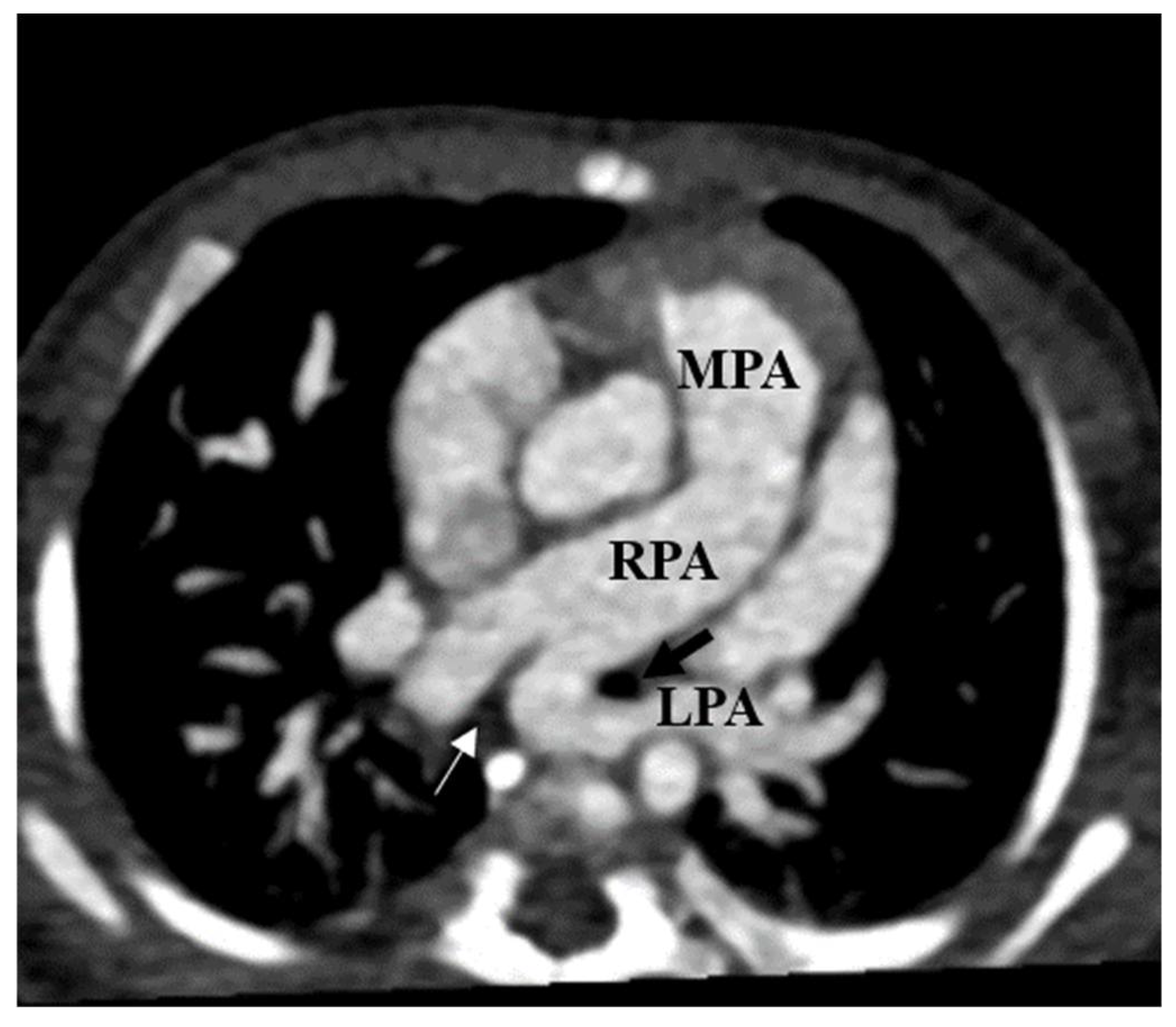