Neutron Radiography and Tomography of the Drying Process of Screed Samples

Well known concretes and screed types were selected for this experiment [5]. Lafarge EN 197-1 CEM I 52,5 R was prepared according to the data sheet ‘Der Blaue SP’ [16]. This concrete was used for two samples with two different sand-to-binder ratios. In this paper, the sample with the ratio 5:1 will be referred to as ‘CEM I (G/Z = 5/1)’ and the sample with the ratio 6:1 will be called ‘CEM I (G/Z = 6/1)’.
The second material discussed in this paper is ‘Ardex A38 4-h-screed binder’, which was also prepared according to the data sheet’s instructions and will be referred to as ‘A38’ [17]. For all samples, sand of granulation from 5 to 8mm was used.
To compare all methods, several cuboids with dimensions of 6cm × 6cm × 3.5cm were produced for every sample, since the CM method is destructive. Figure 1 shows the formwork before the screed was added. The electrical sensors were placed in the samples (shown in Figure 1), which were also used for the neutron radiography experiments. Between measurements, all samples were stored in a climatic chamber at a temperature of 22 C and a relative humidity of 45. To compensate for the small sample size, the samples were wrapped in an adhesion film apart from the top sides; this is shown in Figure 2c. This simulated the environment at construction sites. The adhesion film must be removed shortly before the NR measurements because the foil consists of hydrogen.
Neutron tomography was conducted using the equivalent setup as NR, but a shorter exposure time of two minutes per image was selected. To reduce image artefacts a cylindrical CEM I (G/Z = 6/1) sample with a radius of 3.5 cm and a height of 4 cm was used. The sample is placed on the rotary table between shutter and scintillator. The rotation of the sample is controlled with a stepper motor through a computer program for three-dimensional tomographic measurements. By using the ‘Octopus Reconstruction’ software the filtered back-projection method was applied to create a three-dimensional image, which was coloured with the ‘VG Studio MAX’ software [18,19].
The depth analysis of the drying process is described in Figure 2d. Firstly, the image created by NR must be aligned with the calibration image to calculate the moisture content according to Equation (6). A precise alignment was achieved by location markers on the sample table and a computer algorithm which translated pixels accurately. After this procedure, the image, which can be seen in Figure 2d, shows the water content of the sample at every pixel of the image. To prevent errors created by measuring the neutron transmission through the electrical sensor, which placed in the middle of the sample (shown in Figure 2b), an algorithm was applied. This algorithm calculates the averages of all values in the orange box of Figure 2d along the horizontal green line according to Equation (7). The blue box in Figure 2d represents the values which are used to normalise the images, since the neutron flux of the TRIGA reactor slightly fluctuates.

The analysis of the drying process depending on the depth is a main goal of this experiment. The drying characteristics of all samples displayed in Figure 3 are fundamentally similar to each other. Due to the adhesion foil, shown in Figure 2c, that is wrapped around the bottom and lateral sides of the sample, evaporation occurred primarily at the top surface. Both CEM I samples show a thin layer of approximately 0.6cm that is significantly dryer than the fairly homogeneously distributed rest of the sample. The difference in diffusion between the water solved in the material and the water in the air would explain this phenomenon. Furthermore, the CEM I samples were slightly wetter than the A38 samples because of a higher amount of water was required for the preparation process.
Figure 4 was created similarly to Figure 3, but instead of greyscale the images were coloured to illustrate the water content. Each pixel represents the moisture content of the sample at its specific location. To reduce the background noise, a filter was applied, so that pixels with low moisture content now appear in white.
Once more, it is illustrated that the upper part of the samples dried faster than the rest. This representation enables an illustration of the structure of the water distribution. One can identify that the water gathers in small grainy microstructures in the space between the sand particles.

The comparison of neutron radiography with the complimentary methods confirms the reliability and high accuracy of NR. Figure 5 consists of three subplots comparing the established methods with NR.
One can see in Figure 5a that the results of the Darr method and NR are consistent, which means that NR confirms the reliability of the Darr method in measuring the water content of concrete or screed samples. However, the comparison with the CM method in Figure 5b shows significant differences, especially at high moisture content values; these discrepancies can also be seen in Figure 5c. The high inaccuracy of the CM method at high water content has been confirmed in the literature [4,5]. Due to the technical possibility to measure the moisture content at any location in the sample with NR, the water content is illustrated over time and location in Figure 6.
The comparison in Figure 6 shows the previously discussed phenomena again. There is a thin layer on the top of the screed which dries disproportionately faster; the subplots regarding the A38 sample confirm this behaviour. The dry layer on the top of the CEM I is not detected by the sensors, because the highest sensor is located under this layer. In Figure 3, one can see that the dry layer in the A38 sample is thicker; both methods show a similar thickness of these disproportionate dry layers. Moreover, the reliability of NR is also confirmed by the electrical sensor systems.

A completely dried CEM I (G/Z = 6/1) was selected for the NT measurements, since the moisture content of a wet sample would change during the measuring process. The three-dimensional visualization was reconstructed out of 251 images of the sample; thereby the sample was rotated for 0.72 between each measurement. Although the sample’s dryness is close to the calibration point, water is highlighted; this water is chemically absorbed.
The illustrations in Figure 7 show that materials with higher macroscopic neutron cross sections are more likely to be located near surface area: The red dots are pores in which water can be found and can be seen to be more frequent in the periphery of the sample. Moreover, it can be observed that water gathers in small grainy microstructures, which is consistent to the results of NR (Figure 4).

The comparison of neutron radiography with the established methods confirms that NR is superior due to its much better resolution, sensitivity, and non-destructive character in detecting hydrogen in various materials. In addition, the Darr method and the electrical sensor system have been proven as a reliable method to measure the water content in concrete or screed samples. However, the CM method showed high inaccuracy at high levels of moisture content. NR and NT facilitate the technical possibility of two- and three-dimensional analysis of the drying process, which contribute to a better understanding of the drying characteristics. A thin layer of disproportionate dryness was observed at the top of the samples. The two- and three-dimensional illustrations show that water gathers in small grainy microstructures.

L.K. carried out the experiment and analysed the data. L.K. wrote the manuscript with support from M.Z and H.A. M.Z. and H.A. helped supervise the project. All authors have read and agreed to the published version of the manuscript.

Special thanks to the TKB (Technische Kommission Bauklebstoffe) for administrative and technical support. Moreover, electrical sensors, samples, and the CM measure vessel have been contributed to this project by TKB. Technical knowledge and approaches have been shared to improve this project’s quality. The authors acknowledge TU Wien Bibliothek for financial support through its Open Access Funding Program. 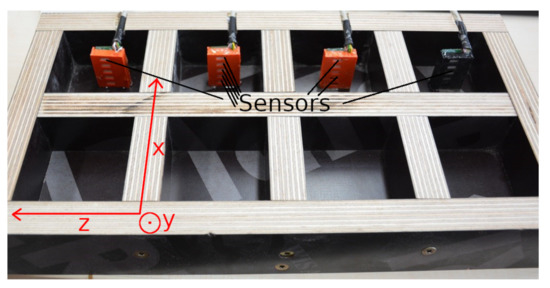 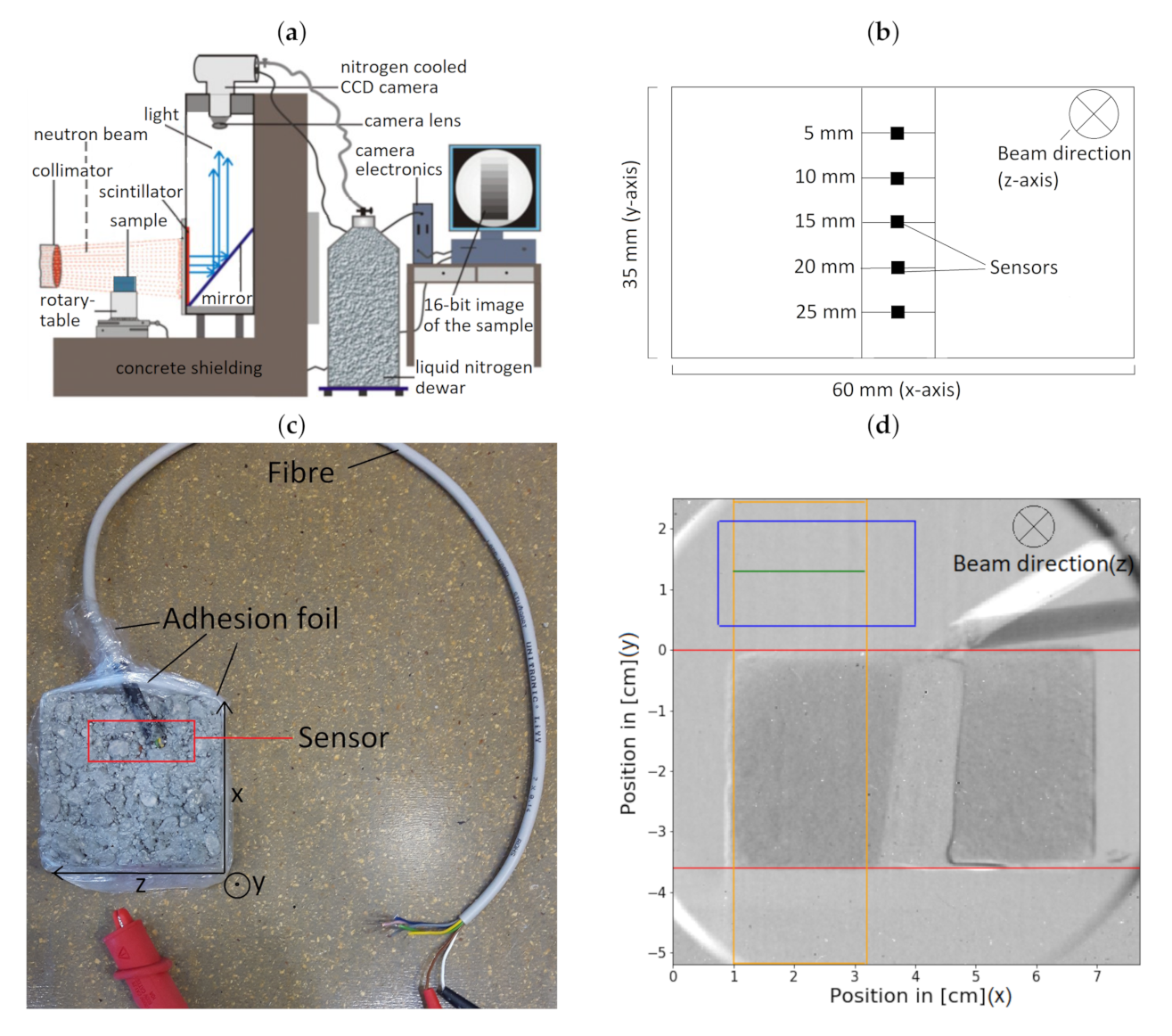 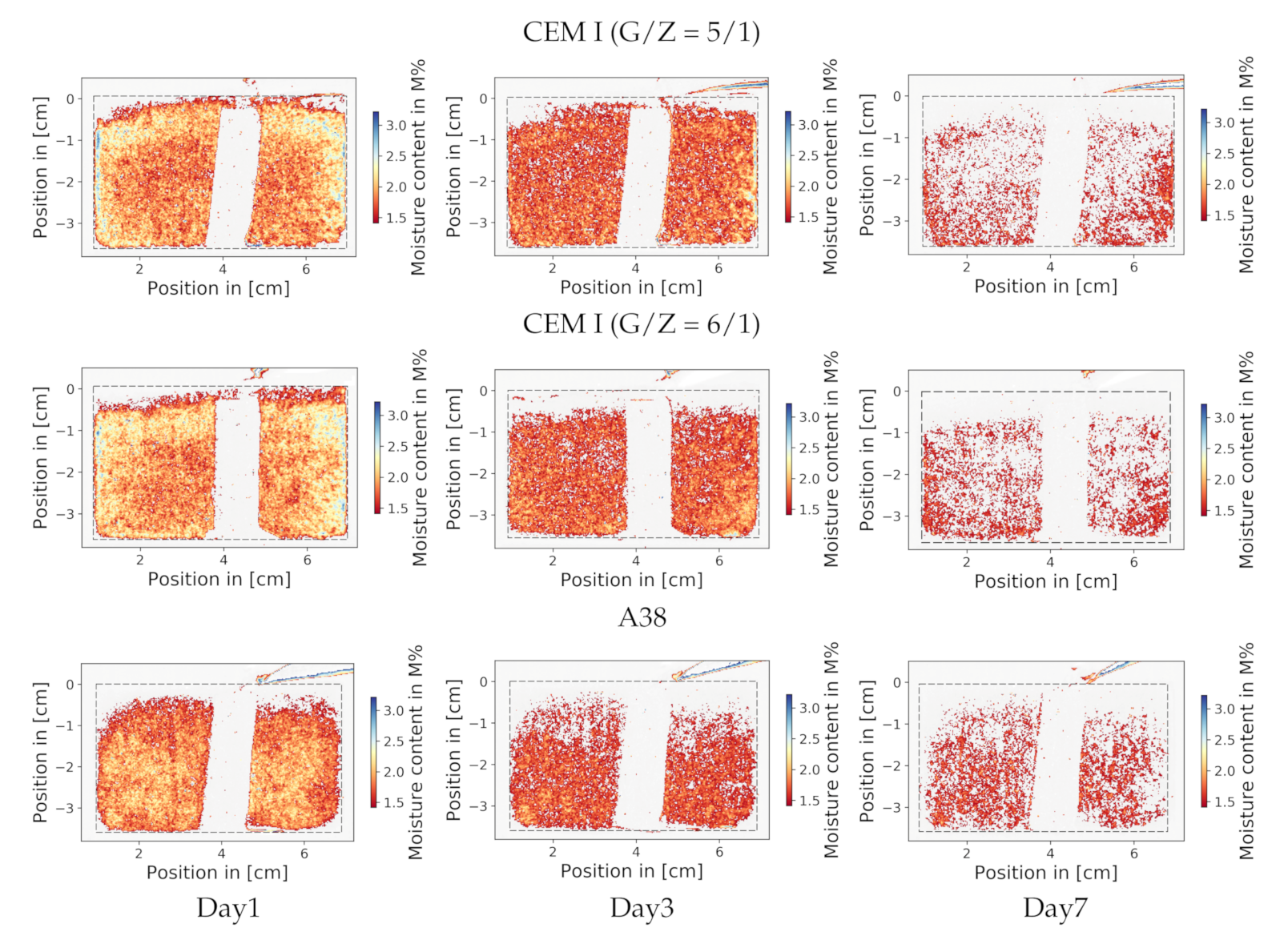