Fuel cell driven cars belong to the ‘zero emission’ vehicles and should contribute to lower CO2 emissions. However, they contain platinum, which is known as a critical material in the European Union. This study investigated the potential contribution of recycling fuel cell vehicles (FCV) to satisfy the platinum demand arising from a widespread deployment of fuel cell vehicles in Europe. Based on a qualitative examination of the four consecutive steps in the recycling chain (collection, dismantling, disassembly and pre-processing, material recovery) of fuel cell vehicles, two recycling scenarios were developed. Using dynamic material flow analysis, these two recycling scenarios were applied to two scenarios for the market penetration of fuel cell vehicles in nine European lead markets to deliver both the associated impact on platinum demand and the contribution of recycling for meeting this demand. The diffusion of FCV in Europe will not cause a depletion of platinum resources in the short term, as the calculated 537.06 t and 459.24 t in cumulative platinum requirements are far below the currently estimated global reserves. However, concerns regarding the future development of platinum supply and demand remain. View Full-Text
Keywords: fuel cell; end-of-life vehicle; electric vehicle; recycling; material flow assessment; STAN fuel cell; end-of-life vehicle; electric vehicle; recycling; material flow assessment; STAN
►▼ Show Figures 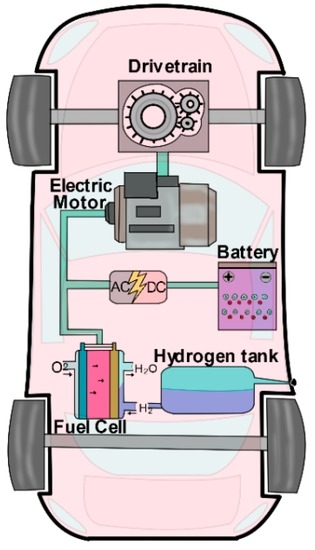