Laboratory-generated synthetic soot from benzene and benzene–thiophene was neodymium-doped yttrium aluminum garnet (Nd:YAG) laser and furnace annealed. Furnace annealing of sulfur doped synthetic soot resulted in the formation of micro-cracks due to the high pressures caused by explosive sulfur evolution at elevated temperature. The heteroatom sulfur affected the carbon nanostructure in a different way than oxygen. Sulfur is thermally stable in carbon up to ~1000 °C and thus, played little role in the initial low temperature (500 °C) carbonization. As such, it imparted a relatively unobservable impact on the nanostructure, but rather, acted to cause micro-cracks upon rapid release in the form of H2S and CS2 during subsequent traditional furnace heat treatment. In contrast, Nd:YAG laser heating of the sulfur doped sample acted to induce curvature in the carbon nanostructure. The observed curvature was the result of carbon annealing occurring simultaneously with sulfur evolution due to the rapid heating rate. View Full-Text
Keywords: laser annealing; soot; graphitization; puffing laser annealing; soot; graphitization; puffing
►▼ Show Figures 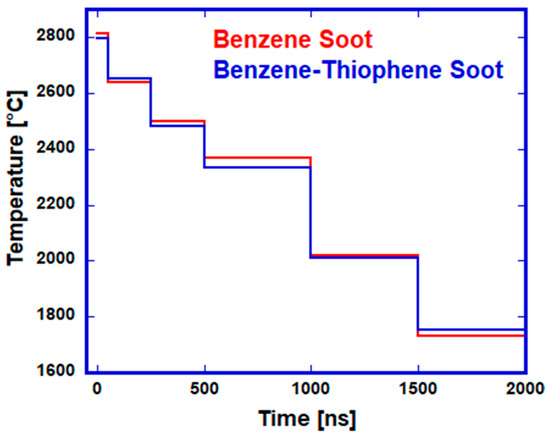