Driving Outcomes among Older Adults: A Systematic Review on Racial and Ethnic Differences over 20 Years

The population of older adults (aged 65 years and older) in the United States will become more racially and ethnically diverse in the next three decades. Additionally, the growth of the aging population will come with an expansion in the number of older drivers and an increased prevalence of chronic neurological conditions. A major gap in the aging literature is an almost exclusive focus on homogenous, non-Hispanic white samples of older adults. It is unclear if this extends to the driving literature. A systematic review of SCOPUS, PubMed, CINAHL Plus, and Web of Science examined articles on driving and racial/ethnic differences among older adults. Eighteen studies met inclusion criteria and their results indicate that racial and ethnic minorities face a greater risk for driving reduction, mobility restriction, and driving cessation. The majority of studies compared African Americans to non-Hispanic whites but only examined race as a covariate. Only four studies explicitly examined racial/ethnic differences. Future research in aging and driving research needs to be more inclusive and actively involve different racial/ethnic groups in study design and analysis. View Full-Text
Keywords: race; ethnicity; disparities; driving; older adults; health race; ethnicity; disparities; driving; older adults; health
►▼ Show Figures 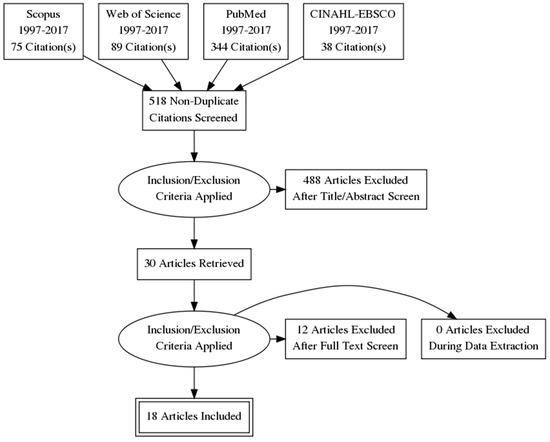