Three falcarinol-type C17-polyacetylenes (FaTP) found in carrots have been reported to have both positive and negative traits for human consumption [1,2]. For example, falcarinol (FaOH) has been shown to exert cytotoxic activity against human tumour cells [3] and to stimulate differentiation of mammalian cells at concentrations down to 1 ng/mL, but to show toxic effects at concentrations above 1000 ng/mL [4]. Falcarindiol (FaDOH), a bitter-tasting constituent in carrots [5], is reported to be part of the plant’s defence against fungal infections [6]. Falcarindiol 3-acetate (FaDOAc) has been described as more cytotoxic than FaDOH [7].
Falcarinol is reported to be the precursor to the two other FaTP, with FaDOH being the result of oxidation of FaOH, and FaDOAc being synthesised from FaDOH [8,9]. Both FaDOH and FaDOAc have been shown to be more abundant in the upper and outer parts of the root, while FaOH is more evenly distributed throughout the carrot root [10,11,12]. A more comprehensive description of FaTP in carrots can be found in [13].
Grown under field conditions, carrots exhibit considerable variation in FaTP concentrations depending on, e.g., size [14], the genotype used [10,14,15], stress arising from the growing conditions [16], pathogens [17,18,19,20] and processing [4,10,14,21,22,23,24,25,26].
In a study using samples from four different locations in Sweden, harvested repeatedly during three years, we previously reported seasonal variations in the concentrations of FaDOH, but also differences in the concentrations of FaTP, depending on the location of the cultivation [27]. Analyses of the same set of samples also indicated the existence of an equilibrium regulating the level of FaOH that is influenced by different external factors, such as location of carrot growth and storage conditions [28].
In another study, we examined the influence of different organic manures on FaTP concentrations in carrots [29]. The samples used were collected from a long-term field trial. The results, based on 288 carrot samples, indicated that differences in FaTP concentrations arising from manuring strategies were rather small and inconsistent [29].
In general, soil traits have been reported to influence both growth and quality in carrots [30,31]. Three major investigations have examined the effects of soil traits on FaTP concentrations in carrots. Lund and White [16] found that, compared with a control, carrots grown under either excess or deficiency of soil water exhibited decreasing concentrations of all three major FaTP. Czepa and Hoffmann [10] compared carrots grown in three different soils and, without describing the traits of the soils, concluded that differences in the cultivar used were more important for the composition of FaTP than soil type. Kramer et al. [32] conducted an experiment similar to that of Lund and White [16] and concluded that carrots grown either with low or high water supply exhibited different levels of FaTP than carrots with a moderate water supply, again with different cultivars responding differently to the same treatment.
As FaTP are reported to contribute important properties of the carrot root and also to be highly dependent on external factors, a better understanding of the correlation between soil conditions and polyacetylene concentrations is essential. Therefore, the present study investigated whether the chemical composition of the soil influences FaTP concentrations in carrots.

Organic carrots, cv. Kämpe, an open-pollinated carrot of the Chantenay type, grown from seed obtained from Lindbloms Frö, Sweden, were harvested on three occasions (in total 144 samples) from a long-term field experiment at Skilleby research farm, Sweden (59.2° N, 17.4° E). The field experiment, described more in detail elsewhere [29], was established in 1991 to compare the influence of different organic manures on the properties of soils and crops. The design of the field trial is given in Figure 1.
Some of the carrot samples used were also analysed in our earlier study examining the influence of organic manures on carrot crops [29]. However, within the framework of that study it was not possible to make a more thorough analysis of the influence of soil chemical composition on FaTP concentrations in carrots.
The soil at the field trial site is mainly a clayey loam, with an organic carbon content of between 1.9% and 2.9%. The soil under the topsoil is stratified, with glacial layered clay at the bottom. The topsoil has undergone secondary sorting of the soil fractions (post-glacial clay, loam and silt) since the last ice age. The soil is generally high in potassium (K) and low in phosphorus (P) and has a pH between 5.7 and 6.5.

Sampling for soil analysis was performed in all 48 plots of the field trial on 10 September 2006. Harvesting of carrots was performed in all 48 plots on three occasions during August and September 2006 (for harvesting dates see Table 1). Each carrot sample, consisting of 40–60 roots, was collected from 6–7 spots distributed all over each of the 48 field trial plots. The carrots were brought to the laboratory in cold storage boxes within 24 h. Weight, length, maximum diameter and mean thickness were determined on each root from all samples. After morphological analysis, the upper and lower ends of each carrot were removed and the remainder of the root was cut into cubes 0.5–1.0 cm in thickness. Approximately 60 g from each sample were frozen and kept at −80 °C. Before chemical analysis of FaTP and soluble sugars, all samples were freeze-dried and milled to a powder using an Ika-werke Yellow line type A10 mill from Staufen, Germany. Chemical analyses were performed directly after milling. Each sample was extracted in triplicate and each extraction was analysed separately.

Samples were analysed for their FaTP content by HPLC using a 100 mm × 3 mm, particle size 3 µm, Luna C18 (2) column (Phenomenex, Torrance, CA, USA) at 40 °C, combined with an Agilent 1100 HPLC system equipped with a diode-array detector (Agilent Technology, Santa Clara, CA, USA) according to methods described elsewhere [1,33], with modifications described earlier [27]. The concentrations of FaTP were expressed as μg FaDOH equivalents/g DW by using an external certified standard of FaDOH from Atomax Chemicals Co. (Shenzhen, China). By dividing the linear constant of the internal standard, 4-chlorobenzophenone, at 205 nm by the corresponding constant for FaDOH at 205 nm, a factor of 1.235 was obtained and used to express the concentrations of polyacetylenes.

Soil samples from the upper soil layer (0–30 cm) of each of the 48 plots of the field trial were sent to Agrilab (Uppsala, Sweden), where they were analysed according to common standards: Total carbon (C) and nitrogen (N) content were measured with a LECO CHN 600 element analyser (SS-ISO 11464). Available P, K, calcium (Ca), magnesium (Mg) and sodium (Na) were analysed after extraction in ammonium lactate (AL) solution (SS 028310), total P, K, Mg, Ca and copper (Cu) were determined according to SS 028311 after extraction in hydrochloric acid (HCl) and pH was determined according to SS-ISO 10390.

At the final harvest, mean root weight was 109 g, which is moderate. Mean total concentration of FaTP was 600 µg FaDOH equivalents/g dry weight (DW) and the mean contribution of the different FaTP to the total concentration was: FaDOH 76.2%, FaOH 16.2% and FaDOAc 7.6% (Table 1). This is in accordance with our earlier findings [29]. The concentrations of all three FaTP were higher at the first two harvests than at the harvest on 24 September (Table 1).
At the time of soil sampling (10 September), mean root weight was 66 g and mean concentration of FaTP was 701 µg FaDOH equivalents/g DW, with considerable variation between the samples (Table 1).

3.1. Soil Conditions within the Field Trial

A novel finding in this study was that the chemical composition of the soil influences the concentrations of FaTP in carrots. Carrots grown in soil generally low in available phosphorus had higher levels of FaDOH if the soil was also low in available magnesium and calcium. The FaTP concentrations were positively correlated with the total level of phosphorus in the soil, but negatively correlated with the total level of soil potassium. Of the three FaTP analysed in carrots, FaDOH concentrations were influenced most by changes in soil chemical composition, with high levels of FaDOH more likely to occur when the soil conditions were poor.

The authors would like to express their warm appreciation to the Ekhaga Foundation in Stockholm and the Software Foundation in Darmstadt, Germany, for their financial support. 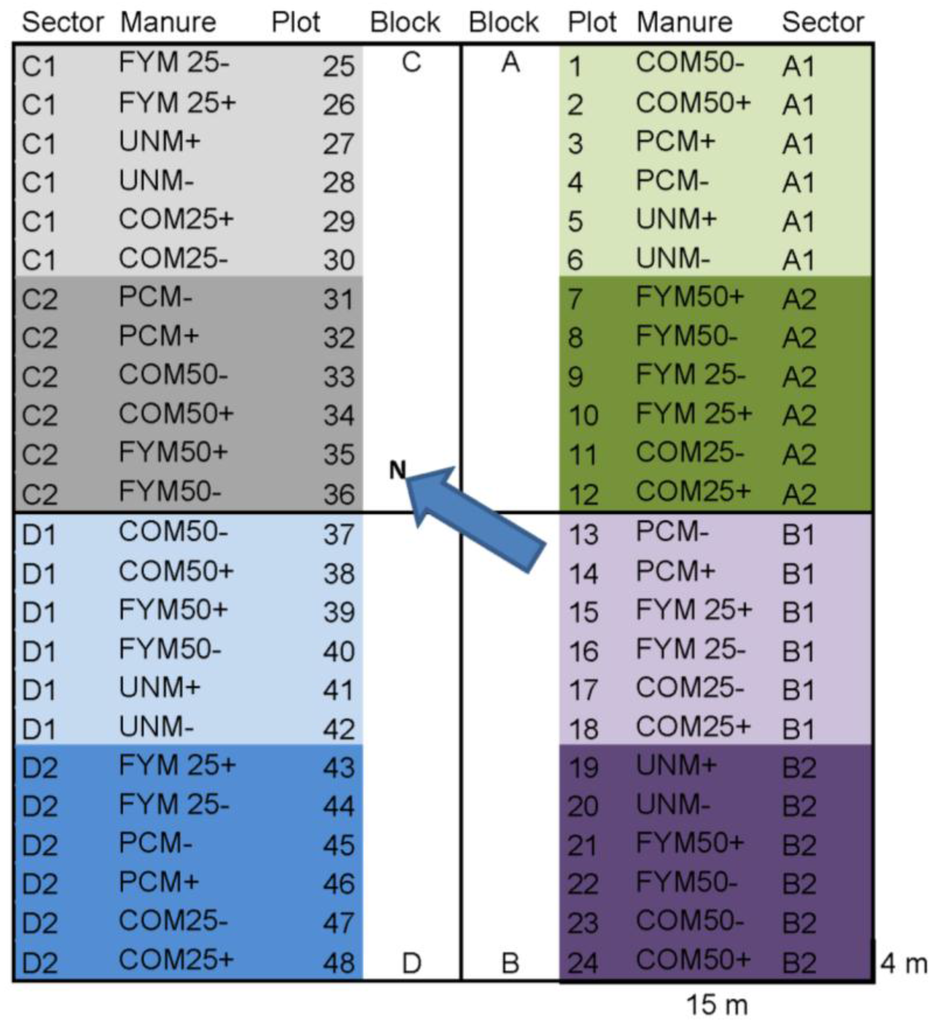 Table 1. Sampling date, sum of precipitation and temperature at the time of sampling and mean traits of carrot samples harvested on three different occasions in 2006. Means within the same row followed by different letters are significantly different according to one-way ANOVA with Duncan’s post-hoc test (p < 0.05). n = 48.
1 Sum of precipitation and sum of mean daily temperature 2006, from 1 April until harvest; 2 Quantified as FaDOH equivalents.

Table 2. Mean soil parameters in each of the eight sectors (A1–D2) within the field trial. Sampling date 10 September 2006. Means within the same column followed by different letters are significantly different according to one-way ANOVA with Duncan’s post hoc test (p < 0.05).

Table 3. Concentrations of FaTP, concentrations of soluble sugars and root weight in carrot samples from different sectors of the field trial at the three harvests in 2006. Means within the same section of a column followed by different letters are significantly different according to one-way ANOVA with Duncan’s post hoc test (p < 0.05).
1 Quantified as FaDOH equivalents.

Table 5. Quartiles of soil parameters in relation to FaTP concentrations and root weight at harvest on 10 September. n = 48. Means within the same section of a column followed by different letters are significantly different according to one-way ANOVA with Duncan’s post hoc test (p < 0.05).
1 Quantified as FaDOH equivalents.