A Short Form of the Children’s Experiences of Dental Anxiety Measure (CEDAM): Validation and Evaluation of the CEDAM-8
Previous Article in Journal

Hair Cortisol Concentrations Are Associated with Dental Anxiety during Pregnancy

:
Dental anxiety (DA) and hair cortisol concentrations (HCC) are associated with psychological symptoms and vary during pregnancy. We aimed to examine the association between HCC and DA at two points of pregnancy. Participants were pregnant mothers (n = 533) drawn from the FinnBrain Birth Cohort Study donating a hair sample at gestational week (gwk) 24 (n = 442) and/or at delivery (n = 176) and completed questionnaires on DA. Two groups, HCC1 and HCC2, treated as separate in the analyses, were formed according to the hair sample donation time i.e., gwk24 and delivery. 85 subjects were included in both groups. MDAS, EPDS, and SCL-90 were used to measure DA, depressive and anxiety symptoms, respectively, at gwk14 for the HCC1 group and gwk34 for the HCC2 group. The association between DA and HCC was studied with a binary logistic regression model, adjusted for anxiety and depressive symptoms, age, BMI, and smoking status. Individuals with high DA had lower HCC levels at gwk24 (OR = 0.548; 95% CI = 0.35–0.86; p = 0.009), but the association was not statistically significant at the delivery (OR = 0.611; 95% CI = 0.28–1.33; p = 0.216). The independent association between HCC and DA in pregnant women suggests that long-term cortisol levels could play a role in the endogenous etiology of DA. Further studies are however, needed.
Keywords:
dental anxiety; hair cortisol; depression; general anxiety; FinnBrain

In this study, we found that individuals with high dental anxiety had lower HCC levels when adjusted for depressive and general anxiety symptoms in the second trimester of the pregnancy, but the difference was not evident at the end of the pregnancy. Only anticipatory dental anxiety correlated with lower HCC levels during the second trimester of pregnancy.
This is, to our knowledge, the first study reporting on the association between long-term cortisol levels and dental anxiety. Our findings that HCC and dental anxiety were associated to the second trimester of pregnancy, but not at delivery, is aligned with other studies finding an association between prenatal psychological distress and HCC in mid-pregnancy [32,46,47,48], but not at the time of delivery [49,50]. The association sustained when adjusting for confounders. The fact that the association between HCC and dental anxiety was not statistically significant might be due to changes in cortisol levels and attenuated reactivity of HPA towards the end of pregnancy [24]. Decreased HCC levels in mothers experiencing high levels of dental anxiety is aligned with the results of previous studies of participants with generalized anxiety disorder and pregnancy-related anxiety and decreased HCC [32,51].
The cohort is very well characterized and the pipeline for collection of questionnaires and hair is systematic, ensuring the consistency of data collection. The biological sample sizes for HCC are relatively good compared to other studies during pregnancy [31]. The use of validated questionnaires is another strength.
However, the study also has limitations. The number of participants with high dental anxiety in the HCC2 group was small, which might be another reason for the not statistically significant association between HCC and dental anxiety. When comparing to the results on the entire population (n = 1984) from the same cohort, the prevalence of high dental anxiety and MDAS sums were slightly lower in both HCC groups (7% vs. 5%), whereas their anticipatory dental anxiety scores were slightly higher [23]. Prevalence of high dental anxiety was also lower in this study population than among a nationally representative sample of adult women of the same age (8% vs. 5%) in Finland [52]. These findings cannot be generalized to the non-pregnant population or other populations of different age or sex on which further studies are needed.

The independent association between HCC and dental anxiety suggests that long-term cortisol levels could play a role in the endogenous etiology of dental anxiety. As this is the first time such association is reported, and as the study was limited to pregnant women, replications in other populations are called for. In addition, whether this association is mediated via long-term stress or changes in HPA reactivity, needs further research.

This research was funded by the Academy of Finland (grant #134950 to HK and grant #308176 to LK), Jane and Aatos Erkko Foundation, Signe and Ane Gyllenberg Foundation, and State Research Grants. AJR is funded by FCT under the project PTDC/MED-NEU/29071/2017.

This study was conducted according to the guidelines of the Declaration of Helsinki and approved by The Intermunicipal Hospital District of Southwest Finland has given an ethical clearance for the FinnBrain Cohort Study in 14.6.2011 (14.6.2011 ETMK:57/180/2011 § 168). All participants gave signed informed consent for the study.

Data not available due to restrictions related to privacy and ethical issues. 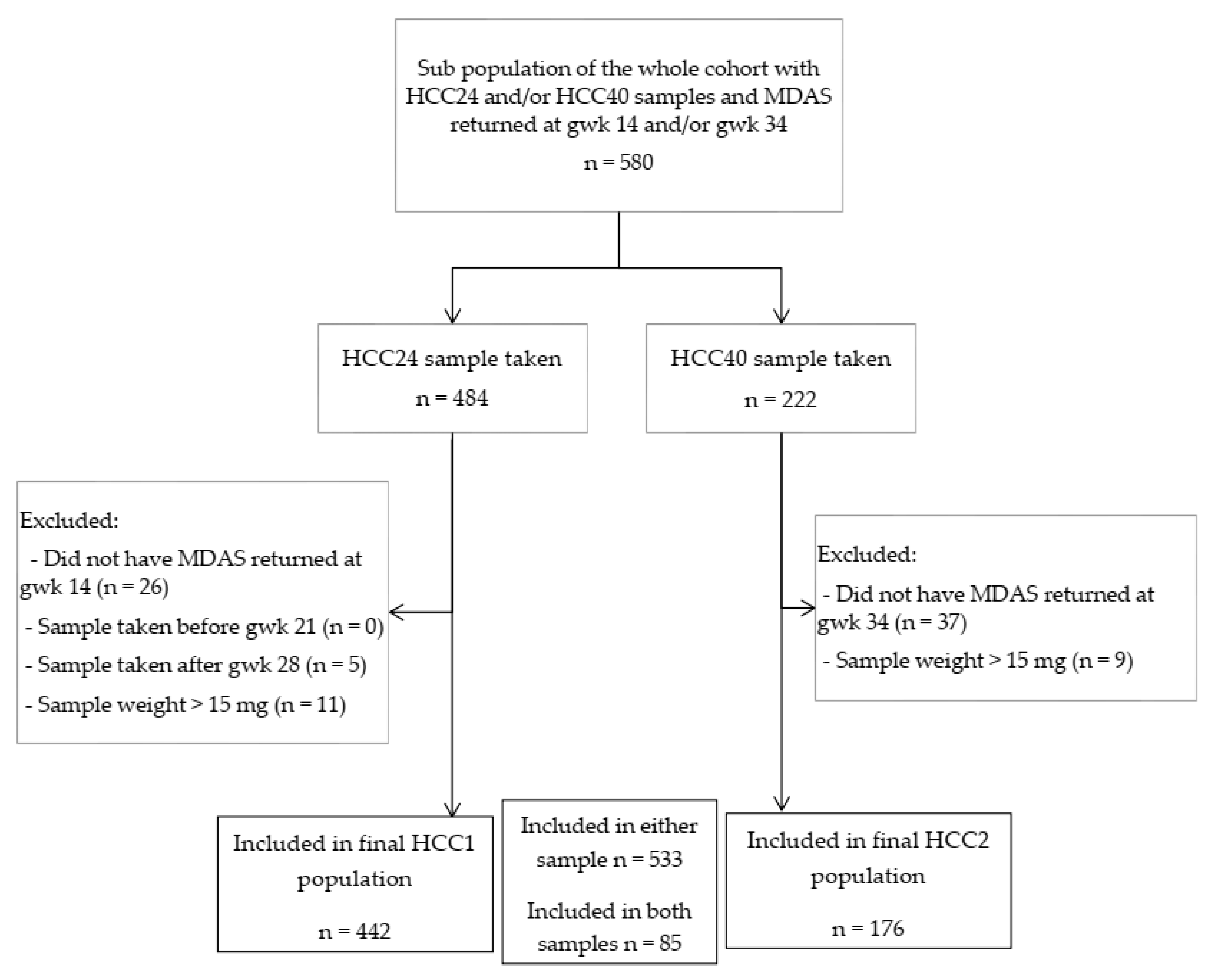